SQUASH: This is where it starts getting lively

In light of Crisis’ new research[1] into squatting and homelessness the government’s proposals for the criminalisation of squatting seems increasingly misguided and wrong. Yet the ‘consultation’ process has magnificently failed to acknowledge the vast majority of groups who will be affected by the proposed legislation. Instead the consultation has been directed and addressed only to those who already consider squatting to be a problem. This demonstrates the government’s shocking lack of understanding in regard to the very issue it is proposing to legislate against, and equally -if not more – disturbingly, a straight-up lack of concern for for those who would be adversely affected by the legislation. 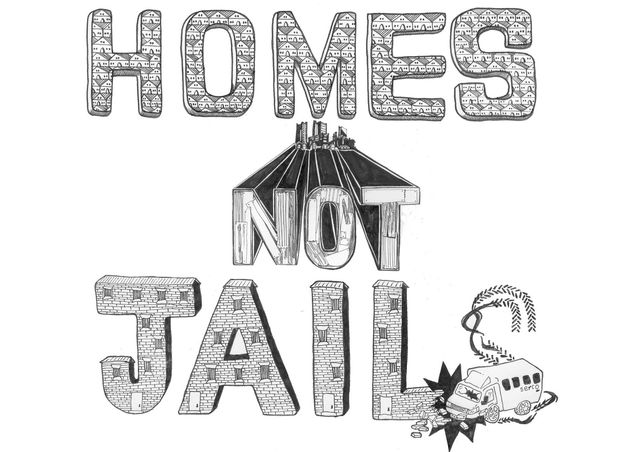 Squash called on the government to extend the consultation and ensure that all those who would be affected could be properly consulted but the Ministry of Justice declined to admit to any flaws in the consultation process.

As this ‘consultation’ ends it is understandable to feel a certain skepticism about what the goverment will do with any of the research or consultation responses which challenge the notion that squatting is a ‘problem’. The whole process appears to be more of a formality so that the government can say it has been ‘inclusive’ in its decision making process, when in practice this means virtually nothing.

In this case the government failed to even pretend to consult the people it should have, and the whole process looks even more pathetic than usual. Firstly, the summer break is not usually regarded as an appropriate time for holding public consultations. Secondly, the politicians pushing for the reforms don’t even seem to have a grasp of where the law currently stands on this issue; Ministers such as Grant Shapps have failed to clarify that squatting in someone’s home is already a criminal offence, and have instead been using such stories to emphasise how important it is the new legislation is pushed through. Thirdly, the whole consultation pretty much failed to involve those who would be affected adversely by any change in legislation, rendering even the appearance of some kind of open, fair process completely defective. The Ministry of Justice may have been communicating with some of the homeless organisations, but the point is that hard to reach groups are a little bit harder to reach than that. It is worth noting that the consultation was only accessible to those who had computer and internet access, who are able to read and write, and who were not put off by 22 biased and misleading questions. It is likely not to have reached the vast majority of people who will be affected by the proposed changes.

As the government enters into the next stage, Squash, alongside other concerned groups[2] will be holding the government to account over the decisions and conclusions it draws in regards to a change in legislation. We will be working to ensure they cannot silence the responses of those who did not give them the answers they wanted, and to make the voices heard who the government has made no efforts to listen to. The debate is far from over, this is where it starts getting lively.