#occupyLSX assembly at Block The Bridge

With the #WallStreetOccupation into its third week, plans are afoot in London for an occupation of the London Stock Exchange to be one the many occupations that are planned to begin globally on October 15th. Today people have been working on banners, and tomorrow those interested in joining the London occupation are invited to join a general assembly which has been called to take place at tomorrow's 'Block the Bridge' on Waterloo Bridge. 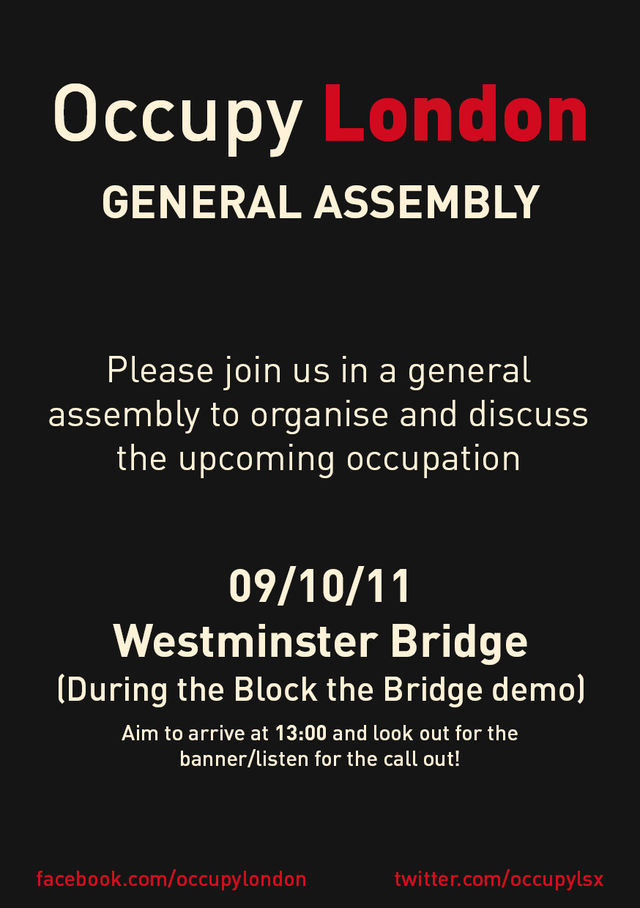 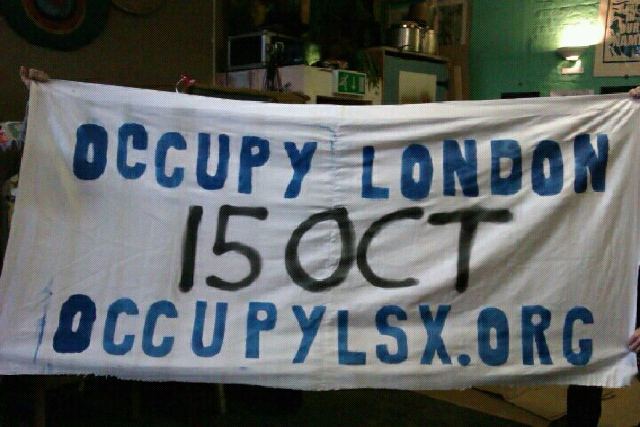 The banner to look out for

Aim to arrive for 1pm: Look out for the banner and listen out for announcements. Also if you have twitter on your phone, follow @OccupyLSX for updates.