Occupy Birmingham at the Fifth day

Some tends has joined the camp at Victoria Square. Donations of camp material has being essential for this. Today 50 people participated on the general Assembly. 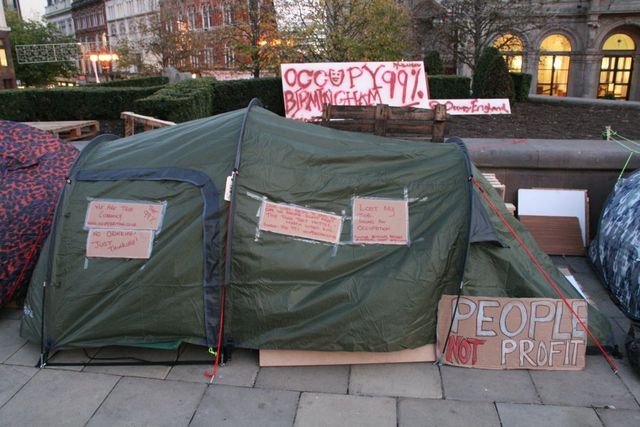 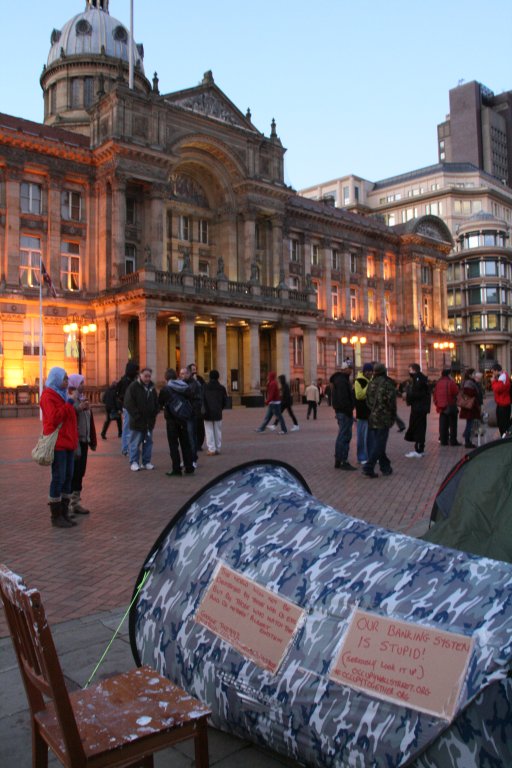 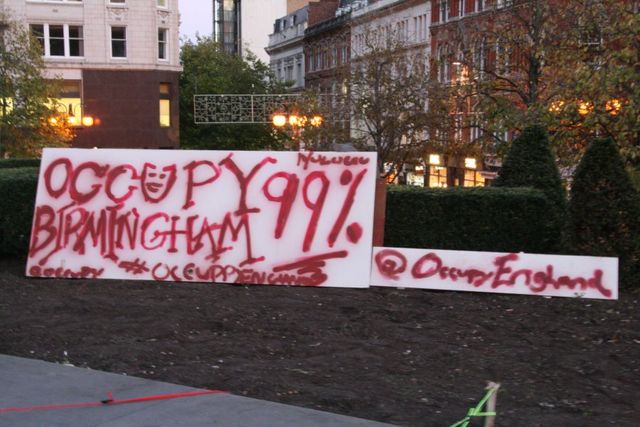 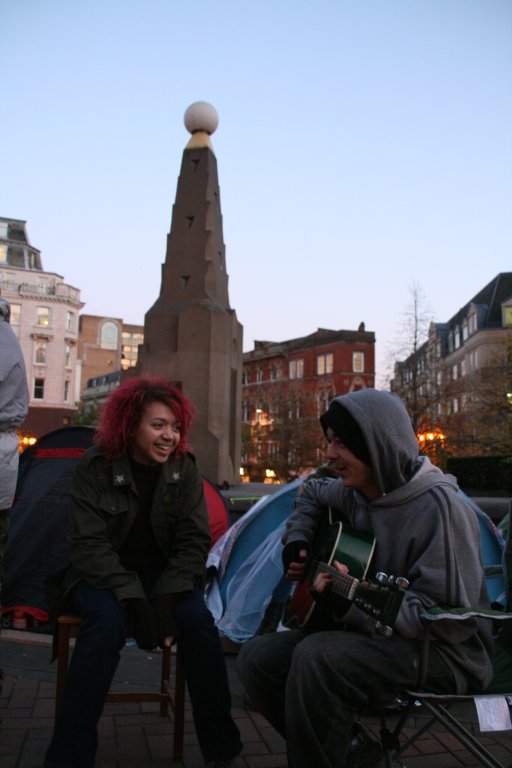 Some tends has joined the camp at Victoria Square. Donations of camp material has being essential for this. Today 50 people participated on the general Assembly.

The assembly has dealt with several issues, including the possible movement of the camp to other place. Information has being collected about the legal status of the camp. Some persons still working on it. The were a moment for the discussion about how to manage the Occupy Birmingham Facebook group [1]. The Facebook group is the main virtual coordination tool for Occupy Birmingham right now. People were concerned about the possibility of being it closed by Facebook, for example if an user adds comments with xenophobic content. Thus, a discussion about how to deal with the content of the group has being done. A working group has being created for writing the first establishment document. People proposals has been collected in order to have a draft of the document for next assemble that will be hold on Saturday. Volunteers for translating demands to different languages and flyers design has being collected.

Next general assembly is reported to will be hold at Victoria Square next Saturday 22nd October, initially it will started at noon.

More information can be found at: