Christian groups plan to come out in support of the Occupy protesters at St Paul’s with a ring of prayer around the protesters in the event they are forcibly removed.

The protest has become increasingly fraught, mostly on the church’s side, as the Cathedral was closed then reopened and legal steps to remove the protesters started last week. The church’s astonishingly poor handling of the affair was underlined by the resignation of canon Giles Fraser. Cathedral chaplain the Reverend Fraser Dyerhas also stepped down in protest at the decisions made by the Dean. 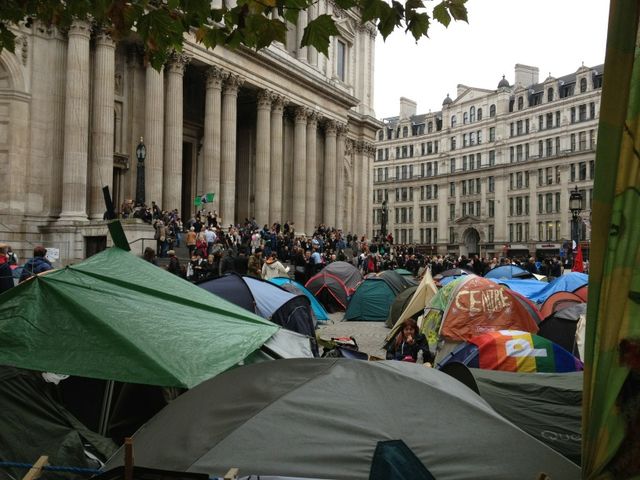 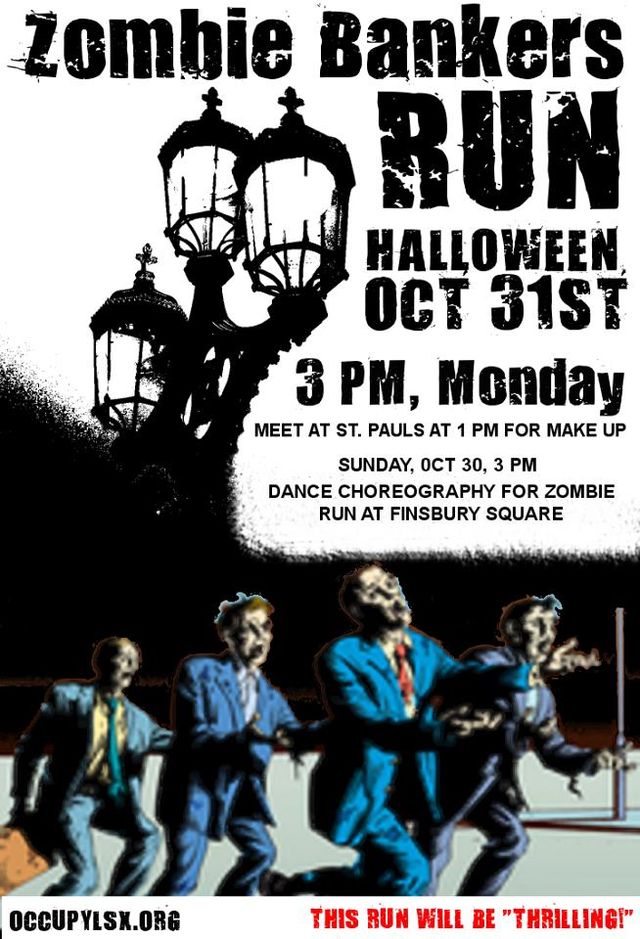 Some groups have also accused the church of being guided by fiscal concerns rather than spiritual ones while another embarrassing revelation today highlighted the suppression of a report by the St Paul’s Institute which criticises bankers’ morals.

The Bishop of London and the Dean of St Paul’s will meet Occupy protesters on Sunday morning where it’s expected they will request again that the protesters leave. They now have the backing of Boris Johnson, who has added his voice to the church’s calls for Occupy to retreat.

The Occupy protesters could hardly have asked for better publicity for their protest. Attempts to discredit their staying power by thermal imaging have been rubbished and made the subject of a complaint to the Press Complaints Commission (PCC), Liberty have offered to mediate between the opposing sides, Banksy popped down to donate some art (apparently now ‘vandalised’), senior church officials have effectively sided with them and a ring of praying Christian activists protecting them as the bailiffs wade in is pretty much guaranteed headline news. Not bad going for a protest with no real questions, let alone answers.

The libchrist website link above seems to have little if anything to do with the article. It's basically an advert for swinging christians to get together. According to libchrist, monogamy is not a fundamentally Christian concept and good Christians can enjoy more than one sexual relationship at a time.

Good luck to y'all. Bear in mind, though, on the anarchist side of things, that Emma Goldman, who was intellectually opposed to monogamy and in favour of complete freedom in sexual relationships never managed to overcome her jealousy when her partners took other lovers.

Now I'm going to try and make this comment relevant to the article... When the Christian protectors of the camp have done their bailiff banishing stuff, those of free love persuasion can maybe offer their services to warm up the chilly occupants of the tents and confound the media's thermal imaging programme.

Seriously, though, the idea of Christians standing up against the bailiffs to protect the camp is inspired, wonderful and full of the love we all need to create a better world. It is all the more impressive in view of the lack of solidarity often shown by non-Christian activists towards their Christian counterparts.

As Emma Goldman said, "The most vital right is the right to love and be loved." Something we would all do well to remember.