News just in from Occupy Newcastle 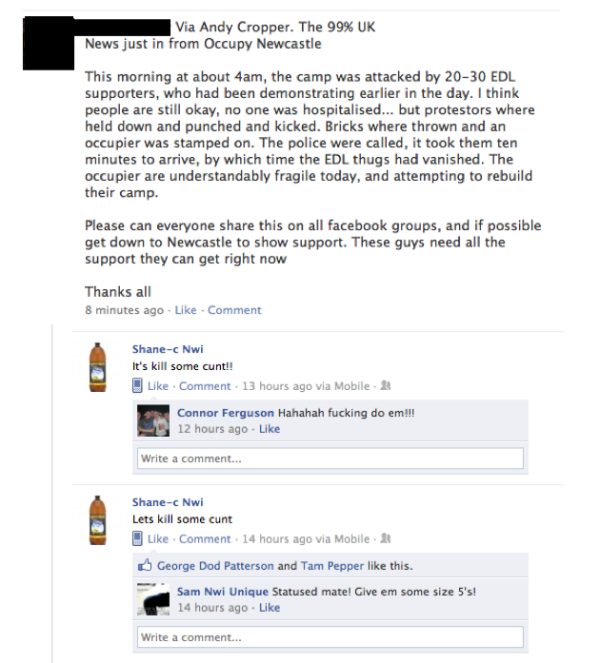 This morning at about 4am, the camp was attacked by 20-30 EDL supporters, who had been demonstrating earlier in the day. I think people are still okay, no one was hospitalised… but protestors where held down and punched and kicked. Bricks where thrown and an occupier was stamped on. The police were called, it took them ten minutes to arrive, by which time the EDL thugs had vanished. The occupiers are understandably fragile today, and attempting to rebuild their camp.