Details of all the events so far happening in London on th N9 Day of Action including students, construction workers, cabbies and occupy london 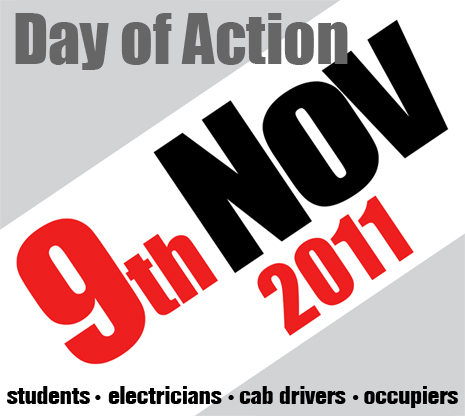 The route will take the march from its starting point on Malet Street, through Trafalgar Square and up the Strand, before passing St Pauls’s and rallying at Moorgate Junction. This follows the decision to march on the City, rather than to Parliament, in the midst of fresh financial crises and Occupy LSX.

Rank and file construction industry workers called for a day of action against the attack on pay and contracts conditions.

London taxi drivers will be holding a day of protest over attacks on the licensed taxi trade, organised by RMT union: