Wrexham Peace & Justice Forum, which has been actively working for peace and justice in and around Wrexham (and beyond) since 2003 has been chosen to receive the third annual Arthur Hewlett Peace Award. The award is made by the Movement for the Abolition of War and funded by a legacy left by the late Arthur Hewlett, founder member of the Quaker Peace Studies Trust. 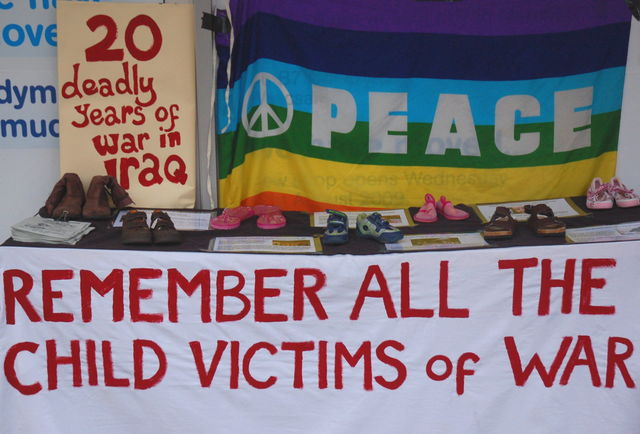 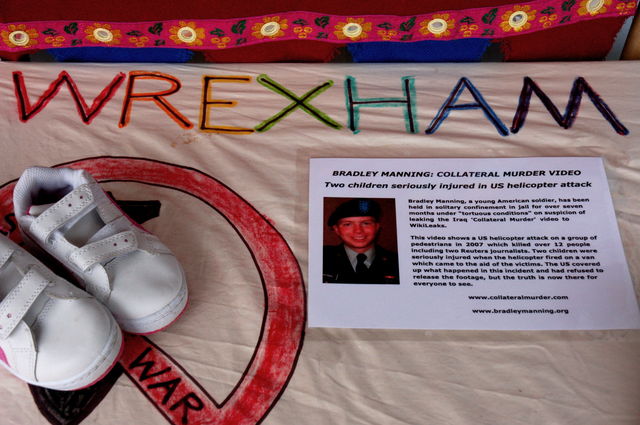 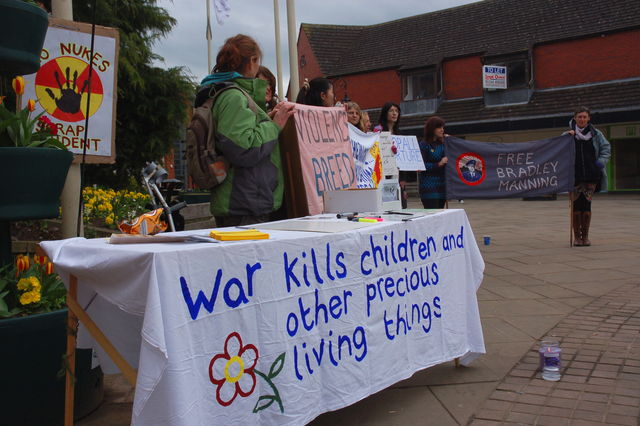 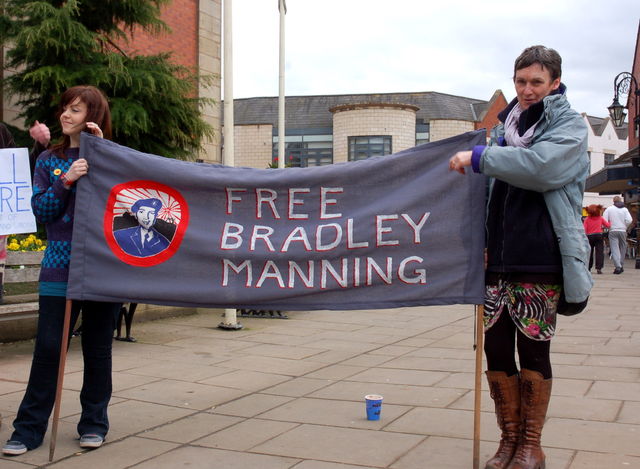 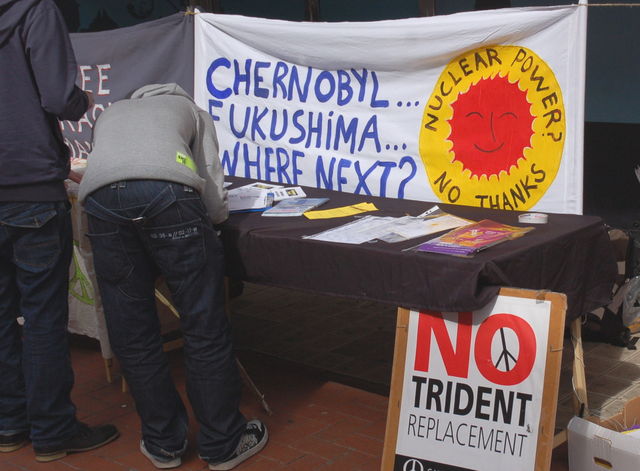 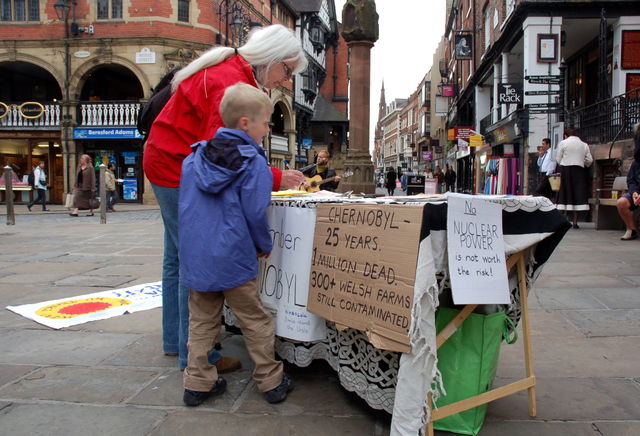 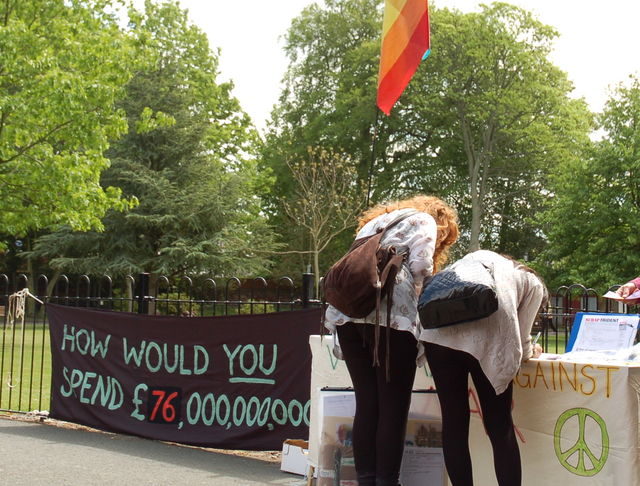 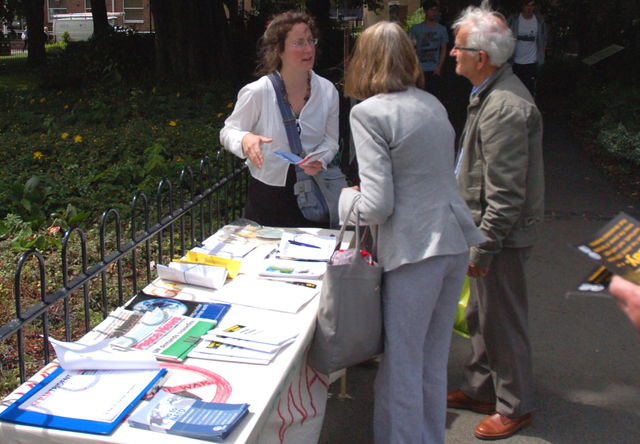 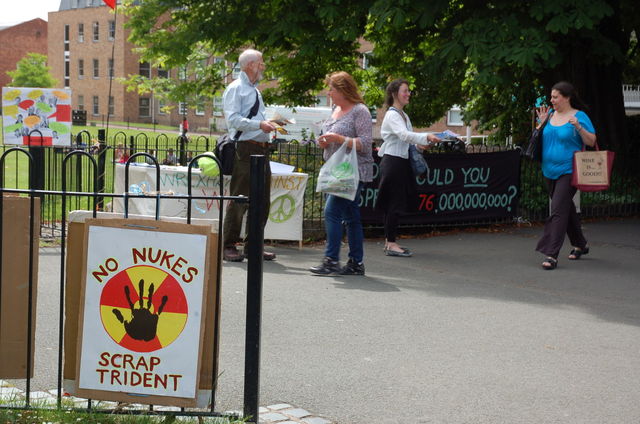 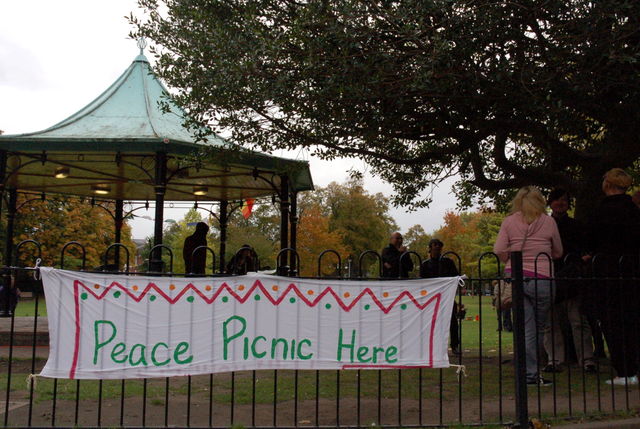 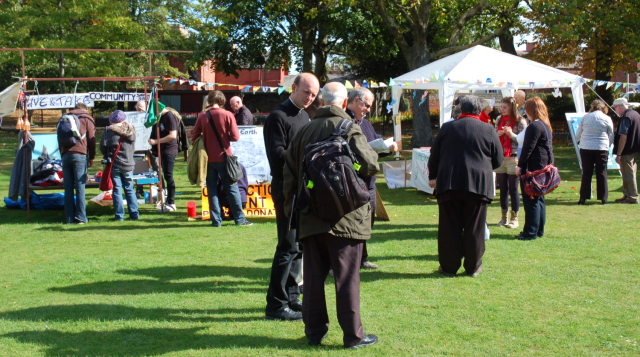 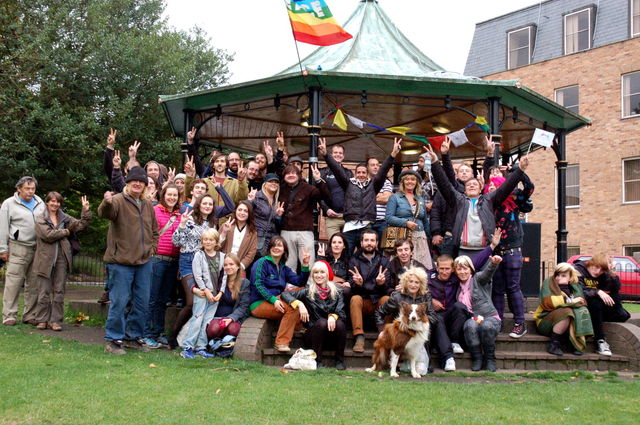 Above: some photos from WPJF's activities in 2011.

The award gives recognition to small, independent local groups which bring peace issues to the public notice using imagination, the dedication of a few core members and very limited resources and consists of a sum of money to support groups in carrying on their work and perhaps allows them to fund a project they could not otherwise afford to carry out. The Award also includes a year's membership of the Movement for the Abolition of War.

Wrexham Peace & Justice Forum frequently organises street stalls and vigils in Wrexham and participates in peace and justice events locally and around the country. In recent months, the group has campaigned against nuclear weapons and nuclear power, marked the 20th anniversary of war in Iraq and undertaken solidarity work with accused US/Welsh whistleblower Bradley Manning, imprisoned without trial for nearly 18 months, as well as with British navy medic Michael Lyons, who opposed the war in Afghanistan after reading the information Bradley Manning is accused of leaking and has just finished a period of detention for refusing to take up arms during training. Wrexham Peace & Justice Forum was also involved in organising a day-long, free community and cultural event on 21 September in Wrexham for International Day of Peace.

WPJF is currently working in solidarity with single mother and kidney dialysis patient from Shrewsbury Judith Sambrook, who is appearing in Wrexham Magistrates Court tomorrow at 10am for failing to complete her census form in an anti-war protest at the contract with weapons manufacturer Lockheed Martin to process census data. There will be a solidarity demonstration outside the court from 9.30am and a silent vigil at the war memorial in Wrexham at 11am.

"We are honoured to receive this award on Remembrance Day 11/11/11. I will be wearing a white poppy at the demonstration and vigil tomorrow. These poppies were first produced in 1933 by the Women's Co-operative Guild and are now made by the Peace Pledge Union. In the aftermath of the First World War where so many women lost husbands, brothers and sons, white poppies represented the belief that there are better ways to resolve conflicts than killing strangers. The Movement for the Abolition of War works to spread the same message, as did Arthur Hewlett and as we, in our small way, also try to do here in Wrexham. Nearly 80 years after the first white poppies were produced, this message is more important than ever as we find ourselves in a state of endless war, eagerly fuelled by weapons manufacturers like Lockheed Martin. Arms companies make their vast profits at the expense of ordinary people who are killed, injured, bereaved, traumatised and displaced by war. Government spending on weaponry deprives people in many countries of the basics of human existence. We oppose Lockheed Martin's involvement in the census, support Judith Sambrook in her act of resistance, and call for an end to wars everywhere."

Movement for the Abolition of War: