Some photos and a short report from Wrexham, where anti-war and anti-Lockheed Martin conscientious census objector Judith Sambrook appeared in court on 11/11/11. 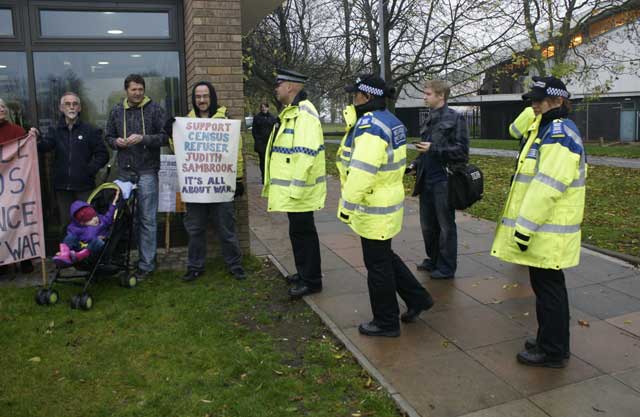 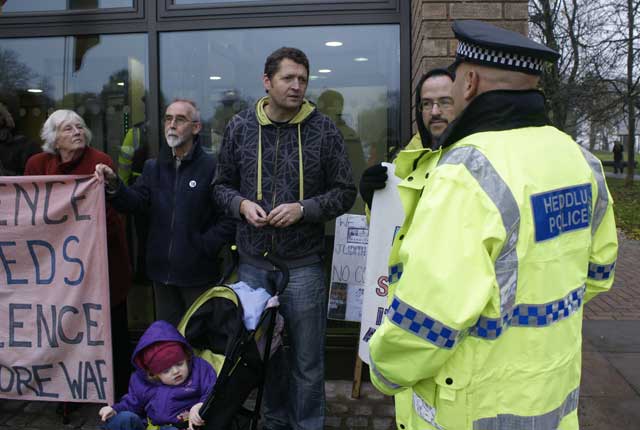 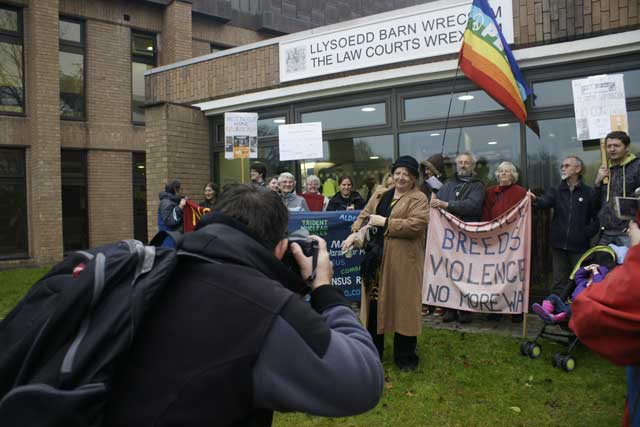 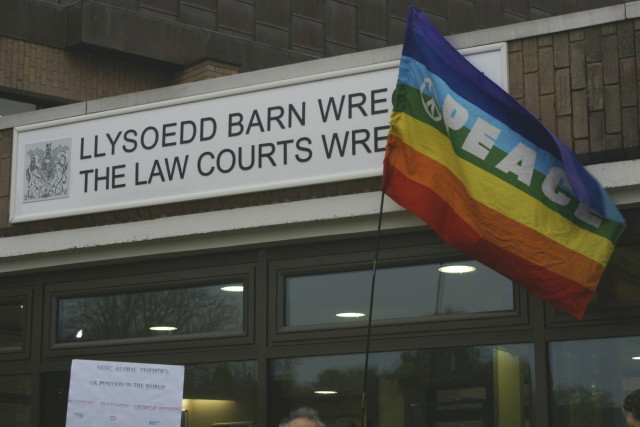 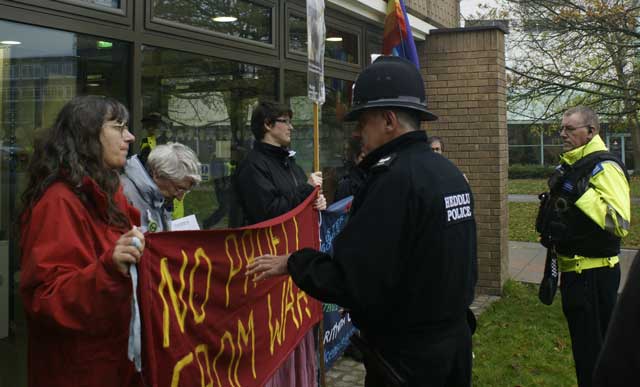 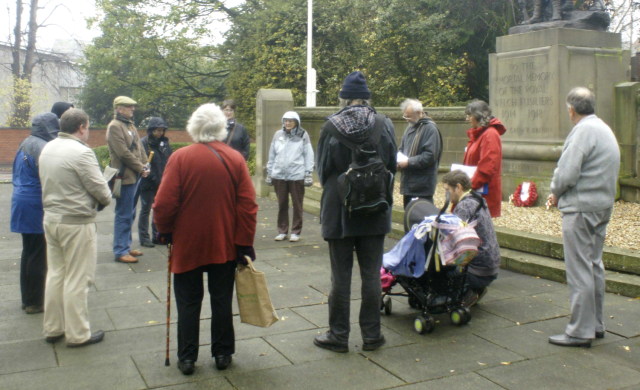 On Friday 11th day of the 11th month of the 11th year of the 21st Century something quite amazing and uplifting happened in Wrexham, North Wales, people of peace gathered to support a person of conscience. One person who the state came for did not go alone, after having to travel from Shrewsbury in the West Midlands to North Wales at significant cost to herself and not refunded due to cut backs in the court and legal system... and her train was delayed too meaning she was late for her court appearance. Judith Sambrook arrived to a cheering welcome from around twenty anti-war activists which was a real boost.

This hasn't as yet attracted national media, but the contrast today couldn't have been more different between the official red poppy remembrance day events and this event with the white poppies worn by us NoCONcensus supporters, anti-war protestors, civil and human rights supporters and those standing up against the database state and arguably the most intrusive state surveillance of any society ever in history. Those of us who formed NoCONcensus here in Liverpool to support census refusers back in May could not have known that it would go from that one meeting of three people to something potentially more significant.

The result of today's court appearance was that Judith Sambrook's plea of NOT GUILTY means a further court case on December 8th on Mold, further North in North Wales. We're pledged to support all those census refusers who didn't return their forms because of Lockheed Martin's involvement and all the connected reasons. My personal opinion was this is how to organise a campaign - co-operatively and collectively.