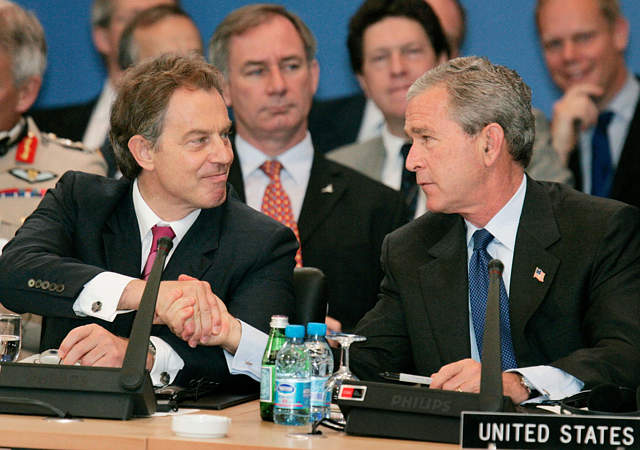 Judge Niloufer Bhagwat, who served as a Judge with the Tokyo International Tribunal for War Crimes in Afghanistan, wrote in her decision that she found George W. Bush guilty for waging war against Afghanistan and the Afghani people. In addition, Judge Bhagwat served as a prosecutor of George W. Bush at the People's Tribunal on Iraq in 2005 in Istanbul. Defense Counsel alleged that because of Judge Bhagwat's participation in these various efforts and due to the opinions she has issued, that she cannot be fair in these Kuala Lumpur proceedings. Judge Bhagwat did find that no Head of State, including George W. Bush, can exempt himself from international treaty organizations.

Judge Niloufer implored the panel in Istanbul to have the courage to speak the truth. Counsel for the defendants found Judge Alfred Webre made the point that George W. Bush was served appropriately but failed to appear at the various people's tribunals seeking justice for the victims of his Presidential decisions to take the people of the United States to war.

However, he made the point in defense of his colleague, Judge Bhagwat, that President Bush did not fail to appear at a Vancouver dinner at which he collected a US$150,000 speaking fee. Judge Webre stated that perhaps the Tribunal should have offered the former U.S. President a sizeable speaking fee in order to gain his attendance at the Tribunal.

Francis Boyle, a part of the prosecuting team, spoke on the matter of bias and recusal based on precedents at the International Court of Justice and the United States Supreme Court, where judges are presumed to be able to render judgments despite what might appear at first glance to be conflicst of interests. Interestingly, both Democrats and Republicans in the U.S. have currently turned their sights onto two the Supreme Court Justices alleged to have bias on the President's health care law which the Supreme Court has agreed to hear during this term. Justices Clarence Thomas and Elena Kagan have been challenged for by Republicans and Democrats, respectively, in the Court's health care deliberations due to the financial ties of Mrs. Clarence Thomas to organizations against the law and Justice Kagan's role in preparing the defense of the controversial health care law while she served as the Administration's Solicitor General.

The Kuala Lumpur War Crimes Tribunal Chief Judge Abdul Kadir Sulaiman announced that he was "shocked" by the turn of events that required this matter to be aired in public. Judge Bhagwat announced that she would recuse herselF from Charge 1 deliberations; her decision was accepted by the Court, and she left the Chambers.

Defense Counsel then proceeded to argue that the Tribunal lacked jurisdiction to consider the actions of the President and Prime Minister. The Prosecution anticipated this line of argument and was prepared with its counter-argument and declared that they are prepared to show that war crimes have been committed and deriving its power directly from the people who refuse to be complicit in war crimes, the people will not be silenced and conscience cannot be silenced. Francis Boyle added that complaints had already been filed at the International Criminal Court (ICC) against both Bush and Blair, but that the ICC had refused prosecution. The Tribunal is expected to overrule Defense objection based on jurisdiction and proceed to the trial of President George Bush and Prime Minister Tony Blair.