Shell's Peat Haulage Has Begun... And Been Disrupted !

Shell is removing peat bog from the tunnelling compound in Aughoose, Co. Mayo, Ireland, and replacing it with stone and gravel from nearby quarries. The increased truck movements has not gone unchallenged. 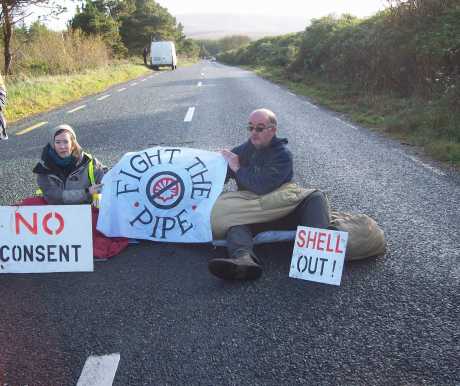 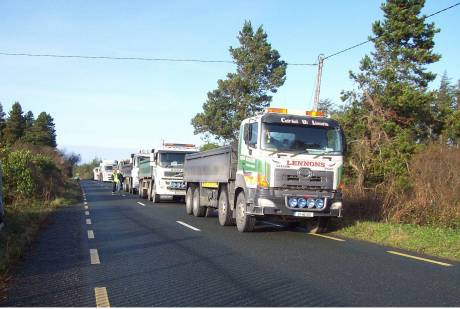 Trucks blocked up behind lock-on on haulage route 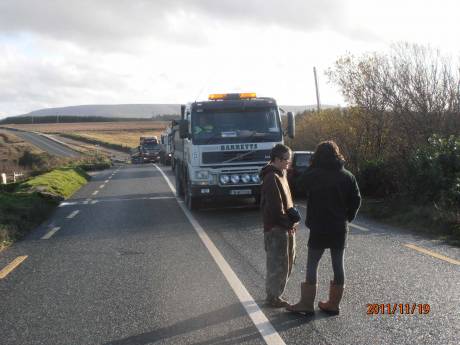 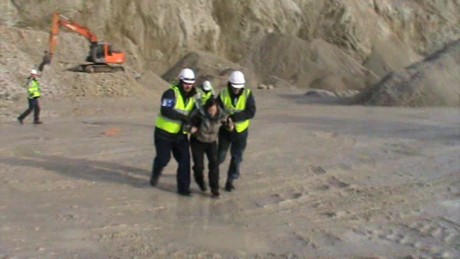 Campaigner getting dragged out of Barrett's Quarry 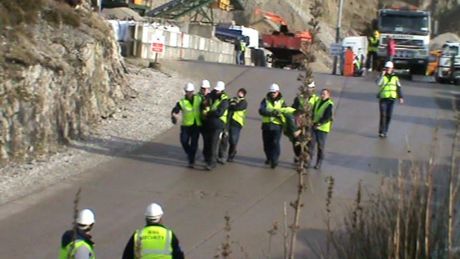 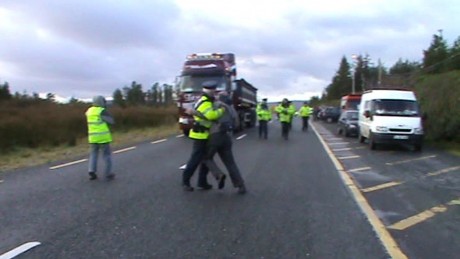 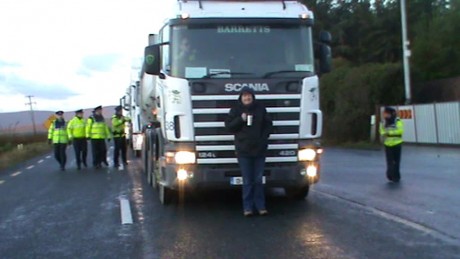 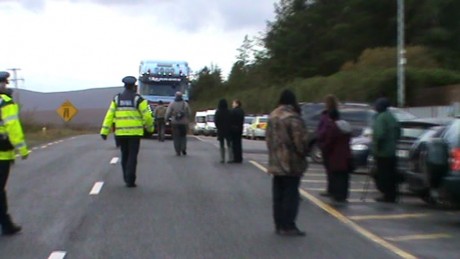 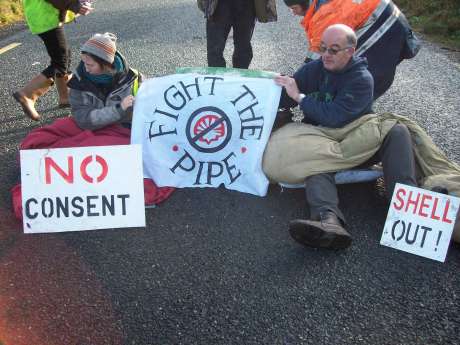 http://www.indymedia.ie/article/100934 – protests have been happening almost every day.

On Saturday 19th November, around 12pm, 4 people stopped peat and quarry trucks along the haulage route. By the time Gardai arrived, most of the workers in the compound had gone home and work had stopped for the day.

On Monday the 21st , 8 people entered into Barrett's Quarry in Bangor and tried to get onto diggers to stop work. One campaigner reached one of the diggers, but was dragged down by security before climbing on top. The IRMS security grabbed everyone and held them down until they could drag them out of the quarry. This is the first time entering Barret's Quarry that no-one succeeded in getting on top of machinery. If there had been a couple more people on the action, it may have succeeded (i.e. come up to Mayo!)

On Tuesday 22nd November around 12:15pm, 2 people locked their arms into a concrete barrel; blocking the main haulage route. This happened after the weekly Tuesday morning protest with locals and supporters from 8 to 11am. The morning was very effective in its own right as over 20 people spread out along the Bellanaboy refinery road and stopped many of the peat and quarry trucks at several points. The Gardai present were stretched in dealing with the situation at hand.

The lock-on was put in place an hour after the end of the morning protest. At one stage Gardai briefly attempted to pull out one person's arm while they were screaming that they were locked into the barrel, which required some angry reminders from others present that cutting them out was going to be the only acceptable way. The lock-on was highly effective and lasted from 12:15pm until 5:30pm. There was local support for a while before the Gardai proceeded to close down the road. Up to 12 trucks were sat waiting in the Aughoose compound and diggers and other machinery therefore had nothing to do. The 2 campaigners were arrested and released later that evening.

Also worth mentioning were several trucks being stopped or slowed down throughout the week for half an hour or so when the opportunity arose. No arrests were made on those occasions.

If you and/or your friends are interested in coming down to the ongoing campaign and being almost certain of halting work for all or most part of the day, then now is the time !

Show your support – the battle goes on !