Earlier this month, Michael Lyons, the navy medic who was sentenced to detention in Colchester Military Corrective Training Centre for refusing to take up arms and protesting the war in Afghanistan, was released.

Michael Lyons was inspired to take action after studying some of the material Bradley Manning is accused of disclosing via WikiLeaks, especially about the wars in Iraq and Afghanistan.

Bradley Manning's pre-trial hearing starts on 16 December in the US. 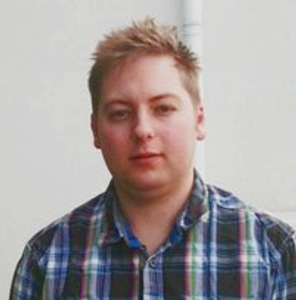 AT PEACE WITH HIS DECISIONS

In an open letter

http://veteransforpeace.org.uk/2011/09/02/a-message-from-lillian-lyons/ written while Michael was in detention, his wife Lillian said:

"Despite the difficulties Mike has faced he is completely at peace with all of his decisions. He says that he has a clear conscience and if he had done anything differently he wouldn’t be able to live with himself so he is happy and proud of what he has made a stand against."

THE IMPORTANCE OF SOLIDARITY

Solidarity actions were held for Michael Lyons in Colchester and around the country. Some supporters visited Michael in prison. Many others wrote letters and lots contributed to an appeal for donations instigated by London Catholic Worker

http://www.londoncatholicworker.org to help defray the substantial costs for Lillian of visiting Michael – a 700 mile round trip.

The importance for prisoners of receiving letters of solidarity and support cannot be overstated. Lillian writes:

"One of the most important things is how amazed he is by all the support he and I have both had and how it has meant so much and how strongly he feels about the fact that if it wasn’t for all the letters from around the world he received on a daily basis he is not sure how he would have coped."

Michael has said that one thing he would now save if his house was on fire would be his box of support letters.

Michael and Lillian are now busy getting on with their lives and their plans to pursue (civilian!) medical careers. Last word to Lillian, who wrote just after Michael had been released:

"Michael is fine, he’s really happy and keeps shouting FREEDOM every now and again! It’s all a bit surreal for him but he is cherishing every minute of it!"

wise up for bradley manning