As pickets were out across Fife the student town of St. Andrews showed solidarity with a well attended demonstration arranged by the UCU and the Students Association 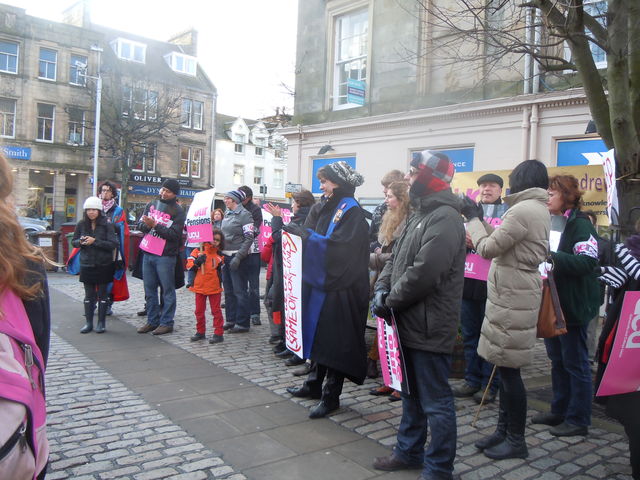 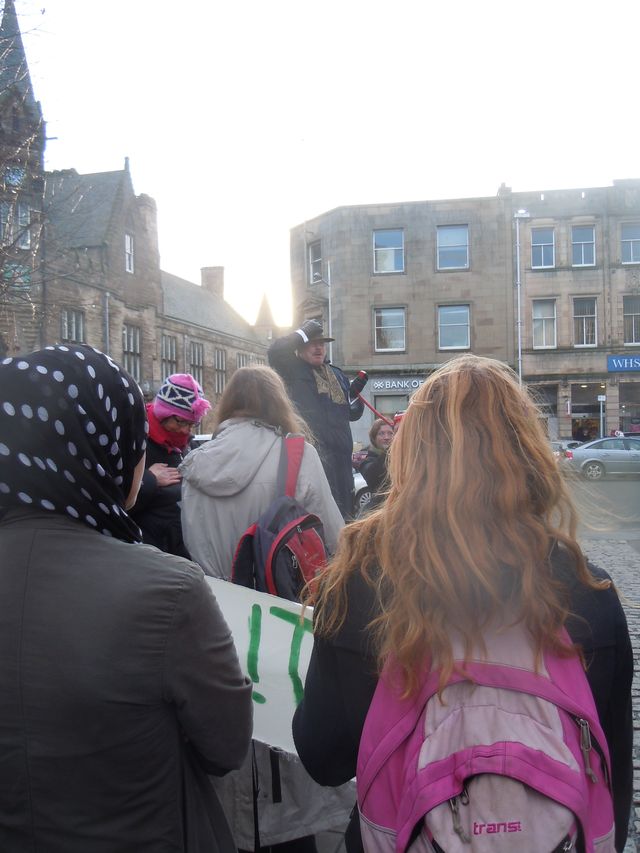 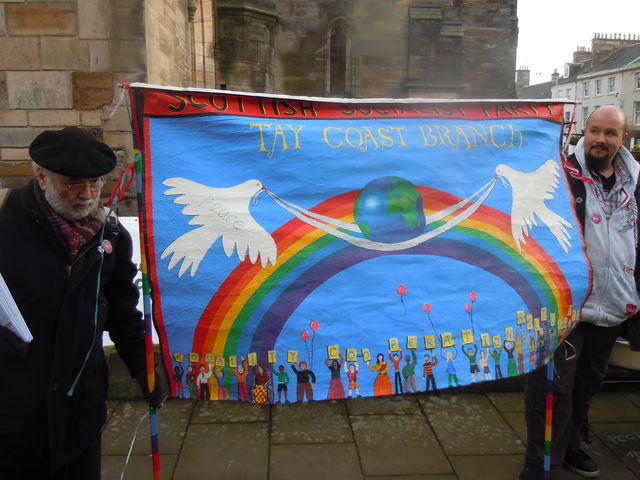 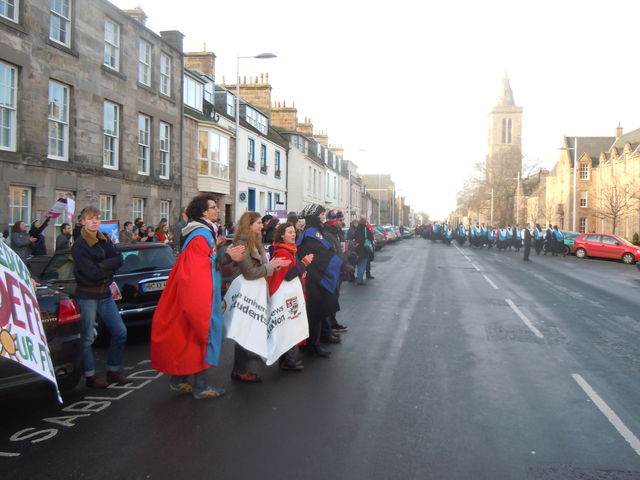 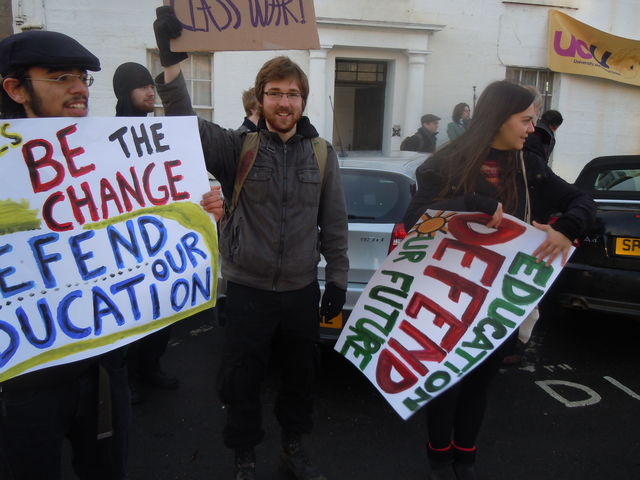 At 10.00 strikers and supporters gathered at Church Square in St. Andrews to protest pension reform and the government cuts. In response to the call for a rally and demonstration by the University and College Union (UCU) and the St. Andrews Student Association around fifty gathered for speeches by university staff and students alike. The demonstrators then marched through town to Younger Hall to greet graduates leaving the graduation ceremony.

At the rally student representative Chloe Hill shared a platform with Chris Hooley, the head of the local UCU branch, and Patrick O'Hare, President of the Students Association, to express solidarity with the public sector strikes, support for higher education and to call for the need to march. Meanwhile, local organisations such as the Socialist Workers Party sold newspapers and the Scottish Socialist Party displayed their banner in solidarity.

Led by the UCU and the Student's Association, around eighty marched through the streets chanting, 'whose streets? our streets!', 'education for the masses, not just the ruling classes', and, 'hands off my pension!'.

When the march reached Younger Hall it waited for the graduates to leave their ceremony. When management and officials led out of Younger Hall they were met by a wall of silence but when the graduating students emerged a prolonged and very loud round of applause commenced.

Throughout the day the demonstration in the centre of town was complimented by pickets throughout the University campus and at the local hospital. Supporting students delivered baked goods in solidarity to the picket lines.