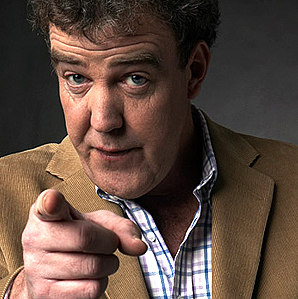 Jeremy Clarkson - the Anders Breivik of modern broadcasting - appeared on prime-time TV calling for all N30 strikers to be murdered in front of their families.

E-mail Jeremy Clarkson now and remind him that even the poll conducted by his own employer - the BBC - proved that most British people SUPPORT the strikes, and that, according to the BBC research, nearly 3 times more people support the strikes than voted Tory, also e-mail BBC director general Mark Thompson calling for Jeremy Clarkson's immediate dismissal and prosecution -

mark.thompson@bbc.co.uk - incitement to murder is a crime which has landed Neo-Nazi activists in jail (so please be polite, and, no matter how angry you are, do NOT send or post-up threatening messages).

Share Jeremy Clarkson and Mark Thompson's e-mail addresses with all your friends, use IP shielding etc if necessary.