An editorial in the Times, headed by scandal-struck Rupert Murdoch, has called on the UK government to shut down Press TV's London office simply because the alternative news network is funded by Iran. 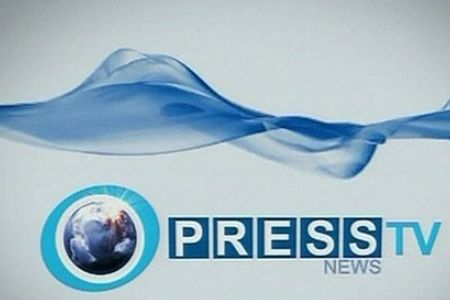 An editorial in the Times, headed by scandal-struck Rupert Murdoch, has called on the UK government to shut down Press TV's London office simply because the alternative news network is funded by Iran.

“As long as Press TV is funded by the current Iranian regime, the closure of its London operation is a necessity,” Houriya Ahmed said in an editorial titled “Press TV is mere propaganda for Iran. It must close.”

The call comes on the heels of an announcement by the British government's broadcasting regulator, Ofcom, to impose a 100,000-pound fine on Press TV, despite the regulator's earlier threats to close down the alternative news network.

Ofcom announced last month that it has decided to remove the Iranian English-language news network from the Sky platform under the pretext that Press TV made administrative errors in its application for a license in 2007.

However, the British regulator later claimed that Press TV violated Ofcom's broadcasting codes by airing a 10-second soundbite belonging to a journalist, Maziar Bahari, in 2009.

In the 10-second clip, which was part of an interview conducted with Bahari, he said, “On Monday, June 15 [2009], I sent a report about the attack against the base, a military base of Basij to Channel 4 News as well as to Newsweek magazine.”

The 100,000-pound fine by Ofcom has now been imposed on Press TV over broadcasting the 10-second soundbite.

This comes while, in numerous later interviews with Western media outlets, Bahari himself readily confirmed what he had said in the 10-second soundbite, i.e. he was the person who sent the footage.

Press TV had criticized the royal family's lavish expenditures at a time of great economic difficulty in the UK. The royal family later sent a message to Press TV, asking the network to stop criticizing them.

Recent documents released by WikiLeaks have also revealed that US and UK diplomats had explored ways to limit the operations of Press TV in Britain.

The latest call to stifle the voice of Press TV adds further credence to the notion that previous accusations against the news channel have been no more than a pretext to counter the alternative news network.

This silencing of any dissenting voice by the UK stands in glaring contrast to the country's purported claims to “freedom of speech”.