On Wednesday November 30th, we witnessed one of the biggest public sector strikes to take place in the UK since the 1970s, and the people of Cambridge came out in force to support it.

Some estimates place the figure at around 4,000 local people in attendance, although there is no way to confirm (or deny) this. 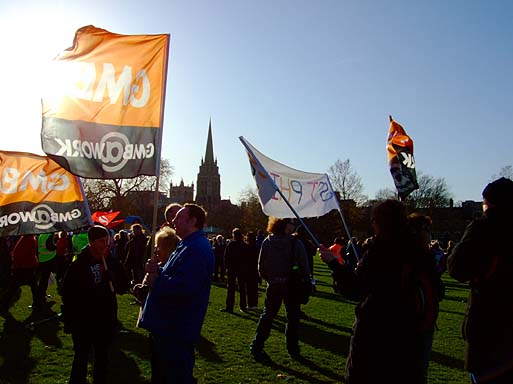 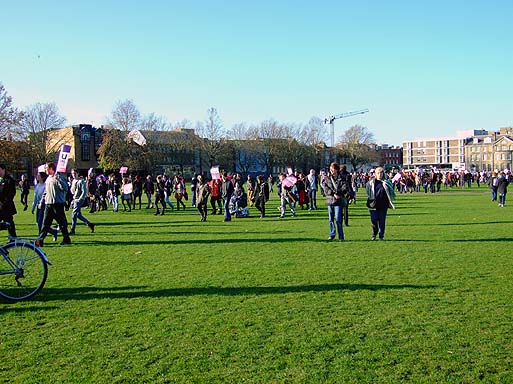 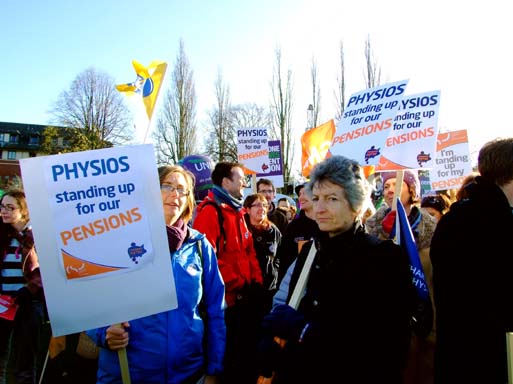 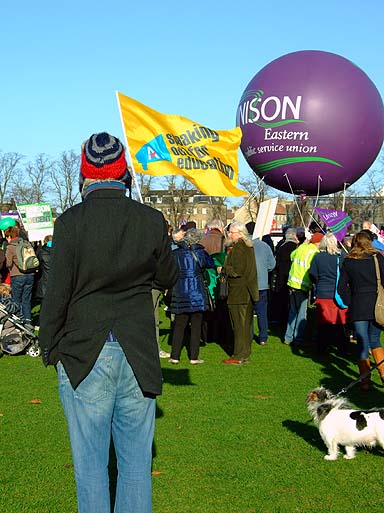 Surveying in the scene...

So big it wouldn't all fit in my camera! 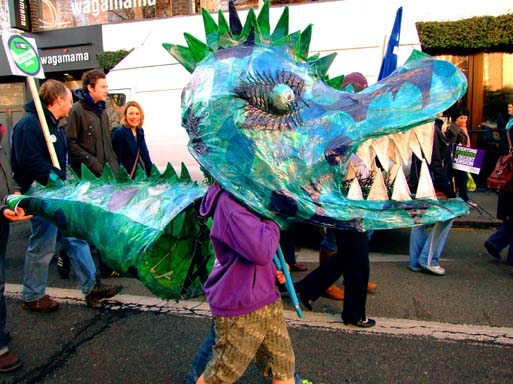 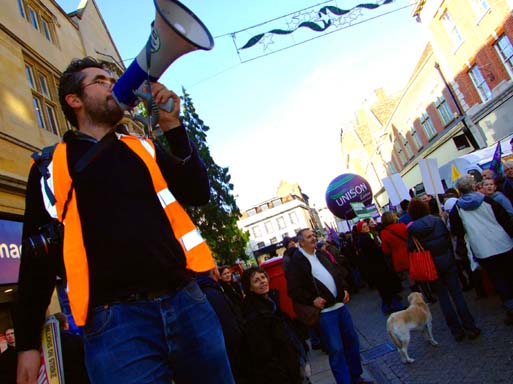 Taking a stand on a seat (out of shot). 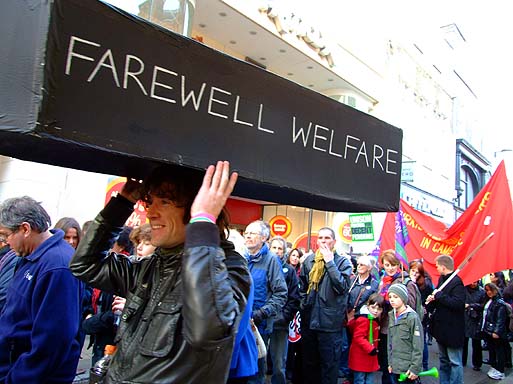 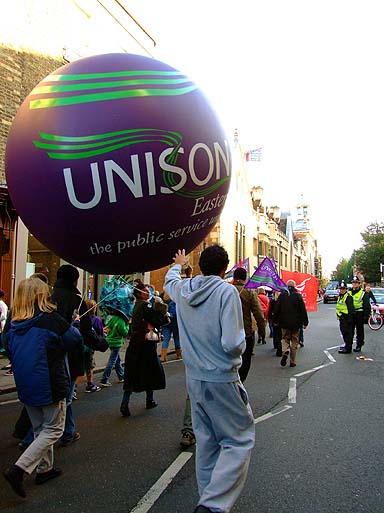 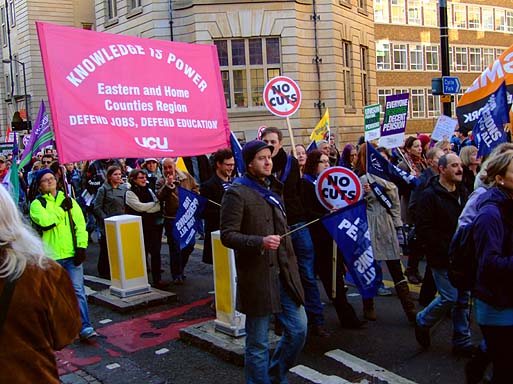 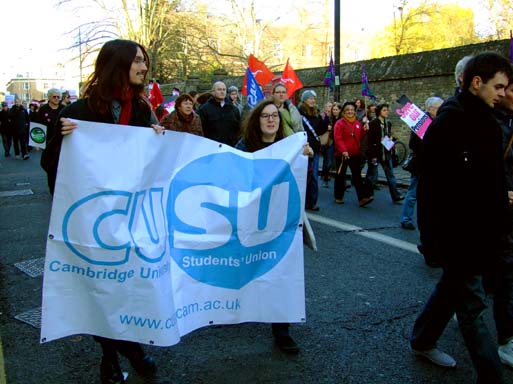 CUSU, representing the plight of students. 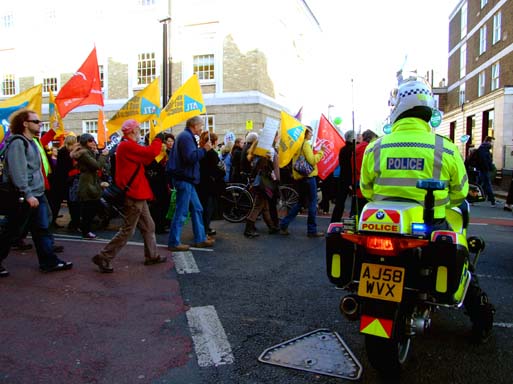 Back to the park, under the police's watchful eyes, who blocked other exits. 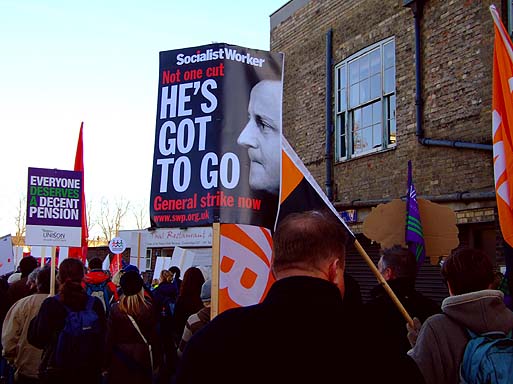 a sentiment many present would agree with. 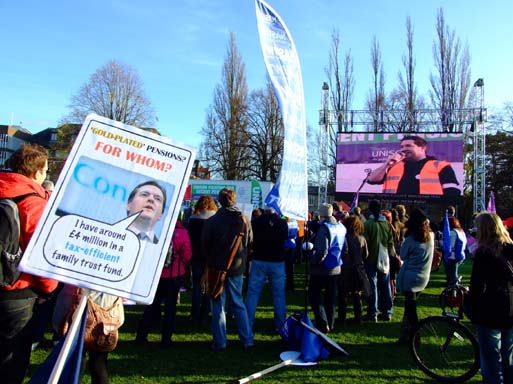 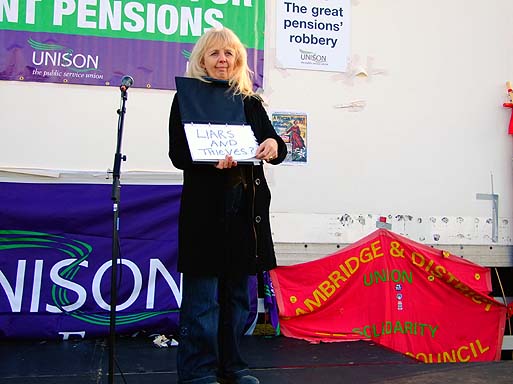 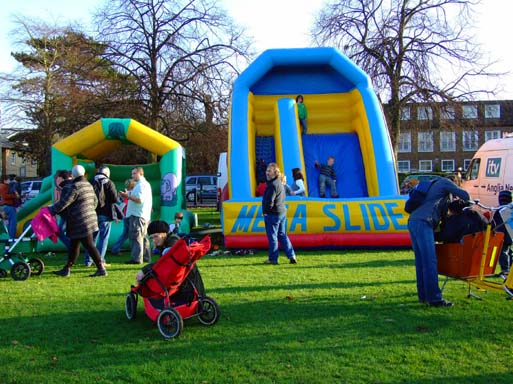 Ents for the small ones... 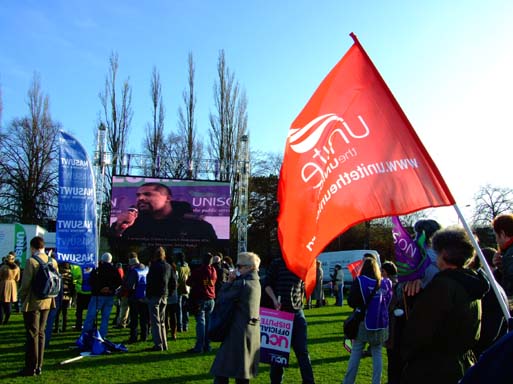 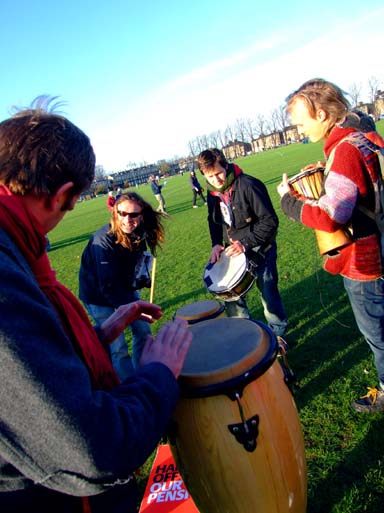 Striking up a tune... 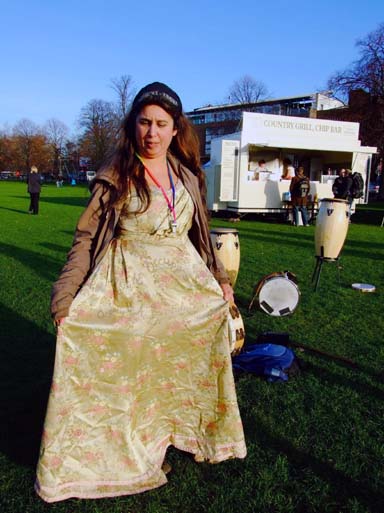 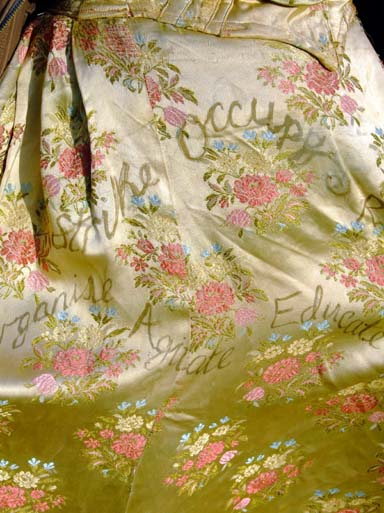 After an inauspicious start at Shire Hall, where at 11:00am the scene was like a B-Movie, with signs of Human activity (in the form of banners and picketline signage) but no actual Humans, then a trickle of potential demonstrators started to appear, although by then it was time for me to get to Parkers Piece, the venue for the main event of the day.

When I did arrive, not only was it clear that the unions had spent some time and money on the set up, with a huge video screen, a stage, sound system, a Marquee and amusements for the kids in evidence, but this was going to be a very big demo indeed, as there was already a massive crowd gathering.

I thought the June 30th demo was big, but as the Human convoy snaked its way across Parkers Piece towards the city centre, it spanned the entire width of the park (see photomontage), something I can safely say this town hasn't witnessed for a very long time - if ever.

As this vast mass of people (representing a broad cross-section of locals) wended it's way around some of the town's old streets, including Sidney Street, The Market Square (not stopping, as the police had blocked it off), Kings Parade, Downing Street (yes, another one), and back up sidney Street to reassemble at Parkers Piece, it was clear that the overall atmosphere was, despite the reasons the demo was happening, very upbeat and cheerful, with people having brought along drums, horns, and Loudhailers, which along with the chanting created a Carnival atmosphere.

As you'll see from the pictures, it wasn't all banners and flags (although there was plenty of them), but there were a few props too, like a symbolic black coffin with 'Welfare State' inscribed on it, and (for reasons that weren't clear) a boy dressed as a Dragon (see picture)!

Alas, what with Cambridge being a small town, it was all over too quickly, and we were soon back in the park, where some speakers took to the stage and (large) screen to state their reasons for being there.

The most memorable being a Fireman from the FBU (who didn't come out on strike), saying "They're wrong, we're right" in response to the various media slurs that have been circulated around strike time. He said it twice, with a few others at the front spontaneously joining him the first time around.

As the masses started to disappear, a small spontaneous group of drummers had a jam session on out of tune instruments (well, the Congas were) before going their separate ways.

We shall see if this mass assembly will have to be reconvened, and I suspect given the arrogance currently being displayed by the Tories (nothing new there then), it will probably be sooner than we think.