Solidarity with Bradley Manning in Wrexham

Today, on the first day of Bradley Manning's pre-trial hearing, supporters put up two banners at the busy Plas Coch roundabout in Wrexham, Wales, during the morning rush hour: ‘FREE BRADLEY MANNING’ and ‘END THE WARS!’ Bradley Manning’s mother is from Pembrokeshire and still lives in Wales along with other of his relatives. There will be solidarity actions taking place in Cardiff over the weekend: 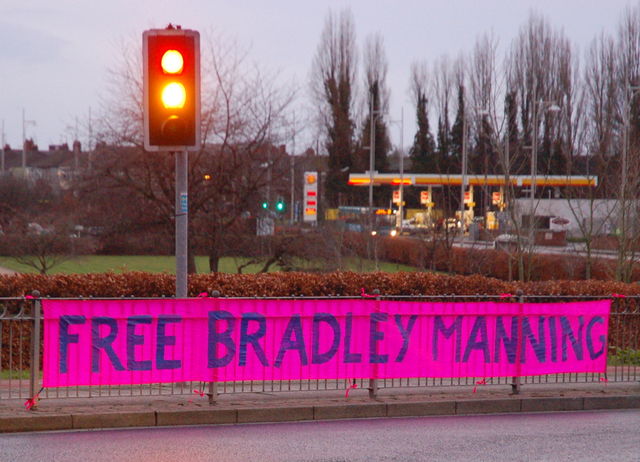 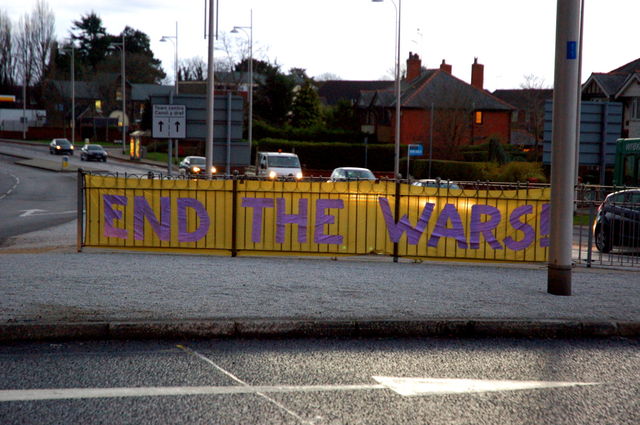 Today, 16 December 2011, is the first day of Bradley Manning’s pre-trial hearing at Fort Meade, Maryland, USA. This will be held against the backdrop of President Barack Obama having already declared Manning guilty without any judicial process. Bradley Manning has also been subjected to extra-judicial punishment which amounted to torture during his detention.


Bradley Manning will be seen in public for the first time since he was arrested in Iraq in May 2010 for allegedly leaking hundreds of thousands of secret US state documents to WikiLeaks.

Security will be exceptionally – some say bizarrely – tight at the opening on Friday of the pre-trial hearing of the WikiLeaks suspect at Fort Meade in Maryland. Though a small number of seats in the military courtroom have been reserved for members of the public, rigid reporting restrictions will be in place that will prevent any live coverage of the proceedings.

The army has come under criticism for taking so long to bring Manning to trial, and faces further questions over how it is conducting the start of deliberations. The hearing is a preliminary stage, known as an Article 32, equivalent to a civilian pre-trial hearing and is designed to assess whether the US soldier should be sent to a full court-martial.