Cairo: Deaths and injuries after SCAF attack on #OccupyCabinet

Activists believe that up to 5 people have died in Cairo today following clashes between troops and protesters. Hundreds are reported to be injured after pro-SCAF thugs hurled rocks onto the protestors from the roofs of neighbouring buildings. According to Joseph Mayton:

The violence began around two in the morning after an Ultra – a hardcore football fan – was allegedly abducted by security near the nearly three-week old sit-in in front of the Egyptian cabinet building.

The man was reportedly beaten up and tortured by his captors. 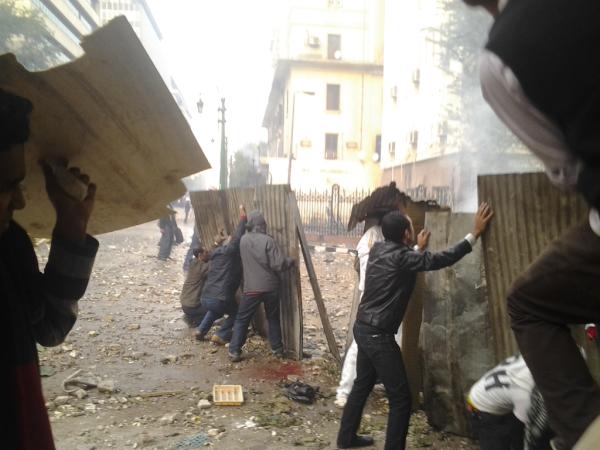 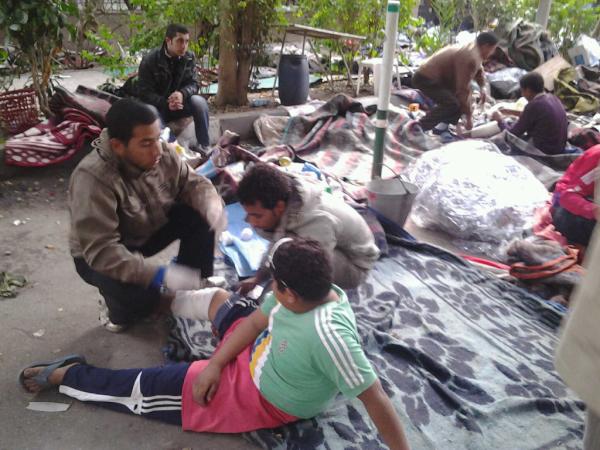 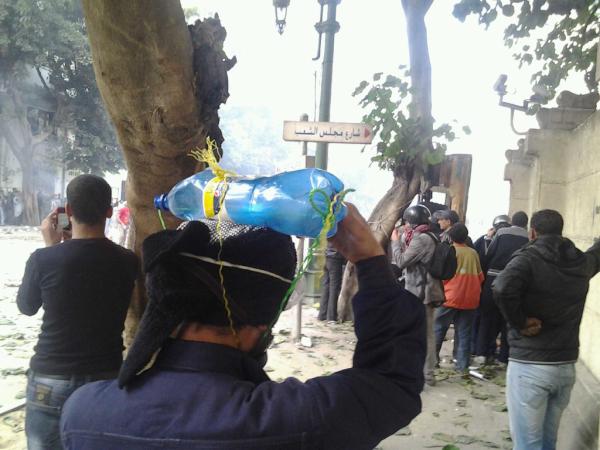 An attempt at protection pic.twitter.com/GBBGlBTi 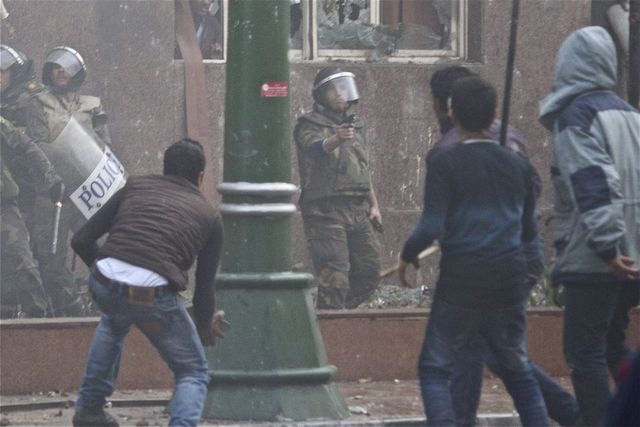 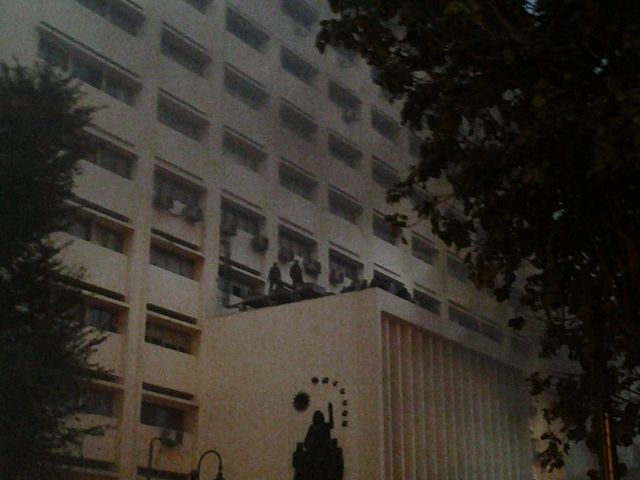 According to another report:

Soldiers stormed a sit-in protest camp outside Egypt’s Cabinet building, expelling demonstrators calling for an end to military rule. The number of injured was at least 99, according to Adel Adawy, assistant to the minister of health. The injuries include gunshot wounds, broken bones and bruises as a result of the military’s use of beatings, stones and pellet bullets. The sit-in was in its third week, and presidential hopeful Mohamed ElBaredei tweeted, "Even if sit-in [is] illegal, use of brutal force not the answer & should be condemned. Gross mismanagement & trampling of human rights continues."

On Wednesday, at least 40 of the Occupiers were rushed to hospital after becoming violently ill. The source of the illness is believed to have been food that was donated by an unknown woman.

Occupy Cabinet has been staging a sit-in outside the Cabinet Building since Novemeber 25th, and are calling for an end to military rule.

To follow the story on twitter, use the #OccupyCabinet hashtag. Live updates are also available from @tom_d_ and @mikaminio