Cardiff Anarchist Black Cross and WISE Up for Bradley Manning organised a Free food! Free Bradley Manning! stall in Cardiff city centre this afternoon. The banners were also hung over a busy road into Cardiff this morning. 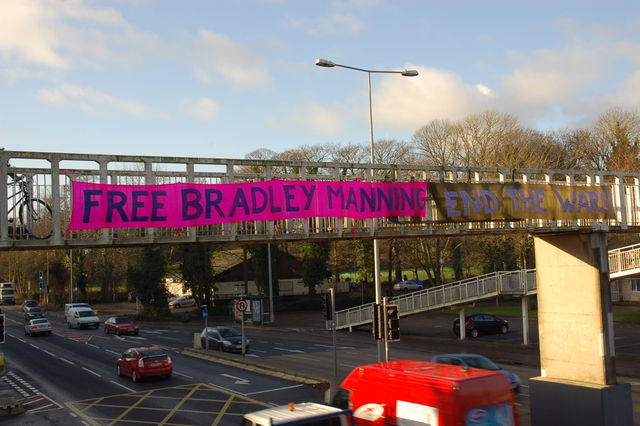 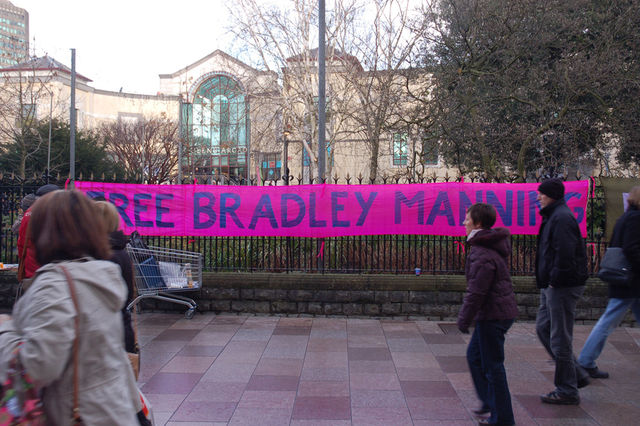 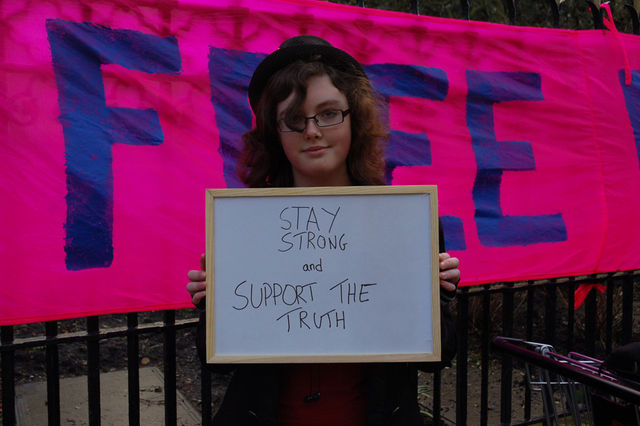 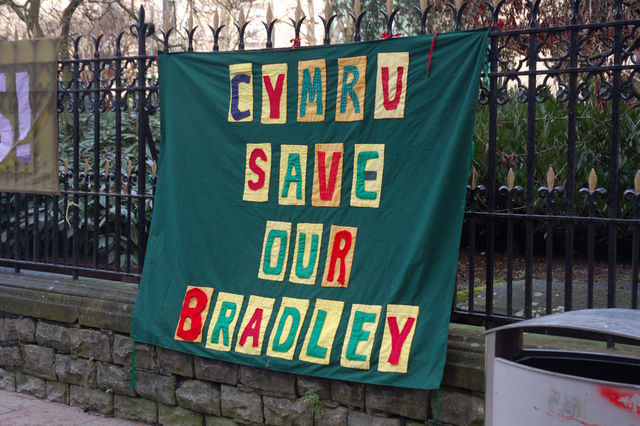 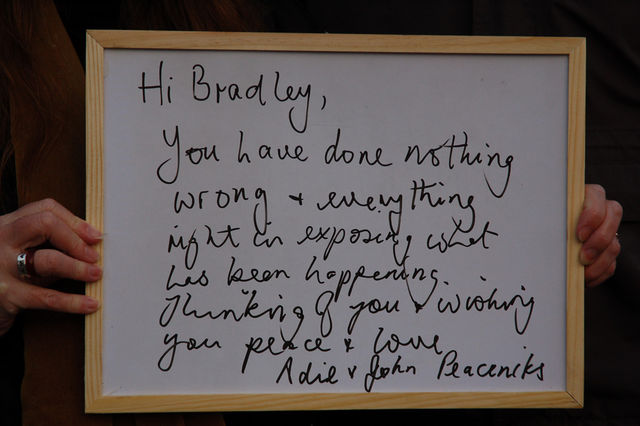 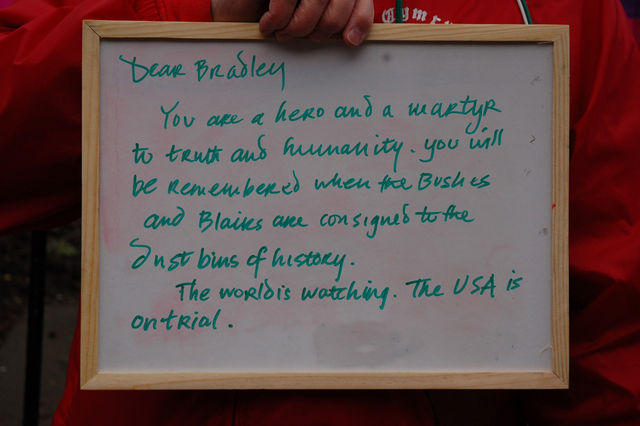 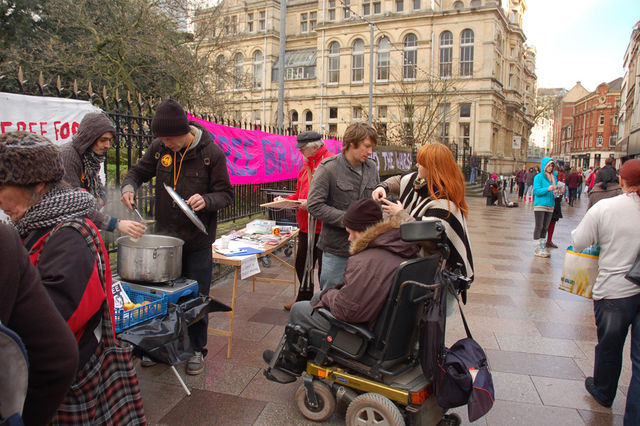 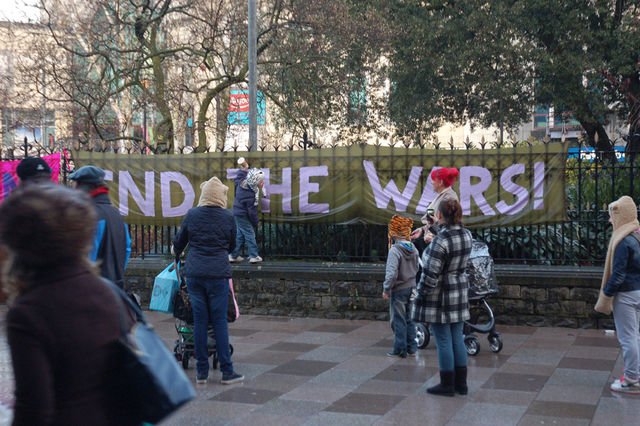 This was part of the international day of solidarity for Bradley Manning on this, his 24th birthday and second day of his pre-trial hearing on charges of telling the truth about the wars the US would rather we only see through distorted mainstream media coverage, and for which Bradley Manning has been held without trial for 18 months and tortured.

Cups of steaming hot vegetable soup were served all afternoon, with the demand noticeably increasing as the weather deteriorated. Hundreds of Bradley Manning flyers were distributed. Messages of support for Bradley Manning, who has connections with Wales through his Welsh mother who still lives in Pembrokeshire, were collected in a book and on camera.

Just before we packed up for the day, a couple of families passed by, then came back to watch a small child in their group clamber up onto the railings in front of the banner and shout at the top of his voice: "End the Wars!" to loud applause. Hope for the future.