Meet at the benches by the Ritzy (Coldharbour Lane/Brixton Road) to march to Brixton prison. 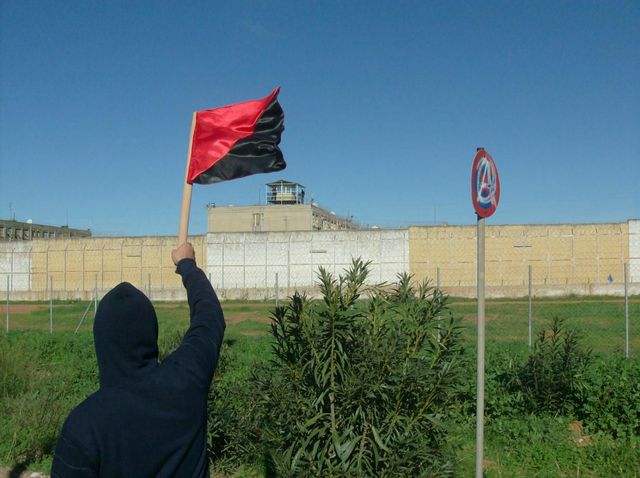 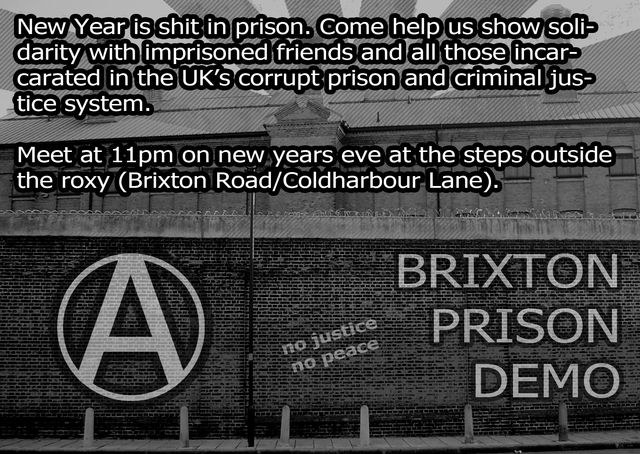 Over the past year, we have seen prison population soar to record highs. The british government with it’s neo-liberal, proto-fascist agenda sees no problem with criminalising and incarcerating thousands of people, especially youth, all across the country. After the August uprising, during which our youth showed the authorities just a taste of how much they were willing to fight back, we have seen a brutal crackdown by pigs on anyone suspected of even minor offenses. Dawn raids, CCTV manhunts and riot police patrolling our streets have seemed to have become the norm.
With 2012 starting in a few days we should look to the future and think about about the forthcoming olympic$. The police and the army will be working to ensure the smooth running of the gam€s. It is important we remember the every day repression it will bring as well as its lasting legacy of increased militarism of police, intrusion of survelliance and generally increased police powers. We cannot let this become normal.
We invite you to come celebrate new year with us in solidarity with all those currently in prison for resisting. We will not let the prison system break their spirits and our passion for their freedom WILL be heard.
SOLIDARITY WITH FRIENDS, RIOTERS AND ALL THOSE IN PRISON.
FIRE TO ALL PRISONS.
RIOT ON, RIOT NOW.