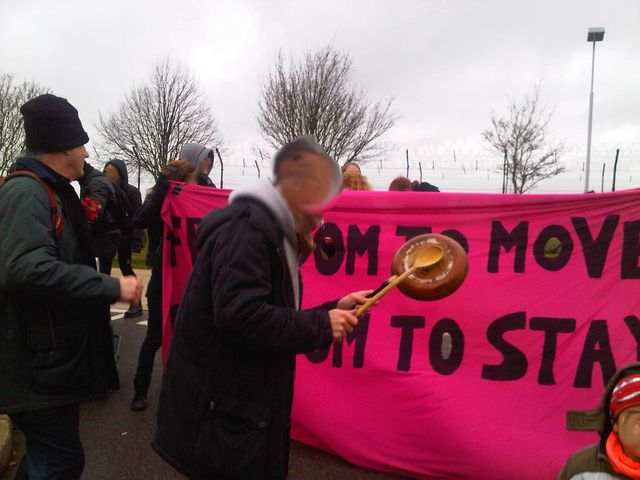 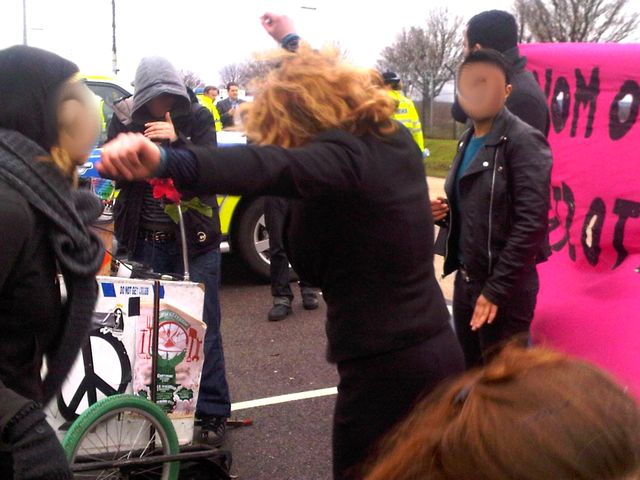 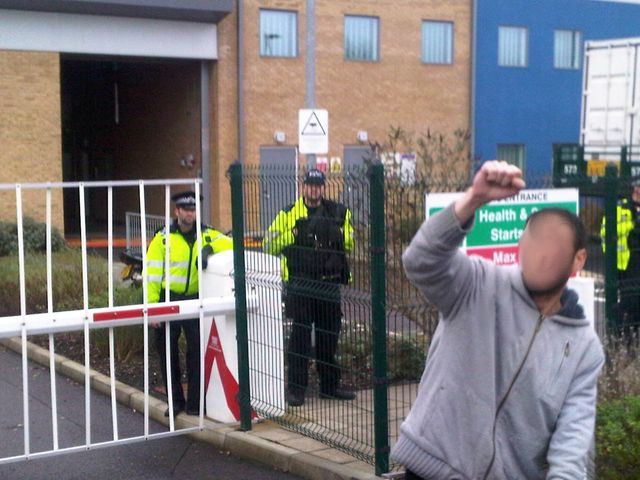 http://anarchistnews.org/node/21236), a flash-mob of around 30 No Borders activists visited both Brook House and Tinsley House 'detention centres' at Gatwick yesterday afternoon, bringing a sound system, banners and chants, whistles and pan lids, to wish prisoners a new year of freedom in 2012.

For about two hours protesters of diverse backgrounds danced, boomed radical hip hop from around the world for the detainees, and shouted their messages of anger and solidarity to the people held prisoner for the only 'crime' of holding the wrong papers, or not holding any...Even some cops were witnessed tapping their feet & nodding their heads to the beats.
Gatwick police had promptly attempted to question and block the crowd from getting to the prison, but finally had to give in and let protesters go ahead.

After an hour or two of noise, the protesters were however blackmailed into leaving after the police refused to let visitors into the prison while they were there, although the protest was by no means blocking the road or entrance. Despite the small delay caused to their visits, and attempts by the police to cause division, the visitors we spoke to were really pleased we were there and thanked us for showing solidarity with their friends and relatives.

The police presence was seriously overkill, with some armed officers, up to 10 police vehicles, a FIT/evidence gathering team (EGT), plus airport security vans - all for 25 protesters dancing to KRS One's sound of tha police.

The protest finished around the time of the expected visits, but managed to bring noise and comrady voices to the many inside. The protestors were then chaperoned by a police convoy all the way through the airport compound and into the train station.
As they got into the airport there were clusters of cops and airport security or evidence gatherers/FIT waiting for them on every corner just to make sure they didn't do anything else naughty on our way home...