in the absence of any timetable or genuine willingness from either the mayor or transport for london (tfl), bicycle activists will stage the first of several direct actions tomorrow evening at king's cross road junctions

click on image for larger version. 'some rights reserved' - free for credited non-commercial use, otherwise contact author for permission
----

cyclists and supporters are expected to arrive in large numbers for tomorrow evening's 'critical mass' style blockade at king's cross in protest at the large numbers of cyclist fatalities at the junction and at tfl and the mayor's reticence to do anything about it.

tomorrow's action, which will last an hour from 6pm, follows on from a recent vigil, pictured above, which attracted around 100 cyclists and featured speakers from the london cycling campaign, road peace, london living streets, and the green party, as well as friends and relatives of some of those killed.

sixteen cyclists were killed on london roads last year, up from 10 in 2010.

campaigners are calling on tfl to introduce dutch-style cycling systems. in dutch cities, cyclists face statistically less than half the dangers of their london counterparts, and yet tfl have rejected proposals put forward as long ago as 2008, and instead is reducing the number of pedestrian crossings to 'improve traffic flow'.

tfl's grounds for rejecting junction changes at king's cross is that they may cause 'traffic delay'.

last year, 24 yr old fashion student 'deep' lee was killed by a lorry at king's cross. in december, after rejecting safety proposals at a meeting at camden town hall, tfl officials asked her boyfriend if they could now remove the flower-covered memorial ghost bike. he responded that they should 'sort out the junction first'.

in response to tfl's lethargy and failures, and in a direct challenge to their concerns about 'traffic delays', bicycle activists have called for cyclists and their supporters to join them at king's cross at 6pm tomorrow evening and to cycle around the junction en masse at a safe slow speed, perhaps stopping every now and then as sheer mass of cycle traffic sometimes causes delays.

this will be the first of several regular such actions to show tfl that cyclists are fed up of being treated as disposable citizens and are entitled to protection, safety, and consideration in road planning.

for more info and contacts for tomorrow's and future actions, see www.bikesalive.wordpress.com

and for some excellent opinion pieces and well-researched links, see www.cyclelondoncity.blogspot.com 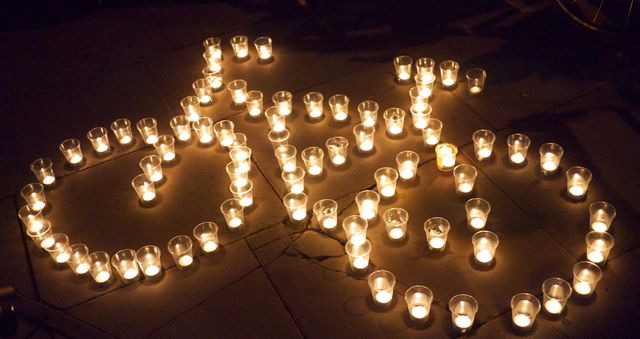 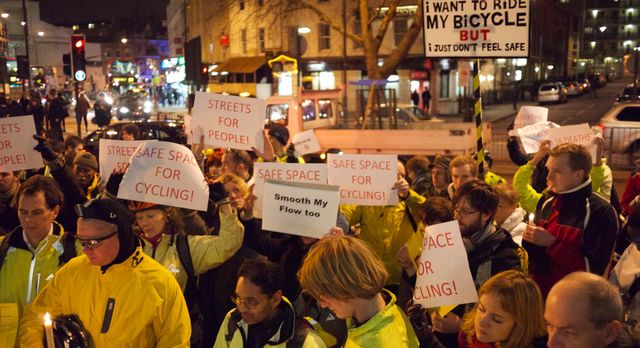 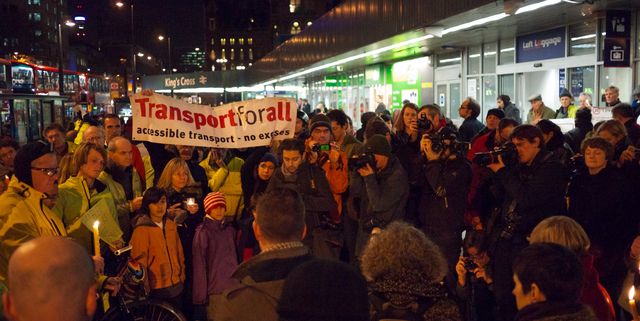 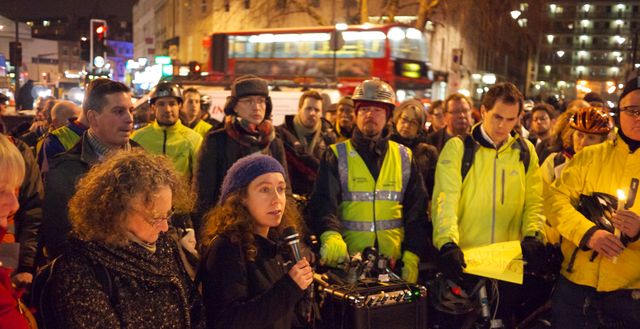 Only sixteen deaths last year and only ten the year before that is great news in a city of six million people. As a comparison here in Amsterdam, a city that's about as pro bike as it is possible to be had 42 deaths in a city of about 700, 000 in 2011.

Much of our problems are because of the awful 'bike first' rule introduced in 1989 that sees cyclists ignore all traffic lights, signs and simply ride with the attitude of "I'm in the right" so collisions are inevitable. Well done London people.

amsterdam pyschler why do you have to lie?

Bike fatalities were cut by 54 per cent in the Netherlands between 1980 and 2001 as a result of road policies and records show the death rate for cyclists in amsterdam is around 6-8 per year not 42!!

So why do you lie? Does it make you feel you are right if you distort reality? Sad.