Military refers all charges against Bradley Manning to court martial 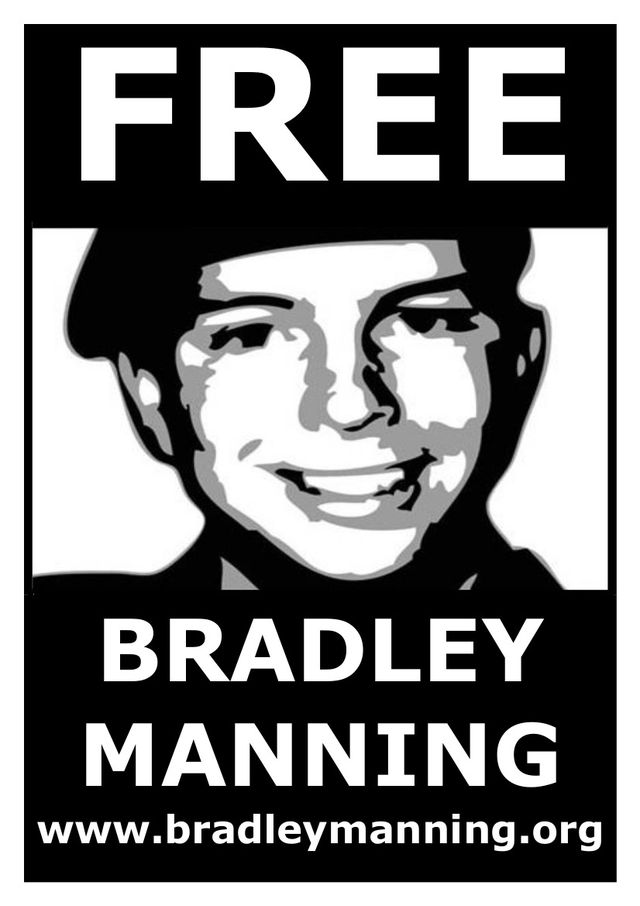 “We’re disappointed but by no means surprised,” said Jeff Paterson, a lead organizer for the Bradley Manning Support Network. “The investigating officer showed no concern for the conflict of interest caused by his dual employment with the Justice Department, or the taint of bias arising from his commander-in-chief, President Obama, who publicly declared Manning to be guilty long before he ever had his day in court.”

Lt. Col. Paul Alamanza, the investigating officer who referred the charges to court martial, refused to recuse himself on the grounds that his employer — the Justice Department — is pursuing a separate investigation into WikiLeaks. He was also criticized for allowing all of the military’s witnesses and evidence to be presented, while prohibiting all but two of the defense’s witnesses from testifying, as well as evidence that could exonerate the accused WikiLeaks whistle-blower.

The recommendations, which now go before the Special Court Martial Convening Authority, include the most serious charge of “aiding the enemy.” Legal observers who followed the Article 32 proceedings noted that military prosecutors never provided evidence of how these materials supposedly harmed national security.

“These charges contradict the administration’s own impact assessments which showed that these WikiLeaks revelations posed no threat to our national security” said Kevin Zeese, a legal adviser to the Bradley Manning Support Network. “But since the Obama administration appears dead set on railroading Bradley Manning through their show trial, we can’t expect them to allow such critical evidence or testimony to be considered. This evidence could have shown that these materials were improperly classified.”

The new convening authority Maj. Gen. Linnington is expected to make a final recommendation on these charges in about a week, with the court martial anticipated to resume in three to five months.

Hundreds of supporters marched and demonstrated in support of Bradley Manning outside the Article 32 proceedings at Fort Meade last month. Organizers say that the Obama administration can expect even larger numbers at the court martial.

FORT LESLEY J. MCNAIR, DC – The investigating officer assigned to the Article 32 Hearing for Pfc. Bradley E. Manning forwarded his recommendation to Col. Carl R. Coffman, the Special Court Martial Convening Authority, on Jan. 12, 2012. The investigating officer concluded that the charges and specifications are in the proper form and that reasonable grounds exist to believe that the accused committed the offenses alleged. He recommended that the charges be referred to a general court martial.

Pfc. Manning is charged with aiding the enemy; wrongfully causing intelligence to be published on the internet knowing that it is accessible to the enemy; theft of public property or records; transmitting defense information; fraud and related activity in connection with computers; and for violating Army Regulations 25-2 “Information Assurance” and 380-5 “Department of the Army Information Security Program.”

If convicted of all charges, Manning would face a maximum punishment of reduction to the lowest enlisted pay grade, E-1; total forfeiture of all pay and allowances; confinement for life; and a dishonorable discharge.

Media queries may be emailed to the U.S. Army Military District of Washington Public Affairs Office at