We demand the truth about British involvement in torture

The announcement by the CPS and Scotland Yard regarding the decision not to pursue certain individuals from British intelligence in relation to allegations of complicity in torture may, on the face of it, seem to have brought the matter to a close. That, however, is not quite it. 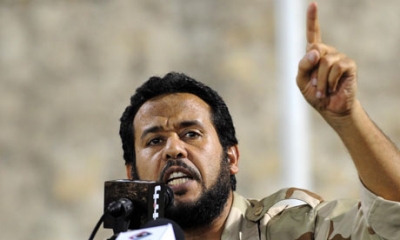 'Abdel Hakim Belhaj was offered up as a gift to Gaddafi

While it is true that in the case of Binyam Mohamed criminal prosecutions may not be taking place there has been an admission, for the first time, that he was rendered and held in extrajudicial detention – which is a victory of sorts.

But there's more. Mohamed maintained – like many other torture victims in countries as diverse as Morocco, Pakistan, Syria, Egypt, Bangladesh and Libya – that he was tortured with British knowledge and complicity but not in the presence of British agents.

Shaker Aamer, the last British resident in Guantánamo – who marked the 10th anniversary of his time in the US military prison this week with yet another hunger strike – has often claimed through his lawyers that his head was repeatedly smashed against the wall during an interrogation at the Bagram airbase prison in 2002, right in front of an MI6 agent. For the truth of these allegations to be fully investigated the police need to speak with Aamer.

In the cases of both Libyan rendition victims, Abdel Hakim Belhaj and Sami al-Saadi – both of whom I visited in Tripoli some weeks ago – the evidence is too compelling and the case too politically sensitive to even attempt to brush aside, like Mohamed's. Saadi, a key Islamist opponent to Muammar Gaddafi whose two brothers had been killed during the infamous Abu Salim prison massacre of 1996, told me how he was lured by the British into thinking that he could come back to the UK, where he had once lived, from Hong Kong. Instead, he was arrested along with his wife and four young children, hooded and shackled and put on an Egyptian-registered plane on a one-way trip to Tripoli. Saadi was greeted in prison by intelligence chief Moussa Koussa who personally made threats against him and ordered his torture in the same Abu Salim prison where his brothers were murdered.

The case of Belhaj – who was surrounded by men kissing his hands and forehead as a people's liberator (shortly after the visits of David Cameron, Nicolas Sarkozy and Recep Tayyip Erdogan) when I met him – is even more embarrassing for the British government. He, like Saadi, was offered up as a gift to Gaddafi – the new ally in the "war on terror" back then – but used skills gained on the battlefields of Afghanistan to lead the rebels in Tripoli to victory as a key leader of the National Transitional Council. The evidence, unlike in the cases of the Guantánamo prisoners, is not hidden in the secret intelligence files of the CIA or MI5/6 that can never be accessed due to"'national security" excuses. The smoking gun was uncovered, paradoxically, by western-backed rebels who stormed the headquarters of the Libyan mukhabarat(intelligence); a Human Rights Watch researcher found documents there that revealed clear and friendly communication between Britain and Libya which named Saadi and Belhaj as offerings to help bring Gaddafi in from the cold.

In my own case, and those of several other British men formerly held in Guantánamo, the case is not over. Not only was I sent into US custody because of British intelligence but also they were physically present every step of the way: in secret prisons in Pakistan, Kandahar, Bagram and Guantánamo. I've never been to America – America came to me, but why? Because the same intelligence officers who came to my house in 1998, to whom I offered a cup of tea, were the same ones who reappeared to haunt me as "spooks" during my years as a US captive. The police are aware of this and all the details and I don't think they plan to drop this – or any of the even more compelling cases so easily.

What's left is the inquiry ordered by Cameron into allegations of complicity in torture by our country's intelligence, but none of us are giving that any weight. Thus far, it's a red herring. I've met the Gibson inquiry team a couple of times with the intention of fully co-operating but there has been no reciprocation – not with the others or me. We were told quite categorically that we – and our representatives – will not get to see or put questions to those men who were responsible for what happened to us under the terms of the inquiry, and that we must put our trust fully – again – into government-appointed adjudicators. The words cover-up and injustice come to mind.

That is why we have all – unanimously – boycotted it. We were held in secret detention for years under the rules of secret evidence. For this chapter to close we need to face the accusers – who now stand accused.

Torture for any Reason is Unjust and Illegal.

The Geneva Conventions of war declare that torture is cruel and unusual harm, and cannot be used legally anymore. It is a remnant of the techniques of the Empires Enslavement, and then the Feudal Medieval Dark Ages and has been co-opted by the Fascist-Imperialist systems to be used in the present context of Empire.

The anti-fascist liberation from militarization has set codes of conduct, and declared that torture is not to be used at any time or for any reasons at all. The fact that the Empires of the Imperialist-Camp are reviving its use, and applying torture to their global empires is indeed a huge set back to the new dark age of pollution and Aggressive Wars as foreign policy.
The fact that they employ this discredited method of unjust warfare means that they will no longer obey the rules of war set down by the anti-fascist covenants, which the anti-fascist fighters of the second world war brought into being. The liberation fighters had on their minds to set liberation as ending aggressive war as any nations foreign policy, and making collective agree as democracy the new way forward for settling disputes with between nations.
The way forward militarily is to scrap the war machine and its manufactury, which is the working classes way of properly ending wars forever, and ushering in the era of peacefull and new just society.

That was deliberately thrown out at the Versailles Treaty in 1919 by the Empires of Britian, France and the U.S.A. From the get-go the Imperialist Camp has refused to implement the workers liberation programs so that war itself is brought to an end and the new society lives up to mutual benefit that settles disputes between nations. Workers of the world, unite!! You have a world to win!!