Some photos and a short report from today's census refuser court hearing and solidarity vigil in Liverpool. 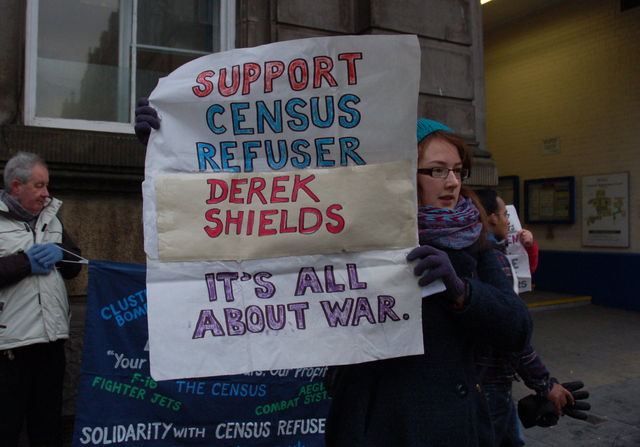 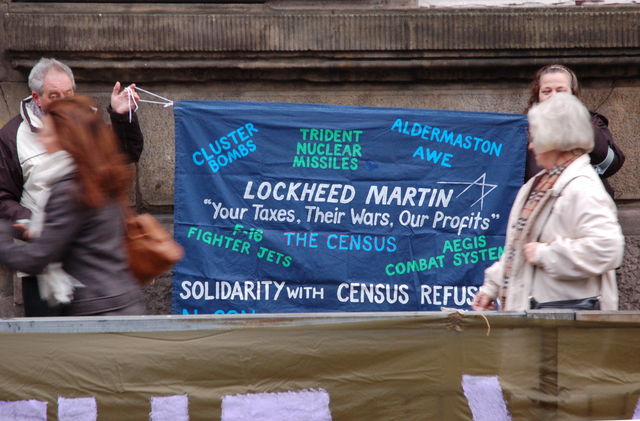 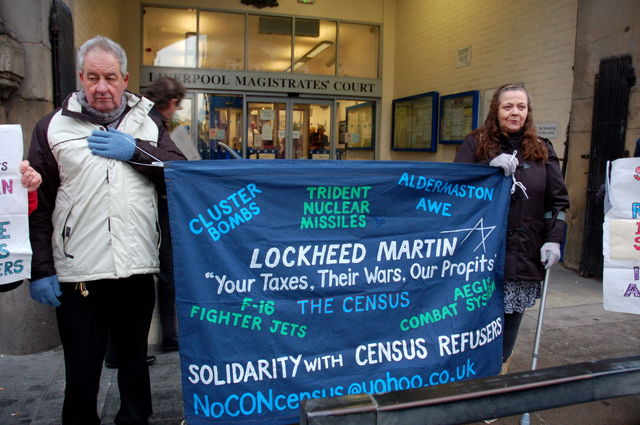 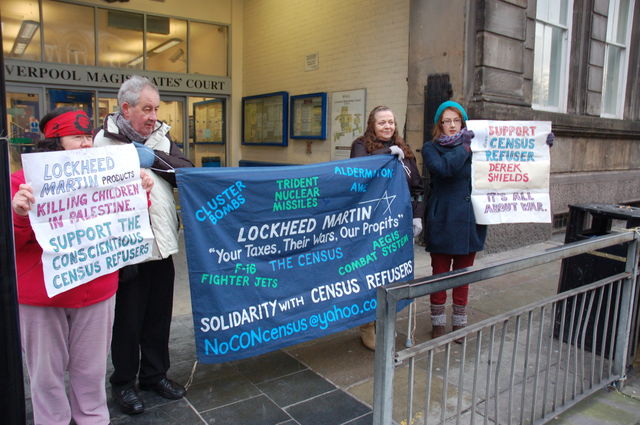 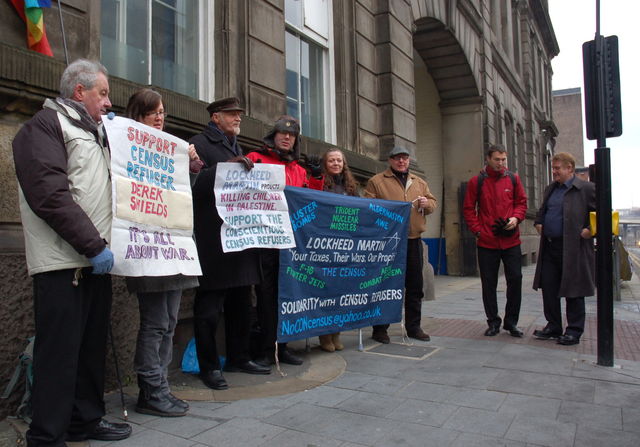 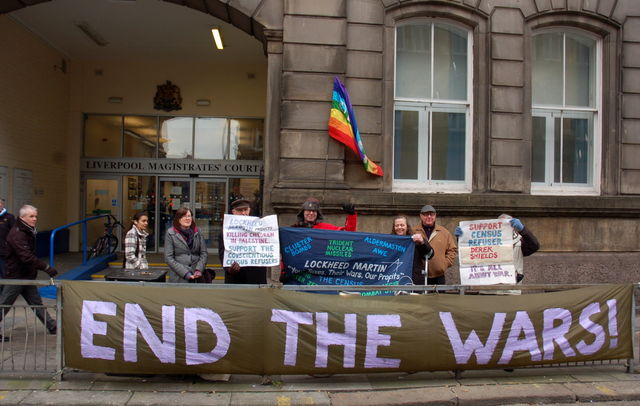 Supporters gathered outside Liverpool Magistrates Court from 9am this morning to support census refusers. We were attaching a large banner to the railings on the pavement (public highway) outside the court when a member of court security came out to see what we were up to. We volunteered that the banner said "End the Wars". The woman smiled at us and headed back the way she had come: "I can go along with that."

Three trials had been listed for today and tomorrow: Sarah Ledsom, Andy Manifold and Derek Shields. All three cases were on the court board listing for the day. Andy and Sarah's cases should have been listed 'for mention' in Court One, the trials proper (set for 17th and 18th January) having been vacated yesterday. However, the only mention of these cases in Court One when we got there was by the CPS prosecutor, who said he'd passed them on to the prosecutor in Court Three, but they didn't seem to be being mentioned in Court Three either and, after some queries, the Usher announced that the matters had been dealt with yesterday; if true, this begs the question of why they were still listed for today.

In any event, these two trials have now been adjourned for at least a few weeks pending the outcome of the judicial review on the issue of the refusal (on interests of justice test) to award legal aid.

Back in Court Three, Derek's trial went ahead, with a prosecution case based on a few sentences about the census including the statement "Everybody must comply" (yeah?) and a couple of short statements from the census enforcement team, who had clocked that Derek was objecting to the involvement of a US arms company after a two sentence conversation in his house, leaving immediately afterwards and making no attempt to interview him under caution. The prosecutor summed up the crown's case with her assessment of Derek's position: "He has a conscientious objection to filling the form in."

Derek presented his own case in a few well-chosen words: "I'm not getting into bed with an arms dealer." A witness spoke in Derek's defence, testifying to his good character, his integrity, his strong Christian faith, his acts of mercy to those less fortunate than himself and commented that "it would destroy him to go against his religious beliefs."

The magistrates duly retired, came back, found Derek guilty as charged under Section 8 of the Census Act 1920. Derek stated his intention to refuse to pay any fine imposed and said that he would go to prison if necessary. Then there was a bit of a discussion about means following which the magistrates retired again, returning to announce a fine of £75, with £100 costs and £15 'Victim' surcharge, in inverted commas as we have no idea who the victim could possibly be in this instance.

After speaking to reporters outside the courtroom, Derek and his supporters joined the vigil on the pavement.

NoCONcensus held an organising meeting in the afternoon.

We hope to have a fuller account of proceedings in the court soon.

There's a report in the Guardian about the case: