Today the State authorised 2000 police to evict the long term land occupation of Pinheirinho, near Sao Paulo in Brazil. Despite a 15 day truce demanded by a Federal judge last week, the police went in this morning in a surprise attack 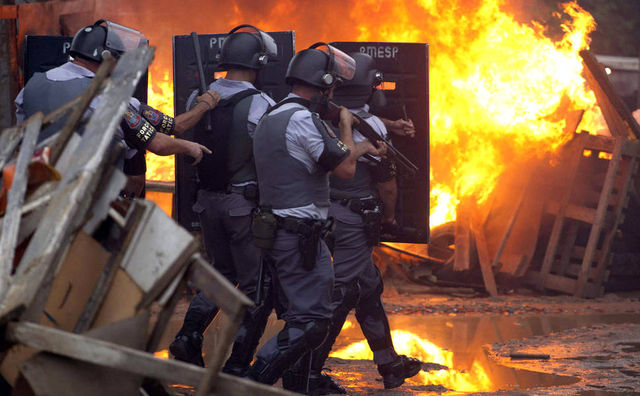 Cops go in this morning 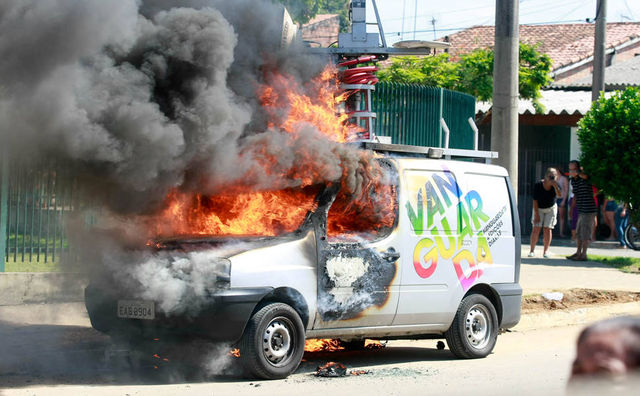 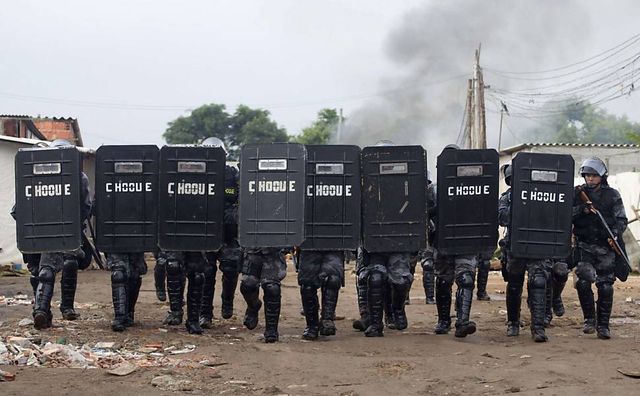 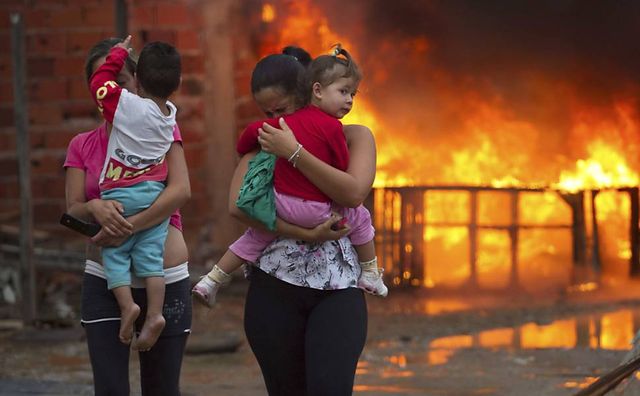 Mums and kids of Pinheirinho 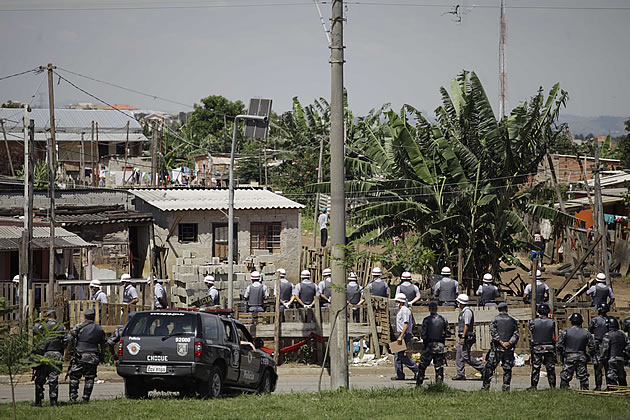 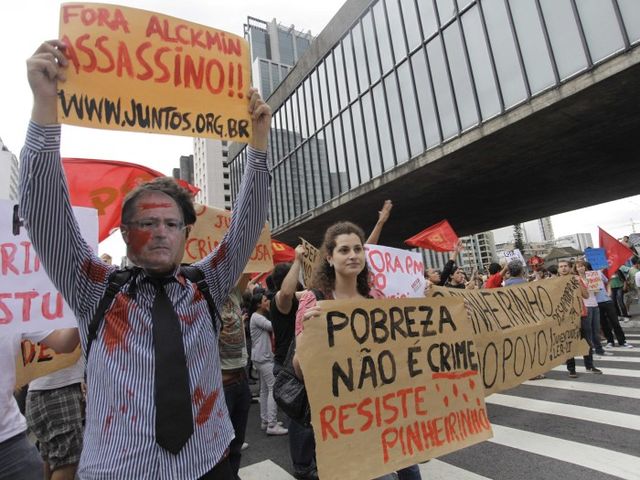 Here is the older story from last week with some background on Pinheirinho:

A solidarity demo was held this evening in Sao Paulo and blocked the main Paulista Avenue for a while. Another solidarity demo has been called in Sao Jose dos Campos, the town where Pinheirinho is located.

The official version of the eviction reports that one man was shot and taken to hospital during the poilice assault on Pinheirinho. The 1st Shock Battalion of Police (ROTA) from St Paulo were at the forefront of the eviction although there were cops gathered from 33 other municipalities in the State.

During the eviction, there was some resistance as people fought back from behind barricades which had been torched to prevent the police coming in to Pinheirinho and also some stone throwing at the police from the roadside. The police has arrived using teargas and firing rubber rounds. At some point in the eviction a media truck from TV Vanguarda, a subsidiary of the shit Globo empire was set on fire.

All day rumours have been circulating from the eviction about deaths during the cops assault. It's hard to follow the real news from within as mobile and telephones were cut off before the cops came in. Being Brazil, this would not be the first massacre at a land occupation. Mainstream Brazilian media is also famously right-wing.

An estimated 5500 families live at Pinheirinho, on land owned by a bankrupt businessman. Despite a wearying round of intervention by judges at the federal level to put the eviction on hold, the State decided to make it's move today.

In Brazil, it's possible still to disappear people even though the dictatorship ended in 1984. From Pinheirinho today there are numerous accounts from residents of violence and possible deaths from beatings to shootings with 'non-lethal' weapons to live ammunition.

German Fields residents, which is next door to Pinheirinho reported in the morning that they had seen people wounded and shot and several high-speed ambulances carrying out an unknown number of people. Many shots from firearms were heard, according to residents, coming from by the Civil Guard cops. At one point, police entered houses breaking in the doors, dragging out residents. About six people could not be located or in police stations or in hospitals. They said that the Route 3 people killed, and others wounded. Bomb hit a moral effect on the face of an old man; Route police were seen beating an old lady, because she was asking them something to ROTA. Several reports were of shots of rubber bullet at point blank range, in one case the bullet went through the person's leg. Wounded and injured were all taken to the emergency room of the Vila Industrial. Police cars began to speed inside Pinheirinho and almost ran over dozens of people. Cop helicopters dropped explosive flashes onto the residents increasing the likelihood and severity of injuries.

Even many hours later after this morning's eviction, it was being reported that shots could be heard inside Pinheirinho complex


This afternoon demonstrators blocked the roadway towards the Rio Via Dutra in Sao Jose dos Campos, in the Paraíba Valley, São Paulo. The road was blocked for more than 30 minutes in protest against repossession. According to Military Police there were 16 arrests, one injured and some burned cars. Residents, activists, supporters are starting now to spread the real story.

Video of protests, gas and man shot with rubber bullet

There is a solidarity demo called in Rio de Janeiro at Monday 4pm at Carioca, downtown. 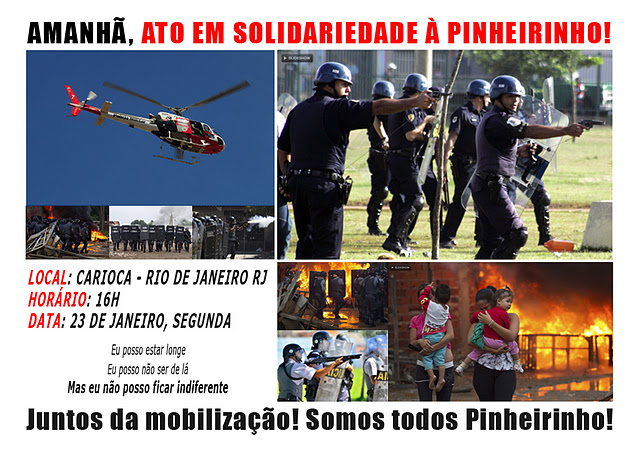 Diário Liberdade, an anti-capitlaist newsite, is reporting today that according to residents there may be seven deaths. A director of the Metalworkers Union of São José dos Campos says there were five residents dead. A policeman and a villager, he said, were in serious condition. More than 18 people were arrested, cellular phones and internet were cut on site. Children and elderly people were rounded up and abused inside the occupation and evicted with violence. Belongings were destroyed and the inhabitants were not allowed to take them with them. The lawyer of the occupation, Tom, was shot by a rubber bullet and then was arrested. Information that comes directly from Pinheirinho is that all leaders and key activists involved in the resistance were arrested, some brutally beaten.

Link to a comprehensive timeline of yesterday's eviction (in portuguese):