Market solution is the crash - prospects for March 2012 Euro settlement?

Crash looking likely - why politics and economics are failing together

hi-band version is at radio 4 all

You lot said this last time there was a crash in 2008.
It was all Doom and Gloom and that there was a depression.
This site said it was the end of capitalism.......... they were wrong, it was the best time to buy.
Hisory shows this. You can look at old articles on this site from post Oct 2008, and compare what really happened to the stock market in the years afterwards.

Meanwhile, people with smarts, backed up the lorry and bought up equities on the cheap at bargain prices. 3-4 years later, we got prices back to where they were and made a killing!

My advice: Repeat and rinse
Theres somekind of market correction every 3 or 4 years. Stay in cash, wait till it happens, then when everyone is going on about how the end of the economy and capitalism has begun, when everyone is at their most fear and are talking about a new depression, then BUY!

Dire Lessons From the Eurozone 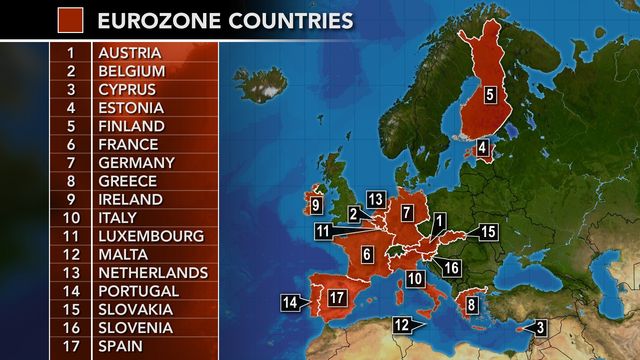 Tracing The Politics of The Crisis
I remember my Political Economy lectures at university when the European Union was held up as a successful model of a political and economic ‘superstate’ which other continents in the world could follow. I remember shuddering at the very idea of such mega-scale integration and central control, only one step behind Bertrand Russell’s insane idea of a ‘world government’, even as we struggle to contain the growing power and aggression of the nation-state itself.

The political collapse of Greece and Italy unfolding before our very eyes, should put such fantasies to rest. I say ‘political’ rather than ‘economic’ because although the initial crisis occurred in the financial arena, all the subsequent decisions made were political in nature, though dictated by capitalist imperatives. Since the mainstream media are no help, we need to unmask the full picture of this ‘crisis’ by tracing things back to the beginning and understand what is actually happening in the Eurozone and what implications it has for all of us.

When the profiteering bubble in the housing/mortgage industry in the US collapsed, mainly by extending deceptive and complicated loans, the consequent mass defaults struck at the heart of the banking and investment industry which had amassed all the risks, wiping out trillions of dollars of asset value (ie property, businesses, housing) off the books. Investors withdrew their money that caused a shortage of money supply, leading to the jamming up of the gigantic conveyor belt of financial markets that move money back and forth within the system, keeping it greased, allowing wages to be paid, loans to be lent, debts to be serviced etc. This is why the ‘real economy’ (commodities and services) takes a hit whenever there is a ‘financial’ crisis.

Since the financial system is globally integrated the crisis spread like wildfire, extending the liquidity problem to all connected countries, but some more than others. As money became scarce governments, and allied institutions, had to raise it themselves through Quantitative Easing, by slashing interest rates for banks and big businesses, and by selling public assets to private companies.

But this still does not explain why the focus within mainstream circles suddenly shifted to the ‘debt problem’ in the last two years.

What the media won’t tell us is the fact that there is an inherent contradiction within the current system: constant economic expansion and the accumulation of ‘wealth’ is impossible without borrowing; and the constant cycle of borrowing and repayment is what keeps the money flowing through the system; meanwhile, constant repayment is not possible without further economic growth and for that more borrowing is necessary, leading to more debt, and so on.

In a debt-accumulating economy the sudden shortage of money supply caused by the financial crash has brought the thorny problem of debt back in focus, but not in the way it should have been. Rather than arguing against the long-term consequences of debt money, reliance on private investors for the supply of it and of never-ending economic expansion which has to be unsustainable by any rule of logic, mainstream media and their cartel of ‘experts’ have focused on the need to raise capital through ‘Austerity’. Austerity is only ‘necessary’ to the extent that they aim to save the system at any cost, and that is entirely a political decision.

At the moment, we are being given the impression that Greece is the ‘bad guy’ dragging down the economies of the whole of EU through its huge debt and its lack of diligence in repaying it. The truth is Greece, being a smaller and weaker economy, has borne the brunt of the crisis and is hence one of the biggest victims of the crisis. We are not informed of the obvious capitalist contradiction that without credit and a consuming and spending population Greece cannot expand its economy and hence service its debt. Such knowledge would lead to the obvious conclusion that Greece cannot save the system without causing its people unprecedented misery, and therefore they are better off choosing a different alternative. If the governments don’t then the people will. For well-known reasons such a solution is not acceptable because investors cannot make profits off of it, and it will probably lead to the end of the EU.

So what we see is a shamelessly Machiavellian Greece-baiting, painting a vivid picture of inept and lax politicians who are not man enough to implement ‘tough’ measures to please investors, which , incidentally, is not true. Greek politicians are risking coups and a veritable revolution in falling over each other to do the bidding of Big Brothers, Germany and France. The scrapping of the popular referendum on austerity is the most blatant example.

Eurozone is proof of the fact that politicians will go to any extent to save the system. If Greece defaults it will intensify the liquidity crisis, and we might see much harsher austerity measures undertaken here in the UK. If Italy defaults, which is more doubtful, it will be even worse because Italy’s debt is so large (over £1 trillion) that bailout appears unthinkable. The only easy pickings for politicians is us – the masses. So, if Greece is in any indication, we in the UK must prepare to be far more militant, on a regular basis, and much more organized, if we aim to truly stop the juggernaut of the Austerity Program.

Doublethink described in Orwell's 1984 as:
The power of holding two contradictory beliefs in one's mind simultaneously, and accepting both of them to be true.
To tell deliberate lies while genuinely believing in them, to forget any fact that has become inconvenient, and then, when it becomes necessary again, to draw it back from oblivion for just as long as it is needed, to deny the existence of objective reality and all the while to take account of the reality which one denies - all this is indispensably necessary. Even in using the word doublethink it is necessary to exercise doublethink. For by using the word one admits that one is tampering with reality; by a fresh act of doublethink one erases this knowledge; and so on indefinitely, with the lie always one leap ahead of the truth.

In a free market the the banks would not have been bailed out. They would have gone bankrupt.Their share holders would have lost all their wealth.
"Limited liability" does not exist in a "free market".
Bank share holders and bankers take stupid risks because they know that they will be protected from real free market economics by state intervention.

So what is the answer from a marxist old labour oxford economist? More state intervention no doubt!