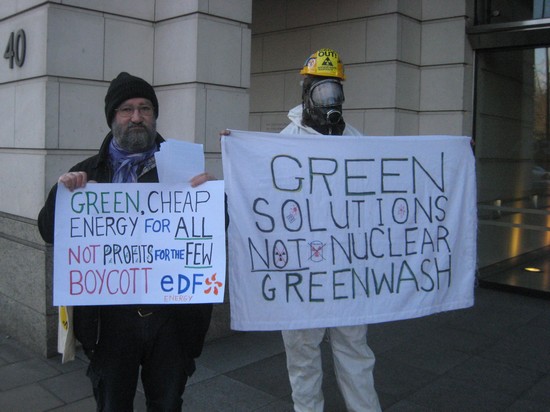 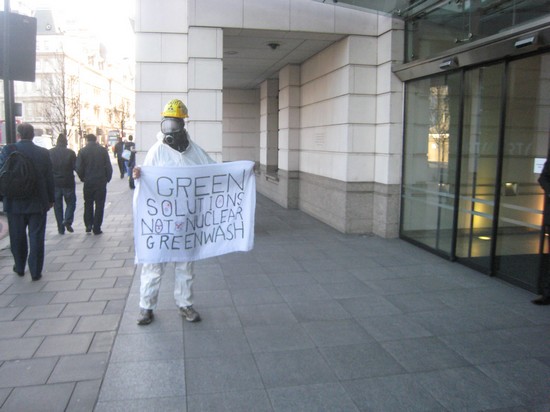 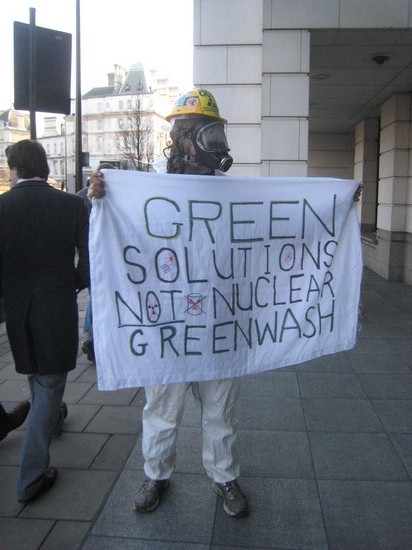 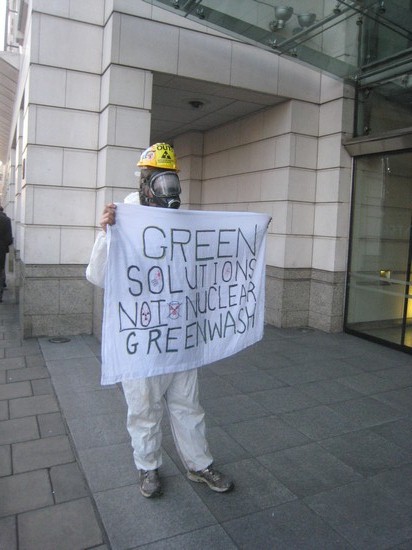 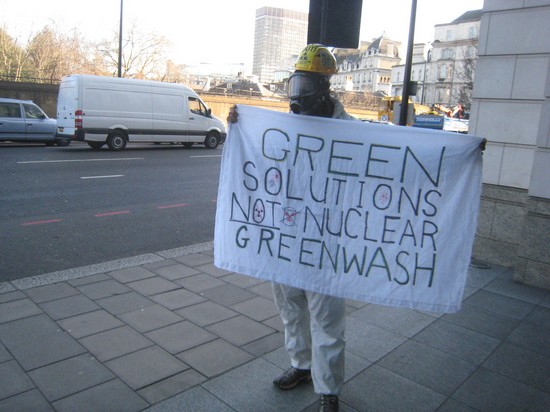 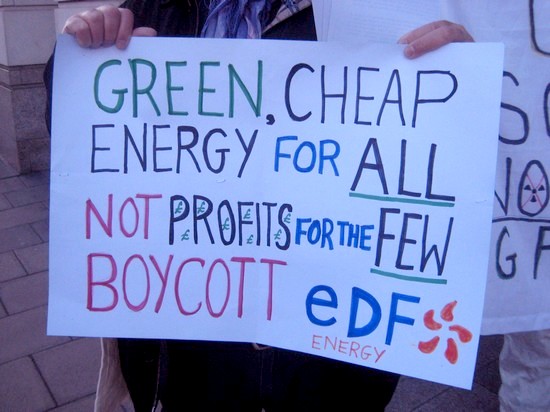 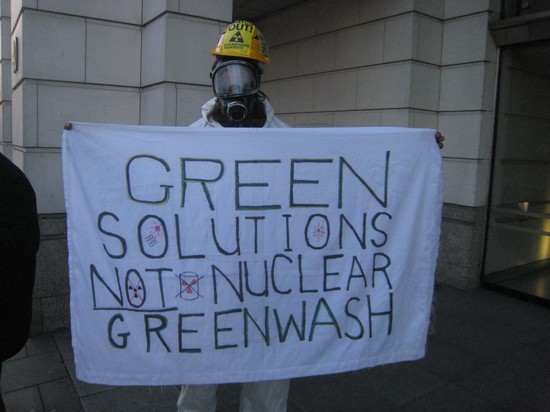 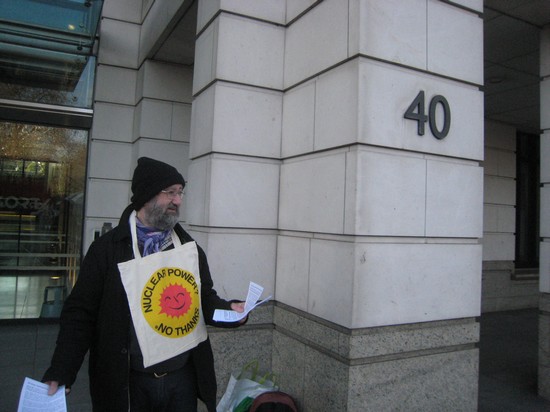 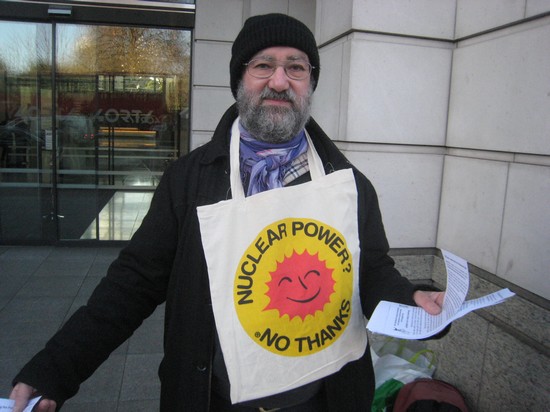 “With the Fukushima nuclear crisis in Japan fresh in people’s minds, we firmly reject dangerous and false solutions to climate change like nuclear power.

“EDF Energy and the other five energy fat cats have almost complete control over our energy supplies in the UK. We are fed up with watching these companies put profit before people and planet.

Nancy added that a new model for energy provision is needed:

‘”It may be possible for energy dictators like EDF Energy to be persuaded (or forced) to cut their prices and switch to safer and more sustainable sources of energy, like renewables but we think that reforming the energy market can only be a partial solution to a much deeper problem.

“Control of our energy sources and supplies remains in the hands of big multinational corporations. As long as this situation continues, it will be extremely difficult for society to take the action necessary to wean itself off fossil fuels and nuclear power, and switch over to renewable and (predominantly) decentralised energy production, where the whole community benefits.

“We need a new model of energy production that provides for people’s needs without costing the earth, economically or environmentally. This can be done. Countries like Germany are starting to move in the right direction. The UK must move quickly to mobilise against the tyranny of the Big Six if we are to prevent further suffering and environmental destruction.”

"We want a future, not a disaster!”

Boycott EDF is a campaign connected to the Stop Nuclear Power Network, part of the Stop New Nuclear alliance.

Further details of these groups:

Following a 400- strong blockade at Hinkley Point last October, Boycott EDF campaigners will be joining hundreds of other activists who are returning to the Somerset site during the weekend of 10-11 March 2012 to mark the first anniversary of the start of the Fukushima nuclear crisis in Japan.

All images are Copyright (c) 2012 D. Viesnik / Boycott EDF. They may be reproduced free of charge for non-commercial purposes if credited. For larger, high resolution versions, please e-mail vd2012-picasa [at] yahoo .co .uk