A round up of campaigns organised by people in their communities including saving the local school, health service, and prevent nuclear waste dumping. 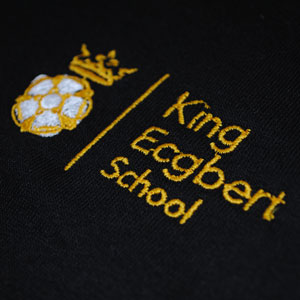 Parents in Sheffield have joined together and formed a protest group to campaign against their local secondary school becoming an academy. The group KES PLEAS (King Ecgbert School Parents for Local Education Authority Status) is angry at the school Governors going behind parents’ backs in ensuring the school is changed to academy status.

The group discovered that as far back as June 2011 Governors had registered an interest with the Department for Education in converting to an academy, some five months before the consultation process. The Governors are set to formally make a decision and vote on the proposals on January 17 depending on the results of the consultation. Headteacher Lesley Bowes said the financial advantages brought by academy status are essential as the school is facing a 25 per cent cut to its sixth form funding.

Campaigners who demanded a public consultation involving “ordinary people” in the face of sweeping cuts to small hospitals in the region have won a three-month extension to threatened services at Bridport Community Hospital, Dorset. Plans to remove outpatient appointments, day case surgery & radiography from Bridport hospital have been pushed back from March to July after a concerted effort by local people to stop the move. Community Health Campaign (CHC) was formed to challenge decision after a consultation process had been set up that excluded those who would be directly affected by the change. Eileen Harding, a member of Community Health Campaign (CHC) said: “To discover that a group, which I did not know existed, is being consulted on my behalf, is unacceptable. Any group dealing with Bridport should be local and represent ALL aspects, including, pensioners, families, low paid workers, and the disabled.”

The Court of Appeal approved a case brought by a King’s Cliffe residents against the Secretary of State over the dumping of low level nuclear waste (LLW) at the King’s Cliffe landfill site in Northamptonshire. Despite this Augean PLC who are set to deposit up to 250,000 tonnes per year of radioactive waste, ignored requests to stop until a legal decision has been made. Residents of King’s Cliffe and surrounding villages responded by mounting a blockade of the site in December.Around 25 residents arrived at the site early one morning, and set themselves up in the entrance. In order to delay the passage of lorries bringing LLW, four residents clipped themselves into steel tubes inserted in barrels of concrete, leaving a small group to continue the protest by the roadside. Six people who had ignored police instructions to move were arrested, and later released.