At about midday, a group of activists strung a chain across the Regent Street North junction with Oxford Circus, and a number of wheelchair users attached themselves to the train. Police were fairly slow to arrive, by which time numbers were also swelled with the arrival of those who had responded to the call out.

The protest was a response to the draconian measures being taken to slash welfare provision, with disabled people being some of the hardest hit. A propoganda campaign mounted by the state and corporate media has produced a nasty backlash against disabled people. One woman told me that she has been asked if she really needs her wheelchair.

DPAC called for more protests to be held across the UK, and it is to be hoped that this will happen. 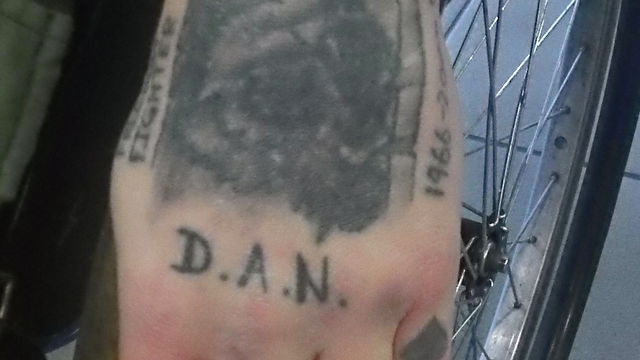 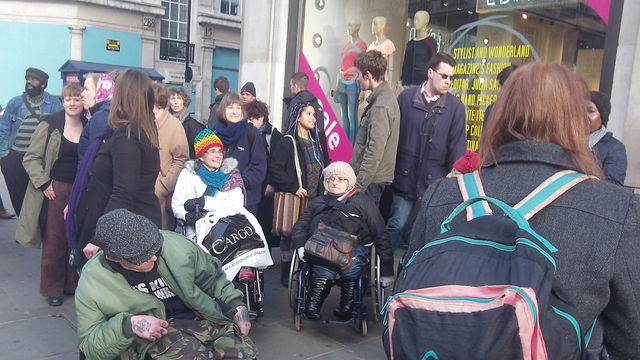 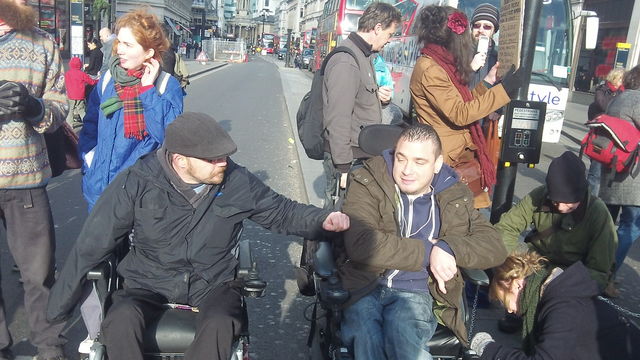 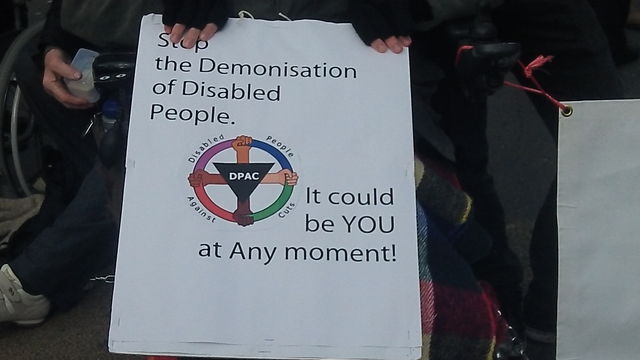 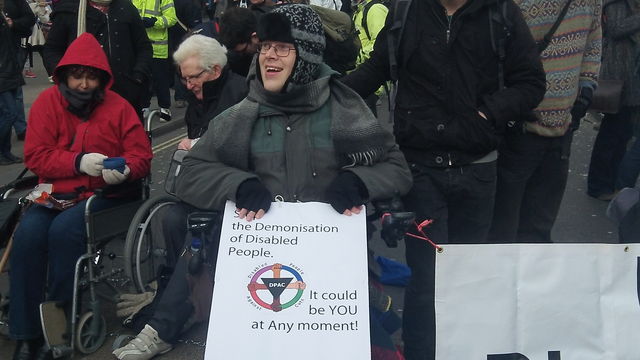 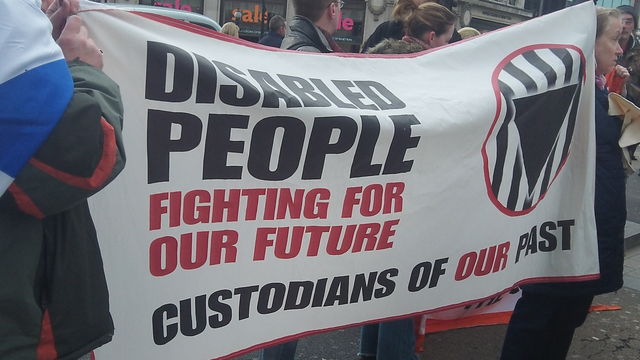 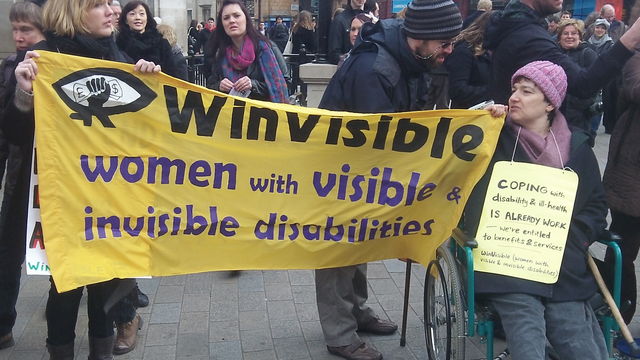 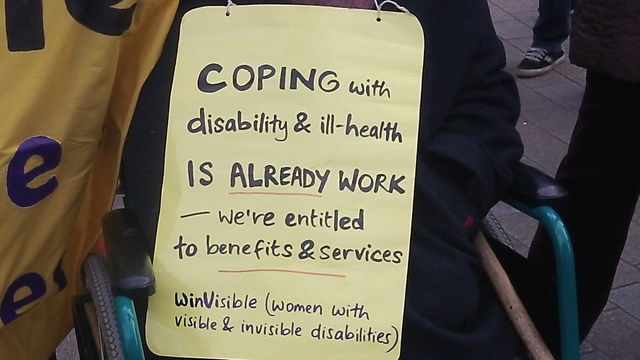 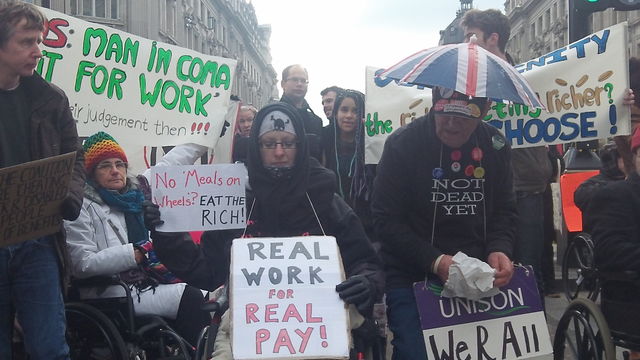 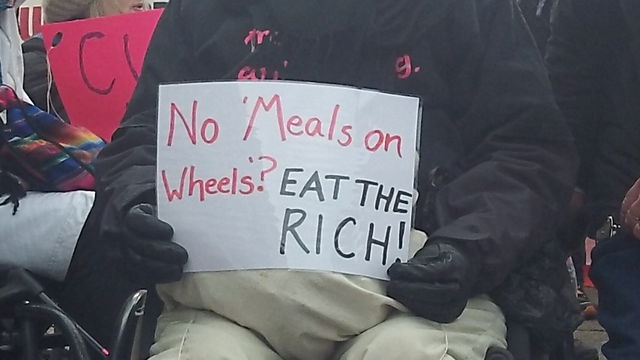 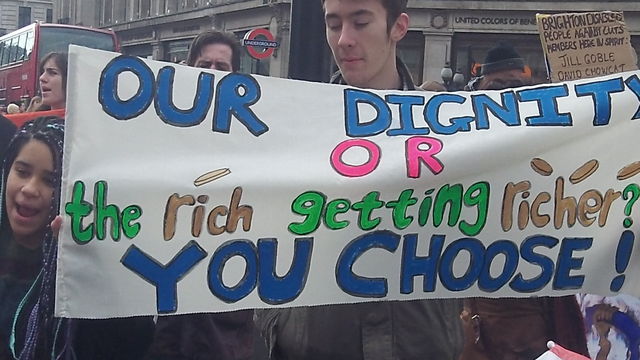 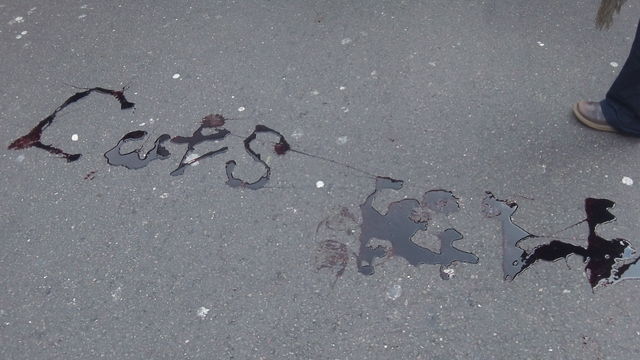 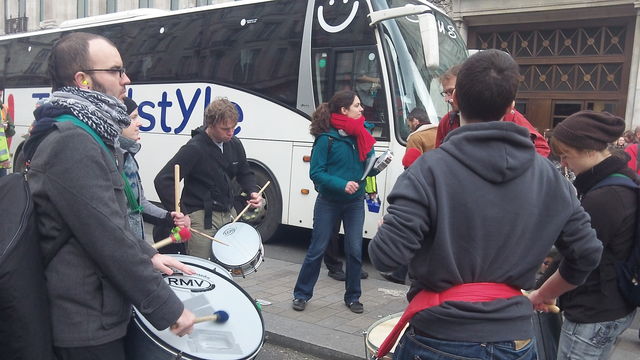 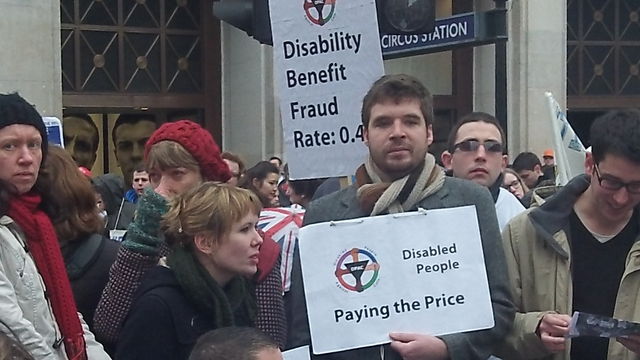 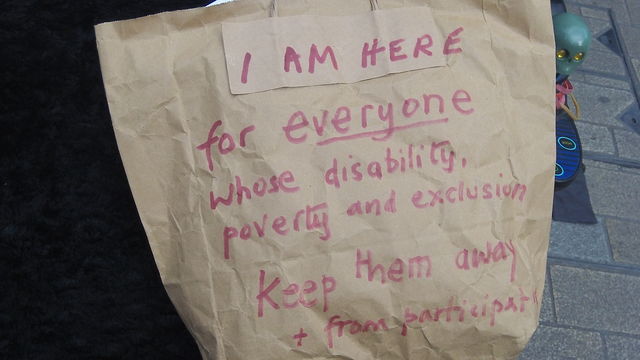 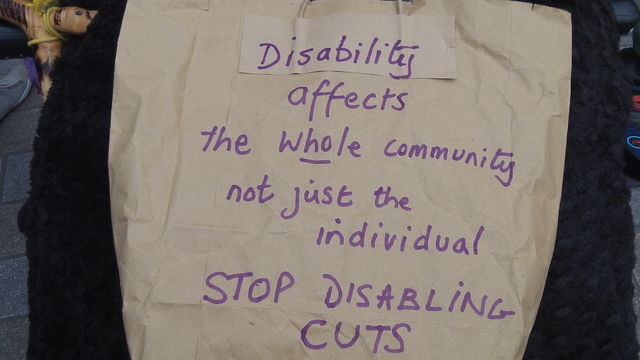 When I left at about 1.15 the police were there, standing around and things looked pretty solid.