On the 8th February 2012 Chris Osmond, a long-term campaigner against EDO MBM.ITT, was in court for criminal damage for allegedly tapping the fence of EDO with a rock during a demonstration. 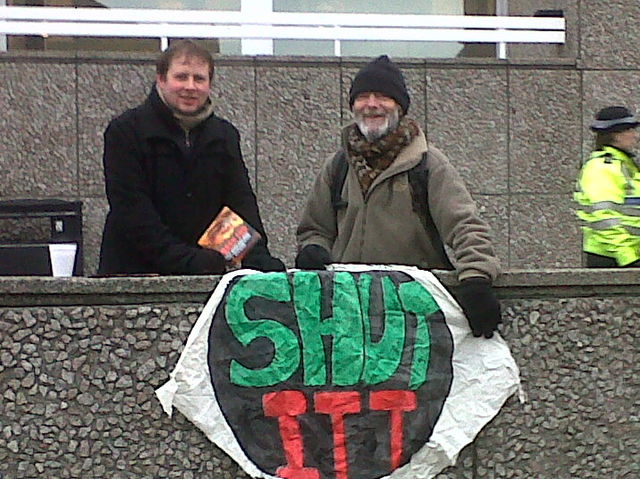 On the 8th February 2012 Chris Osmond was in court for criminal damage for allegedly tapping the fence of EDO with a rock during a demonstration.

A solidarity demonstration was held outside the court

The charges against Chris are clearly politically motivated. The trial has been running for fifteen months with the Crown Prosecution Service never yet specifying the amount of damage caused.

The defence made an application too dismiss on the grounds of abuse of process. This was because the CPS had originally dropped the case due to 'insufficient evidence' and then restarted the prosecution five months later.

During his evidence Chris branded the proceedings "Kafkaesque"

The district Judge will give a judgement on the abuse of process argument by the 20th February.