Arriving in Berlin for the Berlinale, it was with trepidation and excitement that i was thrown into the core of the Film Festival. As one of the victims from Diaz, i had waited a long time to meet the cast of Domenico Procacci's Diaz: Don't Clean Up This Blood and also to see the film for the first time. 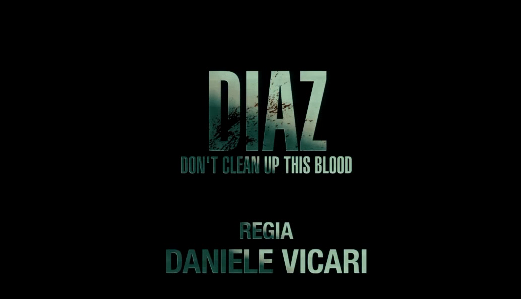 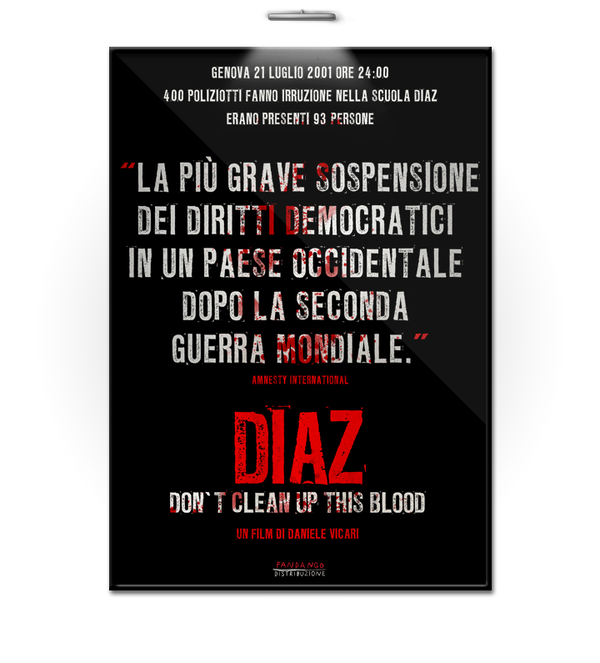 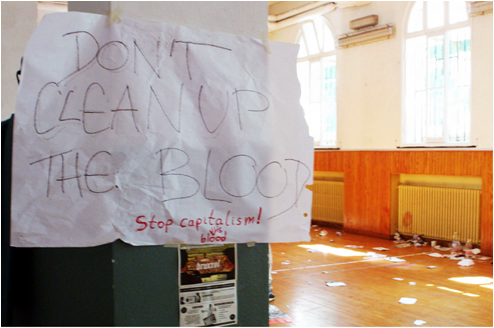 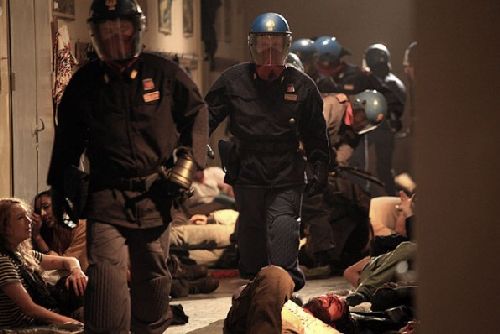 Over 30 of the original victims from the raid had also gathered to see the film for the first time also. Some of us when to the press conference in the Grand Hyatt hotel and were impressed by the high turn out and interest of the international press. Procacci and Danielle Vicari, the Director described to the audience that Diaz was the hardest film project ever undertaken by the Fandango production team. Both of them and also members of the cast also spoke about how the film had personally effected them whilst it was in production.

Moving on, we all took our seats in one of Berlin's largest cinemas. To our surprise, all the tickets had been sold out within hours of going on sale. For all of us from Diaz, it wasa difficult and very personal two hours as the film played. As the film finished, we all wandered how the audience would react but there was a stand ovation for over five minutes for the cast. Finally, we said to ourselves, the true story of Diaz has gone global...

Procacci and Vicari has based the film on a number of key testimonies from both the victims of Diaz and from the police. Fandango picked my case, Lena and Neils, Mina, Anna, Melanie, Lorenzo and a few others to be told. For me seeing the film for the first time, it was like being taken back to the horror of Diaz and reliving it again. Vicari does not hold back depicting the brutality and violence that was inflicted on us by Canterini’s unit.

For an audience who were never at Diaz, it a is a powerful masterpiece of Italian cinema.

Diaz is arranged in a ‘Pulp Fiction’ type script as Vicari lays out the scene of the Genoa riots and most of the events preceding the Diaz raid. Original footage from 2001 is intermingled with set pieces which are recreated by a cast of hundreds.

As for the Italian police, Canterini (the commander of the 7th mobile from Rome- convicted five years)and Fournier (his deputy- convicted 3 1/2years) have extensive parts. Burgio’s criminal history at Diaz is retold with Fandango doing a pretty good job on telling the story of the planting of the Molotov's. Vicari begins the film with presenting the Diaz police as the Italian public sees them...as members of law and order.

By the end of the film, the audience has been taken on a journey to the dark side of Italy.

You rapidly lose any respect for the Diaz police given their actions at the school. By the end of the film, the audience will of formed an opinion that Canterini’s unit and the rest of the commanders are just a bunch of criminals in police uniforms.

I was in the Diaz school as were other Undercurrents reporters during the raid. Some of our footage has been used in the movie so we look forward to seeing the movie.

What happened in Diaz was a frightening power of Police Fascism (many cops were part of fascists groups). Thank you for telling the story like it was.