Historical moment for the welfare of fish 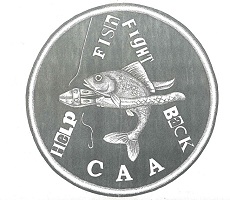 The UK based organisation Fish Protection League (FPL) and the European marine conservation organisation The Black Fish officially merged today to join forces in campaigning for the protection of fish.

The FPL, formerly known as the Campaign for the Abolition of Angling (CAA) has been working for the welfare of fish and against fishing cruelty since 1981. It is the world's first and only organisation dedicated entirely to ending fish cruelty and to raise awareness about fish sentience. The Black Fish is both excited and humbled to be continuing the 31 years of work by the FPL, under its banner.

Wietse van der Werf, cofounder of The Black Fish: “We are very excited to be announcing this news today. Fish are the group of animals which are mostly overlooked in the sentience and cruelty debate. The reason this is a historical moment is that two organisation dedicated to this same principle of protecting fish, are now one. These are major issues which get relatively little attention and are difficult to gather public support for, so this new step is a big deal.”

“We are delighted to be joining forces with The Black Fish and taking the campaign in this positive new direction. By working together, we will become a powerful voice for fish, showing people across the globe that fish are sentient, intelligent creatures worthy of humanity’s collective concern.” – Spokes person, Fish Protection League

The Black Fish is working on a new publication, bringing together public opinion and the latest scientific research on fish sentience. The book is set to be published late 2012.