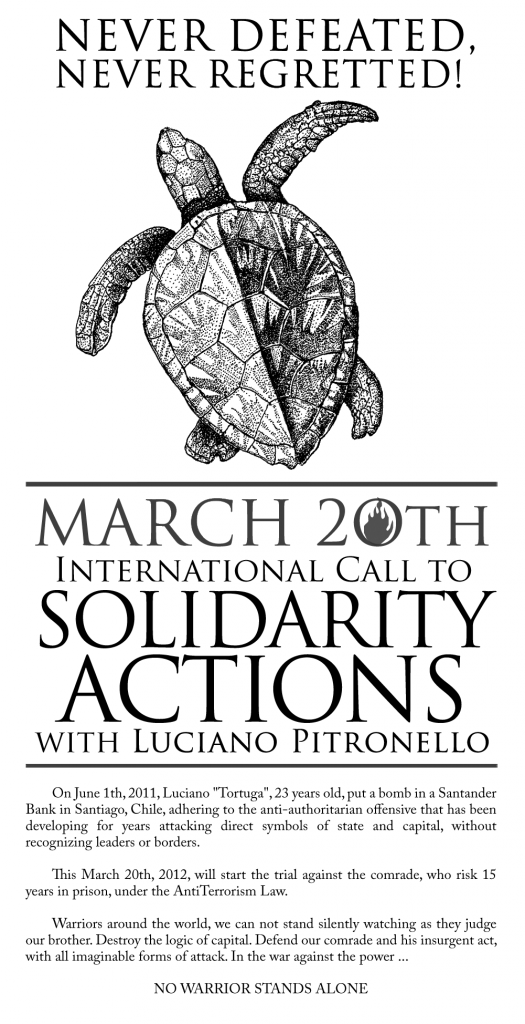 On June 1th, 2011, Luciano "Tortuga", 23 years old, put a bomb in a Santander Bank in Santiago, Chile, ahering to the anti-authoritarian offensive that has been developing for years attacking direct symbols of state and capital, without recognizing leaders or borders.

This March 20th, 2012, will start the trial against the comrade, who risk 15 years in prison, under the AntiTerrorism Law.

Warriors around the world, we can not stand silently watching as they judge our brothers. Destroy the logic of capital. Defend our comrade and his insurgent act, with all imaginable forms of attack. In the war against the power...