Greece, Athens: Day of remembrance and honour for Lambros Foundas 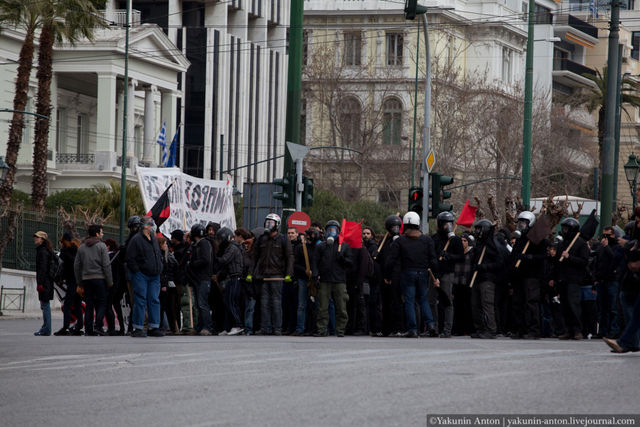 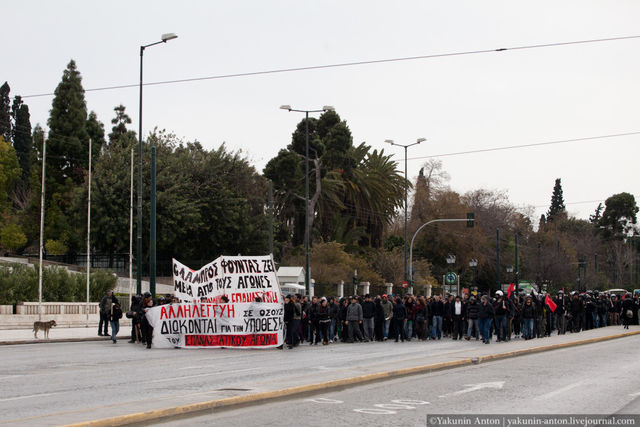 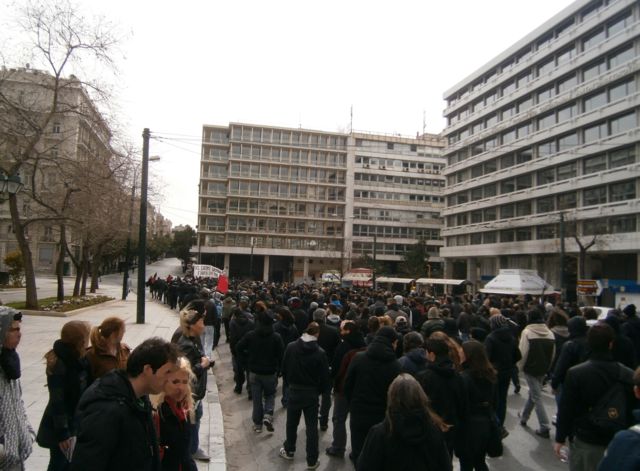 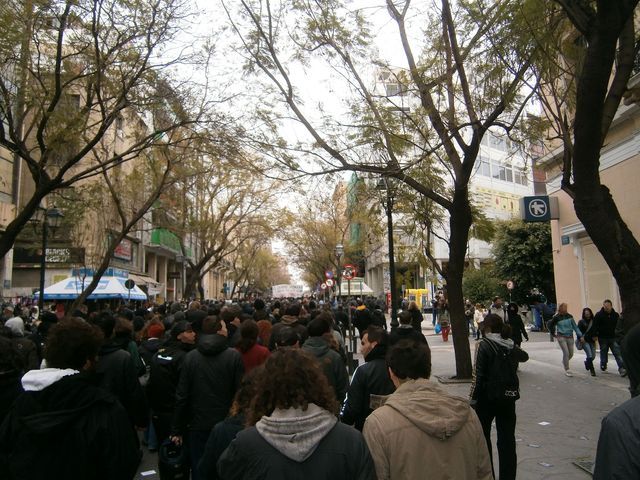 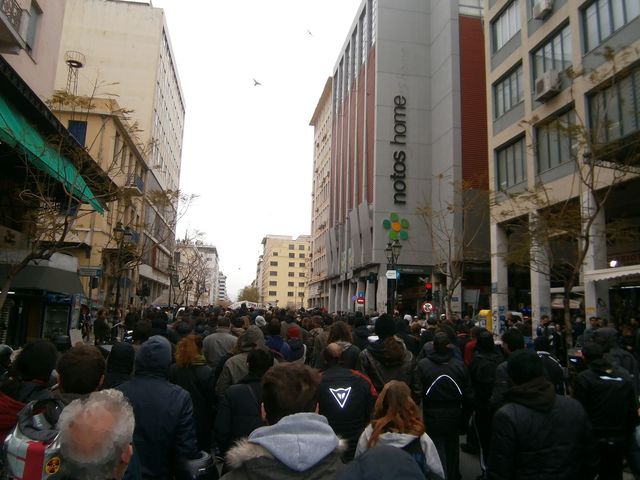 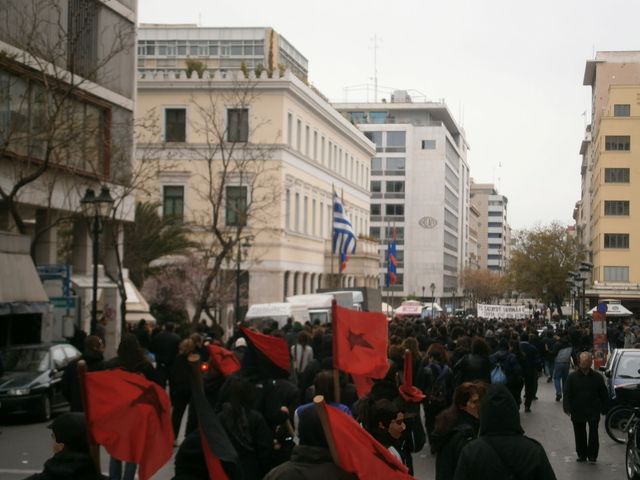 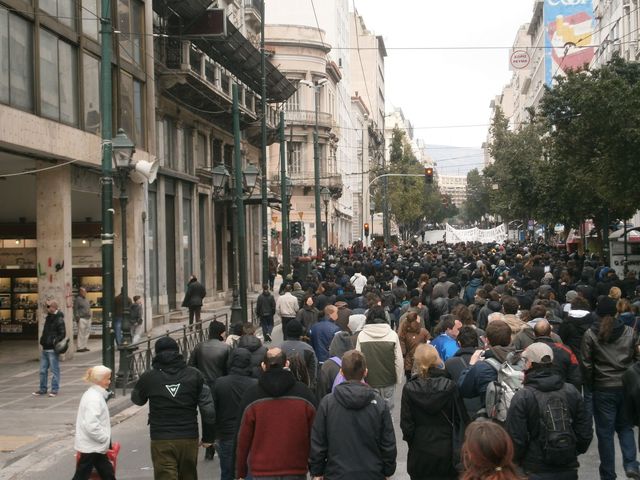 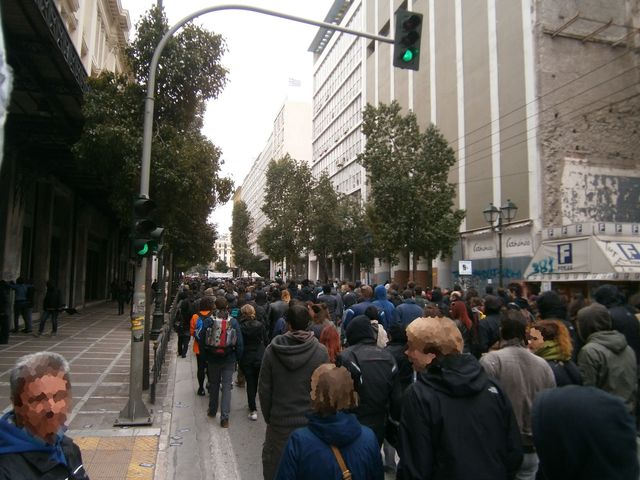 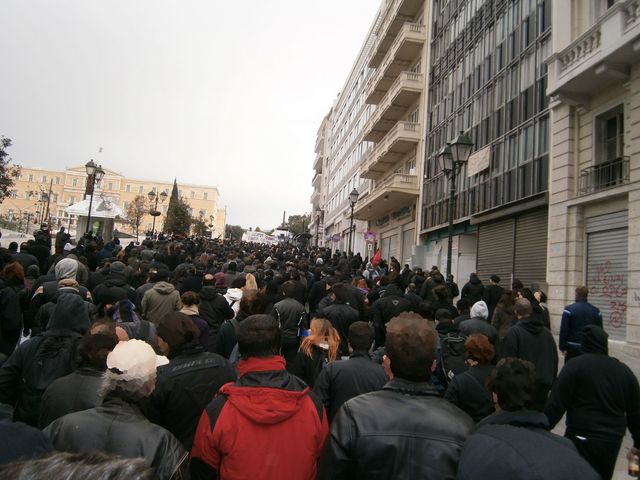 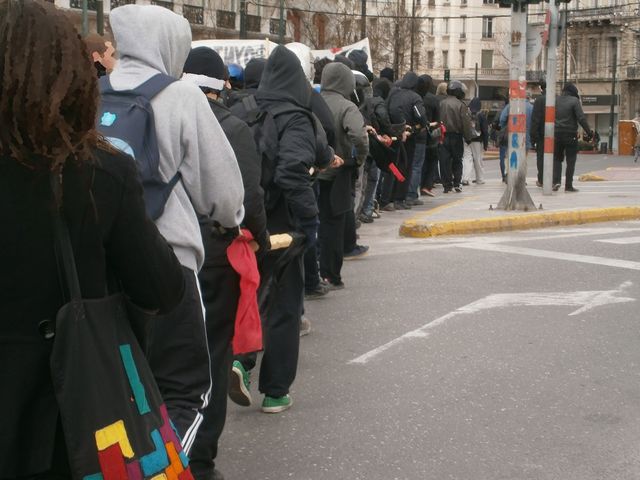 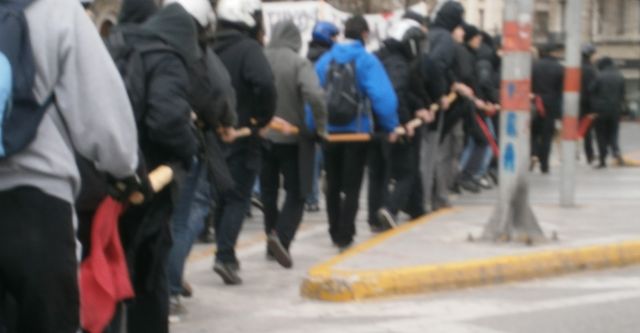 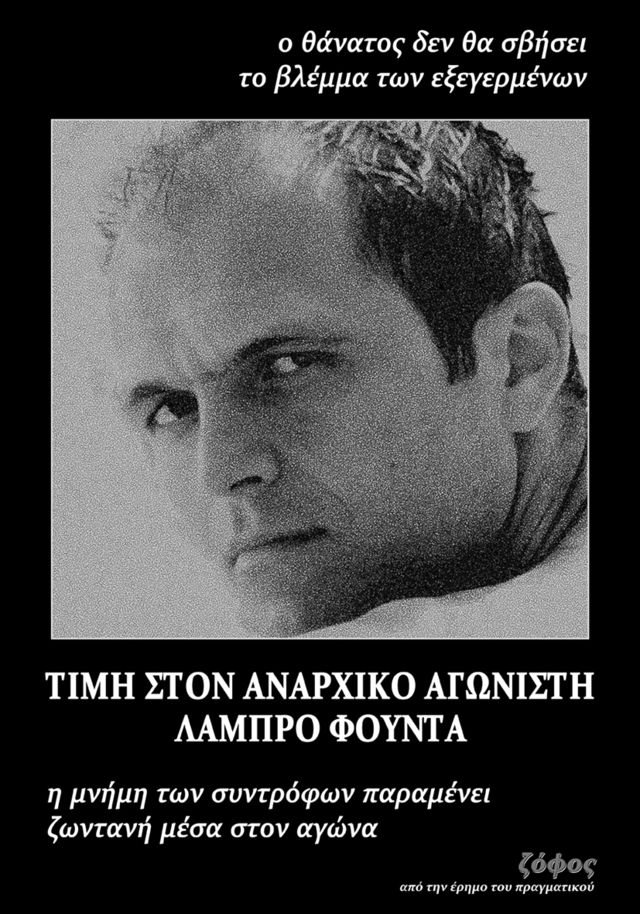 Two years after the murder of the anarchist comrade Lambros Foundas, a march of remembrance and struggle took place on Saturday, March 10th, 2012 [here 1, 2 are some photos from the demo on March 2010].

Many slogans — new and older ones — were chanted such as “Revolutionary Struggle against the Capital and capitalism”, “Lambros is alive within the heart of every revolutionary”, “Terrorism is to look for a job; no peace with the bosses”, “Honour forever to Lambros Foundas”, “Freedom for all prisoners”, “Neither criminal nor political prisoners; set fire to all prisons”, “The State and the Capital are the only terrorists; solidarity with the armed guerrillas”, “People, take up arms; now or never”, “People, you’re starving; why do you kneel down in front of them? People, you’re starving, why don’t you hang them?” (outside the central market Varvakios Agora), “Let Kaminis’ house turn into ashes” (outside the city hall), “The February 12th was only the beginning; forward for a worldwide uprising”, “The February 12th was not enough; next time the parliament must fall”, “Freedom for the members of Revolutionary Struggle; ax and fire for the state guard dogs”, “Cops, KKE [Greek "Communist" Party], neo-Nazis, all scum work hand in hand”, “Praying won’t change the world; let’s expropriate all churches”, “Freedom to Stella Antoniou”. Also, a slogan was chanted in Italian, “Anarchia, Destabilizzazione, Azione Diretta, Inzurrezione” (anarchy, destabilization, direct action, insurrection). At around 15.00 the anarchist demo ended at Propylaea, while many protesters continued to march to Exarchia.

You left with your head held high, the same way as you came,
the same way I met you, as always.
I envy you.
- What is death?
- It’s like total darkness, with time you‘re getting used to
and it does not bother you anymore-.
And you left us behind,
with our remorse and our guilt
and our misery and our doubts,
to find excuses so that we get by,
another day,
and another day
and another day.
I envy you.
Cause you are ok, you’re always ok.
I need you.
To show me what dignity means,
to show me not to fear,
to show me not to compromise.
I need you next to me in the streets and in my way.
And to talk, to talk to me.
And to listen, to hear me.
So I can steal a bit of power from your truth,
a bit of courage from your freedom
a bit of faith from your values.
They say you are a terrorist.
It is true. You are terrorizing our fear, our comfort, our false appearance, our apathy, our empty gaze, our diminished libido, us getting used to the ugliness, our muzzle, our blinders, our handcuffs, the chains that prevent us from becoming dangerous.
There’s something we need to discuss.
Some say they choose not to act because they fear for their petty life. They say they love their life.
Others choose to act for exactly the same reason.
The say they love their life and cannot tolerate their life being wasted.
Tell me, can they both be right?
They can’t.

To the comrade and friend that walked away from this life with his head held high on this day, exactly two years ago.

Anarchist Lambros Foundas, member of the urban guerrilla group Revolutionary Struggle, was murdered by the Greek police on March 10th, 2010.