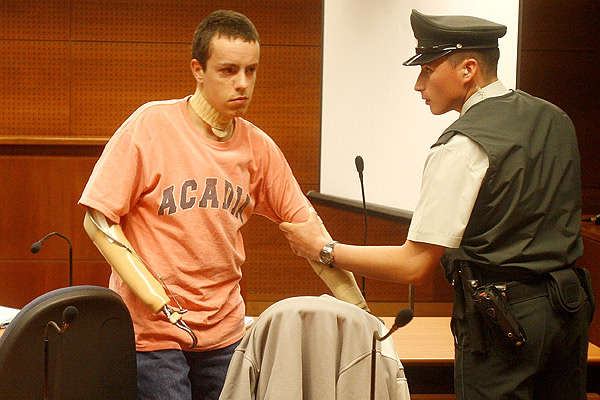 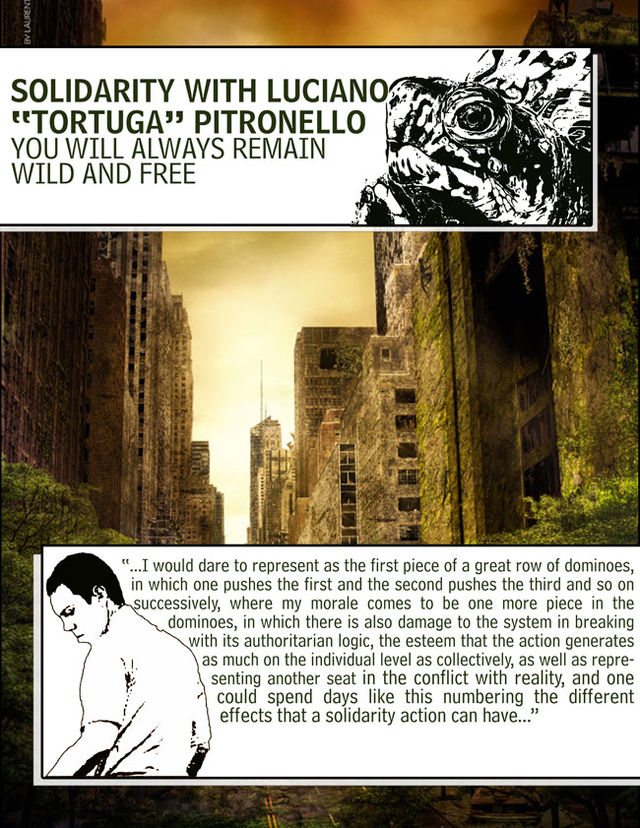 “Solidarity among anarchists is not just a written word”: this has remained demonstrated for more than 80 years, and has to again resonate in the bourgeois ears and thus create fear and the fire in the authority that holds our brother Tortuga captive. We are very close to March 20, the date accorded for the hearing against the compa when the filthy Public Prosecutor will seek a penalty of 15 years and thus turn this into the State’s vengeance against those who are on the offensive against every form of domination and who do not allow the oppressors to sleep. Sisters, brothers, comrades! we cannot remain with crossed arms assuming that it will be others who will place the bomb or raise the barricade, we cannot waste time… This is an invitation to participate in the creation of an environment of tension and of attacks on the structures of power before and after Luciano’s hearing, and to thus to make manifest that in a war, no warrior will be alone, and if someone is going to die, it will be they; our enemies, because our bombs and our incendiary attacks will be very close to arriving at their homes and we are the black plague that will not leave them alone nor even confirm their precarious security systems.

Mauri [Mauricio Morales] once said, “Let us transform our pain into rage and our rage into gunpowder,” and it is now that our prisoners most need insurrectional action, it is now that we must again carry the revolutionary weapon in our backpacks, that which creates revolt that causes fear only for the powerful. There are some small “efforts” such as dreaming, planning, acquiring materials accessible even to a child, that we must carry out in order to create an environment of real and effective solidarity.

Let us socialize the fall of society, let us converse about our brother and let’s spread our ideas and feelings as a contagion, let’s multiply propaganda through the poster, pamphlet and graffiti but even more the attacks are multipliable–the barricade, the bombing, the molotov, etc.

LUCIANO PITRONELLO, YOU ARE NOT ALONE!

written by Some Anti-social Savages