Metropolitan Police TSG officer U1632 attacked an innocent and totally peaceful protestor, from behind, during a demonstration against NHS privatisation, London, 17 March 2012 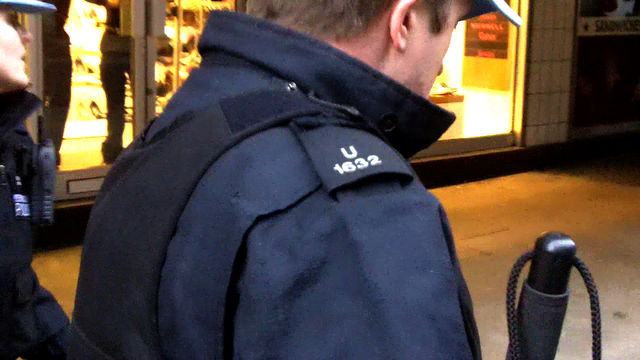 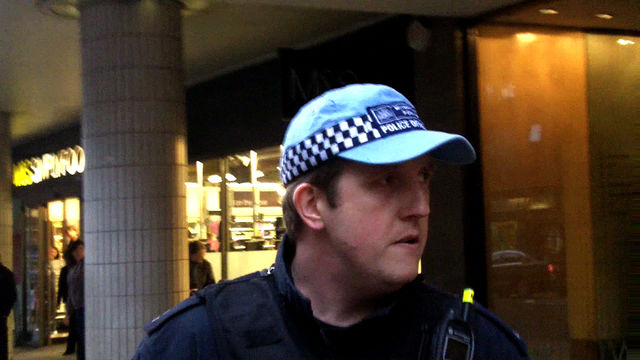 Metropolitan Police Territorial Support Group officer U1632 attacked an innocent and totally peaceful protestor, from behind, during a demonstration against NHS privatisation in London, today, 17 March 2012. U1632 ran up behind the young man and whacked him across the calves with a 2-foot long steel-core truncheon, causing his victim to collapse in agony on the pavement, before hauling him off to an unknown fate, out of sight, behind police lines. The assault took place on High Holborn, by the junction with Southampton Buildings, on the south side of the road (next to M&S and Jones shoe shop and opposite the Cittie of York pub) at approx 4.30pm. If anyone has more photos of this officer please post them here (but please DO NOT show ANY faces of protestors).

The TSG (aka CO20) are normally identifiable by their light blue baseball caps, and are the same unit that killed Ian Tomlinson and were originally created to cosmetically re-brand the Special Patrol Group, who became notorious after murdering Blair Peach. A former Met Police WPC who resigned in disgust over her colleagues ignorance, sexism and casual brutality, said that TSG officers "spend (their) days waiting for action, and far too many officers join seeking excitement and physical confrontation", and said some TSG are ex-army and are "the worst bullies" as they're too thick to realise that "the laws of the battlefield are not appropriate to the streets of our capital" -

Please re-post these photos and info to other blogs and websites. 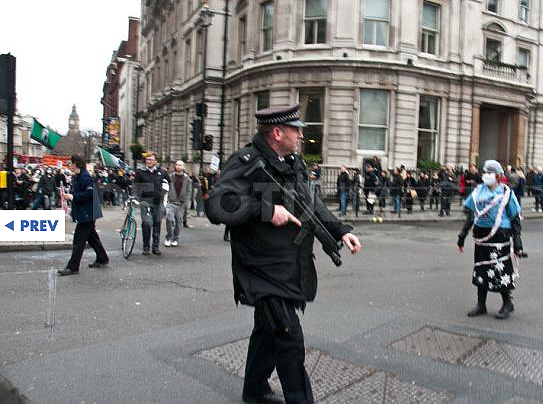 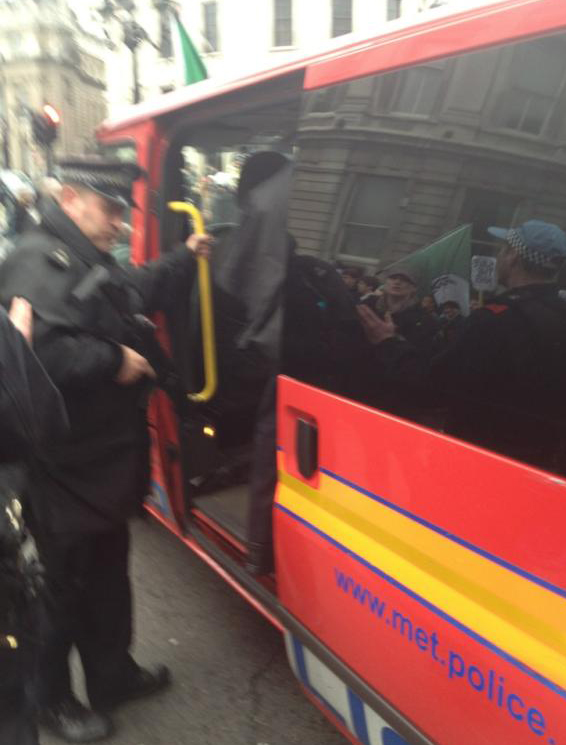 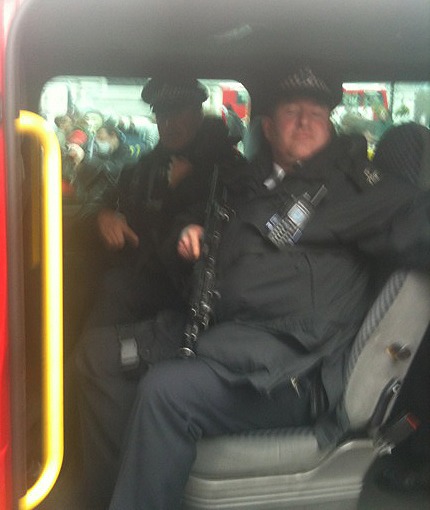