16 March: Report from US Embassy Vigil for Bradley Manning, London

On Friday March 16th, twenty-five people gathered around the demands of "Free Bradley Manning! Drop the Charges" at the U.S. embassy. Friday was the second day of a pre-trial hearing at a military tribunal held at Ft. Meade, Maryland U.S.A. Manning faces 23 charges in relation to cables exposing U.S. war crimes published by WikiLeaks and other major news outlets including the Guardian and New York Times. One charge carries the death penalty, others could mean life imprisonment. 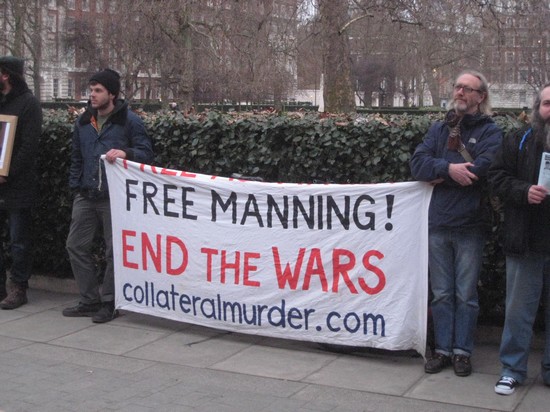 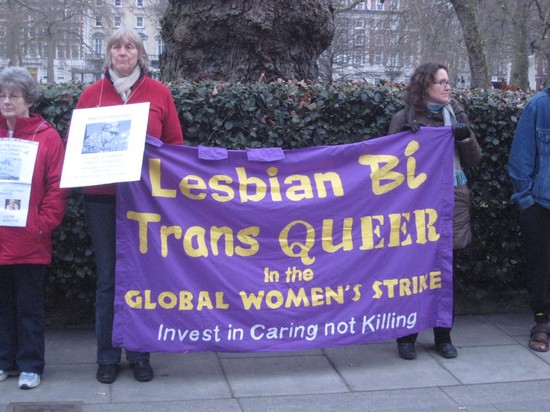 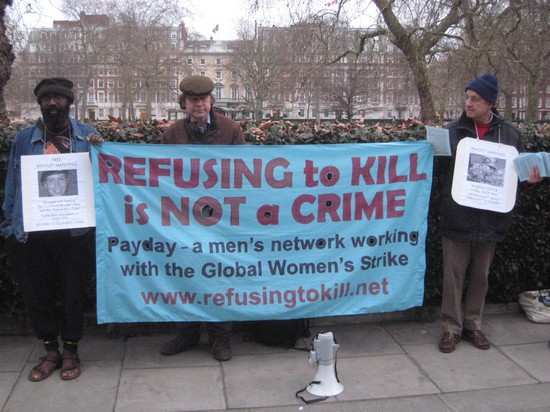 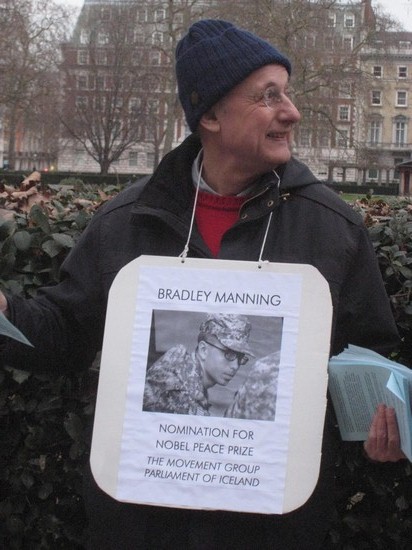 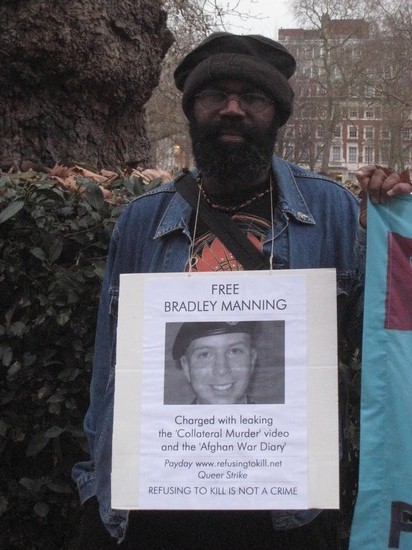 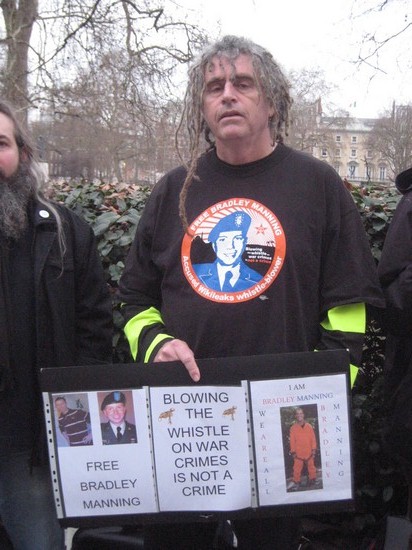 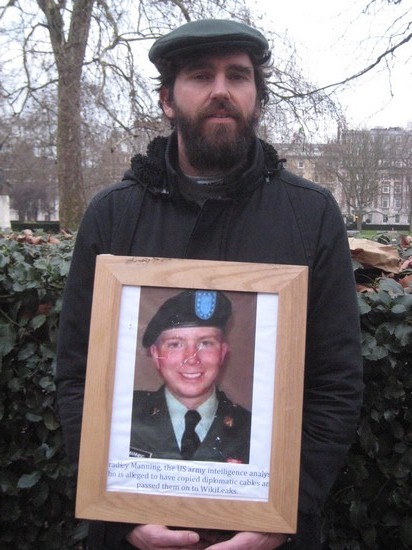 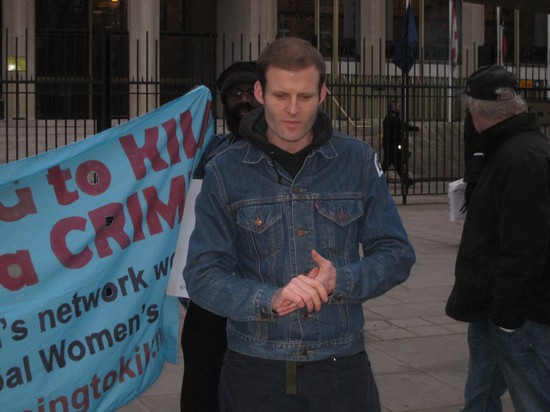 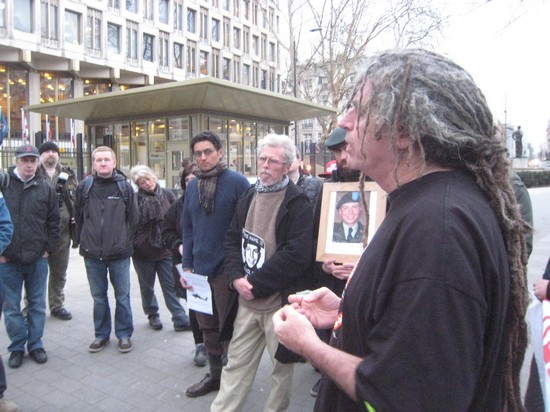 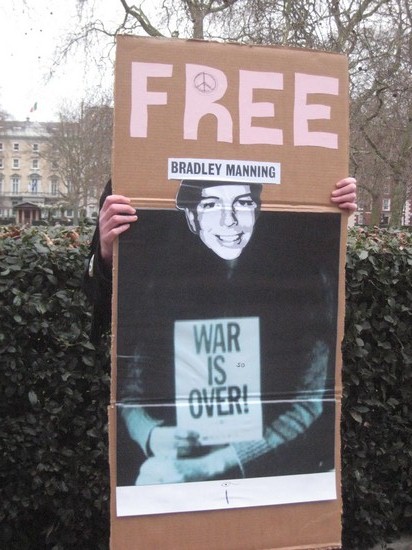 Manning was kept in solitary in Iraq, Kuwait and Quantico, Virginia following his arrest in Iraq in 2010. During his incarceration in Quantico U.S. Marine Base he was tortured. He is presently held at a military facility in Virginia.

Speakers included a wife of a serving British soldier, an American citizen, a British veteran of wars in Afghanistan and Iraq, a Gay Rights advocate, a playwright, and a military resister solidarity activist who briefed those gathered on developments at Bradley's pre-trial in Ft. Meade.

Speakers also reflected on the recent slaughter of nine children and seven adult civilians by U.S. military in Afghanistan. the moral bankruptcy of Obama and Cameron in prosecuting these wars and their pursuit of whistleblowers exposing the war crimes under their and past British and U.S. administrations.