Details of the arrest of Bryn Phillips, his interview with the British Security Services, and the involvement of The City of London Corporation in his arrest. 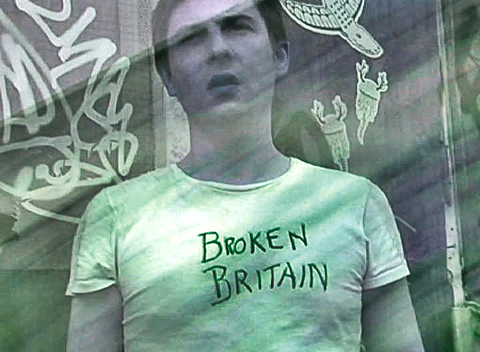 Bryn Phillips, who is a British political prisoner, writes the following:

"Next week I'll be sentenced in Wood Green Crown Court for my limited involvement in last summers riot in Hackney. I threw a Muller light yoghurt at a Police officer in full body armour and pushed over an empty milk trolley.

I was arrested primarily due to the efforts of the City of London Police, which to anyone familiar with the Metropolitan Police's Operation Withern will strike them as odd. Not so odd perhaps if you know of my work, as you'll be aware I'm a notable critic of the City of London Corporation and have been asking them to publish their accounts so that the public can see their total expenditure as lobbyists for the banks. To date, they still refuse. I had clearly become a problem for them. My initial statement which called for democratisation of the city was read by over a billion people worldwide, republished in almost every newspaper on earth and was front page of google news for over thirty-six hours.

When I was arrested it was with the collaboration of the City Police. In court, the prosecutor said that I had come to the City's attention when I 'took the Iraqi bank on Leadenhall Street' - referring to the public repossession of an empty bank in the city which I had planned and executed within the Occupy movement. The bank was later unlawfully evicted. The City of London called in a favour from the Foreign and Commonwealth Office in order to get us out, falsely claiming that we were on Iraqi diplomatic soil. What were they so afraid of that they had to bend the law to this extent just to evict some squatters? In any case, I had come to their attention much earlier than that - in about November, so this was a false claim. There was almost nothing mentioned in my trial about my role in the riots, other than to read out the charges.

Crucially though, what relevance did this squatting case have to an issue like social unrest, which was being investigated solely by the Met, and which had begun six months ago? Could it be that I had begun to be more than a slight irritation to those with unaccountable power, and was actually succeeding in shaking confidence in the undemocratic City? The answer is most probably: yes.

The bungling Metropolitan Police knocked down the door of my old flat at 4 in the morning with a battering ram, screaming at the tops of their voices, only to find I hadn't lived there for a year and that they were in someone else's home. A little bit of forward intelligence might have helped them get this right. Consequently they had to phone me and ask me to hand myself in, which I did.

What's most important to state though, is that whilst I was in Police custody I was signed out by the Intelligence Services and subjected to an interview without tape recorders or a solicitor present. During this interview I was told that I would receive a prison sentence of five years. At this point I was made an offer: If I told them everything I knew abut Occupy's plans for the St. Paul's eviction then I would receive only a month in prison. In addition, I was offered money to go back into the movement on my release to spy on what has always been a peaceful, lawful protest - and to disrupt it. I told them exactly where I thought they should go.

After I was released on bail the Intelligence Services contacted me twice, asking me to meet them on the south bank of the River Thames - and I declined. After all, this is not what democracy looks like.

But some unanswered questions remain:

Why did the City of London Police go to Stoke Newington Police station three days before my arrest? If the Met were so desperate to catch up with me, why hadn't they done it sooner? After all, I was on record using my own name in many news reports around the world during the riots, attempting to explain how they had started and how they had spread. I had always been very open about my presence there.

Next, why did the Police Federation Conference threaten the Home Secretary, Theresa May, with potential social unrest three months before Mark Duggan was murdered? They played her a video of violent steeet clashes on a massive screen, accompanied by the Kaiser Chiefs' song 'I Predict A Riot'? This was part of a protest over cuts to their numbers and pay. Of interest, when the riot did happen, the Police were widely seen by members of the public standing back and allowing shops to be looted and letting the violence spread across London without intervention. They then deployed on the streets the same number of officers as were being cut from the force nationally: 16,000 officers. Perhaps you'd call this 'making a point'? If so, it was a cynical and wicked way in which to do it.

I do not support violence. I attended the riots in order to research them for a book I had been writing, which has been seized as evidence against me. I was merely caught up in events and did very little to contribute to the escalating violence. Indeed, at times I did my best to diffuse it having won the confidence of some of the gang members fighting there.

One thing is for sure, my arrest will become about a lot more than a charge of violent disorder. In due course we will expose the Police force as having exacerbated the riots for their own gain and we will also seek to expose the way that the City of London and the Security Services attempt to undermine lawful, peaceful protest in order to stifle debate and inhibit democracy. It's this assault on our democratic freedoms that most likely led to the riots in the first place."

anon@indymedia.org (Bryn Phillips and Laura May)