Amazing footage of an Antifascist attack with yogurts and eggs in Greece during a live TV interview. 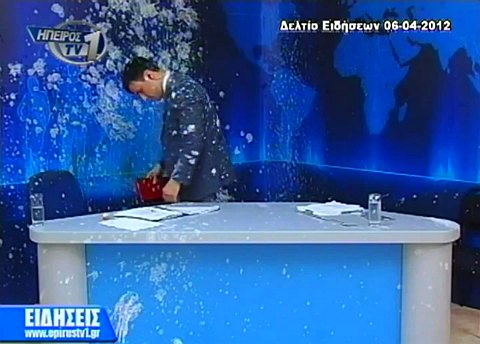 Amazing footage of an Antifascist attack with yogurts and eggs in Greece during a live TV interview.

The TV presenter was attacked in this manner because a week before he hosted an interview with the representative of the greek Neo-Nazi party "Golden Dawn".

It has to be reminded that the aforementioned fascist party was being supported in his emetic “manifesto” by the psychopath mass murderer Anders Breivik, the perpetrator of the 2011 attacks in Norway, where he murdered 69 people, mostly teenagers.

See The Video at