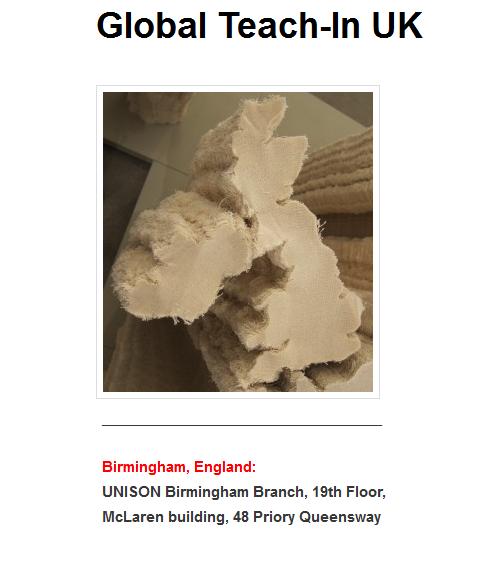 http://www.timeanddate.com/library/abbreviations/timezones/na/edt.html. This interactive and participatory event will include discussions by experts, grassroots activists and citizens at large concerned about developing solutions to policy problems and creating alternative institutions. The Teach-In will involve face-to-face deliberation, teleconferencing and an internet-based broadcasting network. Local teach-in groups already exist or are in formation. Participate by organizing a teach-in, joining a local group or listening to the broadcast.