David Moyo is a young Zimbabwean refugee, and an activist against the Mugabe regime. The British Home Office is trying to forcibly remove him to Zimbabwe tonight, from Heathrow via Nairobi on Virgin Airways flight VS671 at 9pm. If he is taken to Zimbabwe he will face imprisonment, torture or even death. 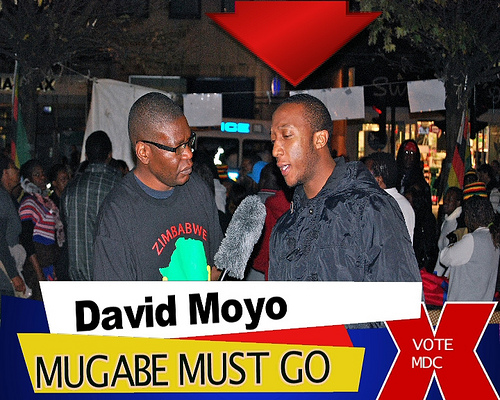 David is 24 years old. He has lived in the UK since he was 14. He and his mother Angela are members of the Zimbabwe Vigil campaign, which holds demonstrations every Saturday outside the Zimbabwe Embassy in London calling for an end to the brutal Mugabe regime. David has been photographed and appeared on TV criticising the regime. This means that his life is in serious danger if he goes to Zimbabwe.

“My son's life is in terrible danger,” says his mother Angela. “He is an innocent boy who has committed no crime, he only wants to see freedom for his country. Please help us.”

Why does the British Government condemn Mugabe, but send Zimbabwean activists back to their deaths? Why can't David be granted sanctuary and the chance to live a life free from fear?

It is up to the pilot of flight VS671 whether or not he takes David on the plane. In the past, many pilots and airlines have refused to carry people being deported by force. Passengers and airline staff have refused to be part of forcible deportations.