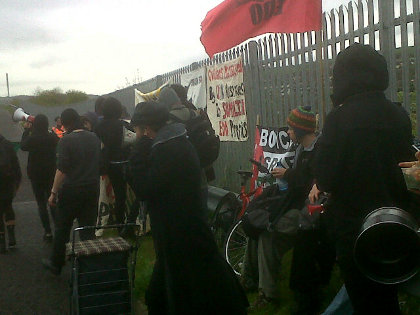 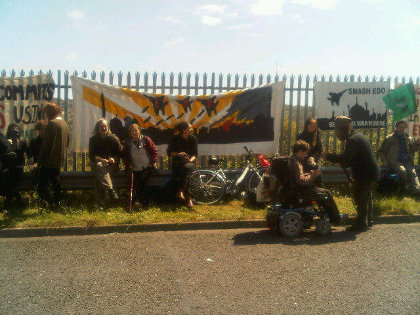 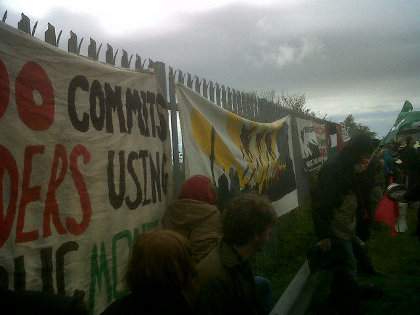 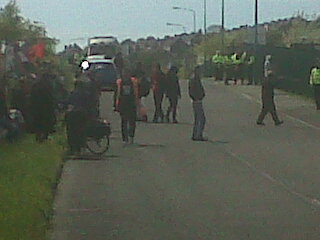 The summer of resistance kicked off with a bang with a sixty strong Mayday demonstration outside the gates of ITT Exelis. Activists banged pots and pans, sirens blared and a sound system blared out protest songs.

Sussex Police were out in force with at least ten riot vans positioned around the factory, an Evidence Gathering Team (EGT) and officers from the London Forward Intelligence Teams (FIT). One crap arrest was made and activists are now holding a solidarity vigil outside Hollingbury police station.

We will be back at EDO tomorrow at 4pm holding a Bad Music demonstration – bring your Bassoons, clarinets,didgeridoos or whatever… And remember to play as badly as you can.