Smash EDO Summer of Resistance: Down the Drones 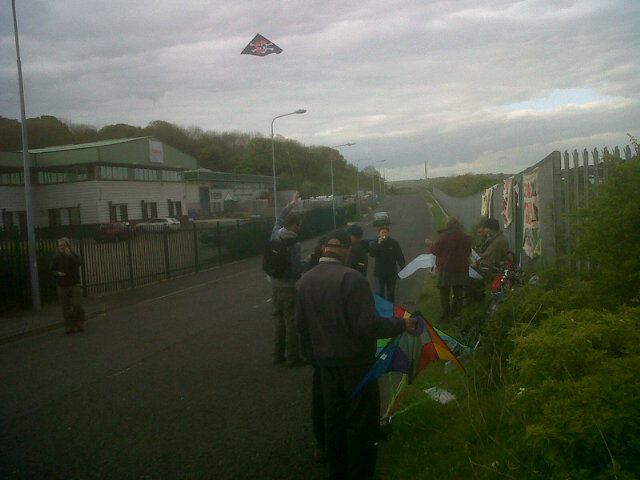 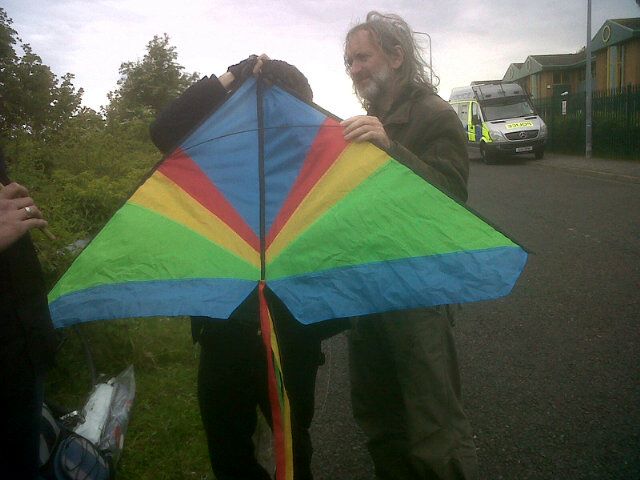 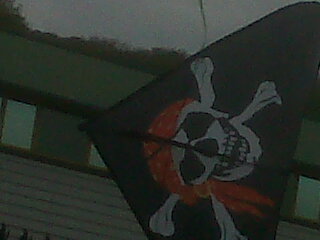 A colourful demo was held at EDO MBM today, protesting EDO's manufacture of drone technology for the US and elsewhere. Activists waved flags and made lots of noise with bells, a sound system, horns, pots and pans.

Later on in the demo kites were flown over the factory to remind the workers of what its like to be constantly underneath the drones. We even rigged up a kite to take some surveillance footage, aerial footage will be posted soon.

EDO have been involved in US drones for years (see, for example,

http://edition.cnn.com/2012/05/15/world/meast/yemen-violence/index.html), at least eight of those people were civilians. Drone strikes are part of a policy of extrajudicial assassinations, illegal under international law.

We will be holding a public meeting about drone technology, with Chris Cole of Drone Wars UK, tomorrow evening at 7.30pm at the Friends Meeting House on Ship Street