Take the Flour Back defend Direct Action on Newsnight

Jyoti of Take the Flour Back defends the role of direct action in defending farmers and our food system.... and cuts through all that GM 2.0 nonsense.
Ever taken part in a public consultation? Maybe you took part in the UK's biggest ever public consultation "GM nation", well guess what, they didn't listen, despite a resounding 'NO' from the British public, the government has carried on pumping public money into trials and the promotion of GM science.
Not a massive surprise given DEFRA head Caroline Spelman's previous job as a GM lobbyist, who stated in her first interview that she intended to make the con-dems the most 'pro-gm government ever'.
What is surprising has been the response of the liberal media and even many activists... 'but this is publicly funded, this isn't Monsanto - I know they were bad, but...' We all know they were bad, even the people who used to say they were good (such as many of those doing the current research) now say they were bad.
When did the fact that we are paying for 'their' research make it a good thing? I say 'their' because we don't want it, the UK public don't want it, UK wheat farmers don't want it, Via Campesina and all the other peasant organisations in the global south have stated they don't want it.
A further intensification of the food system through patented seeds that seek to address problems that only exist in intensive mono-cultural farming is not the future we want. In fact it threatens the very seed diversity which will be our greatest weapon in dealing with changing weather patterns.

If you missed Newsnight watch it here:

Audio of the newsnight debate


Download: Jyoti from Take Back the Flour on Newsnight - mp3 16M 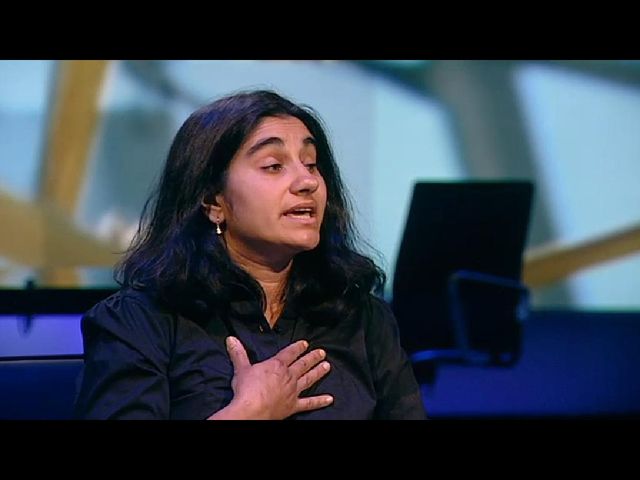 Jyoti from Take Back the Flour on newsnight

Audio of the debate, for those unable to access it on iplayer.