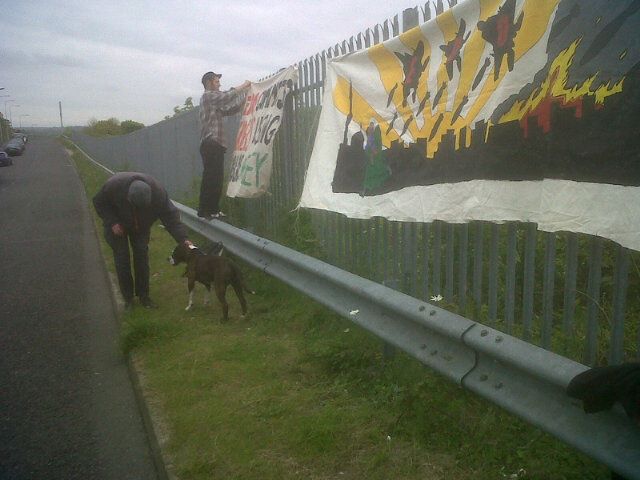 Demo being set up

A group of us held a noisy demo at EDO today with sirens blaring and a sound system playing Palestinian hip hop. The factory called the police and a van turned up, but kept their distance.

Its almost the end of the third week of the Summer of Resistance. Next week we'll be bringing the noise of war to the factory gates on Wednesday at 4pm, there'll be loads more too... watch this space.

Later in the afternoon Smash EDO held a workshop in the squatted co op department store as part of the Squatters Convergence.

....also there was a film showing of 'On the Verge' in the evening at the International Squatters Convergence.