Four solidarity events by supporters from the WISE Up for Bradley Manning network took place on Wednesday 6th and Friday 8th June as Bradley Manning was back in court for another pretrial hearing. These were in Chester, London and Exeter as well as Brisbane, organised by our man in Oz, Ciaron. 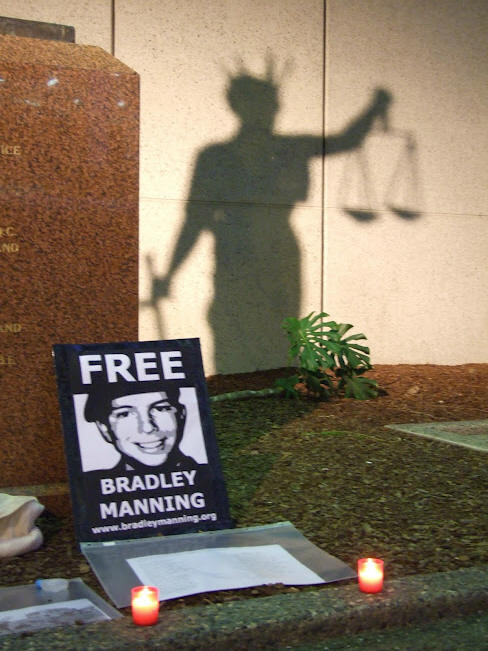 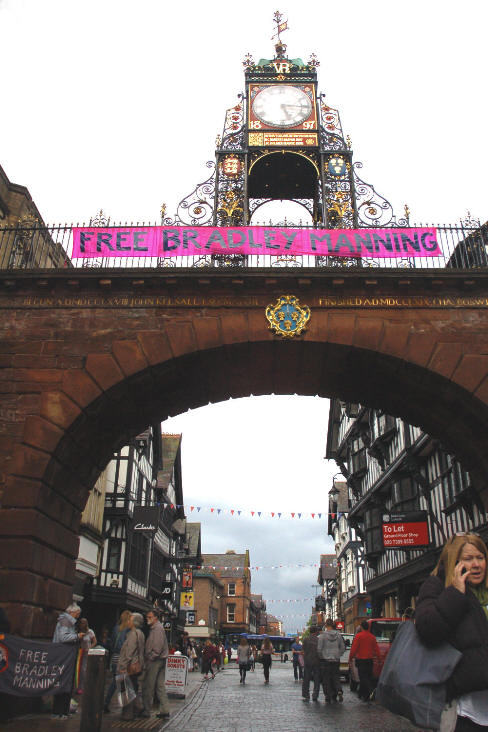 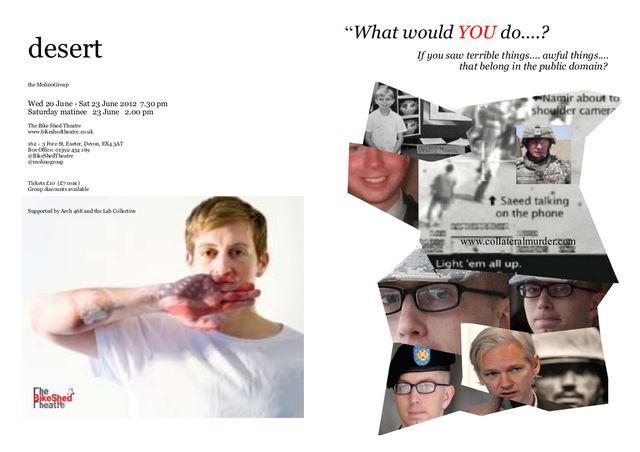 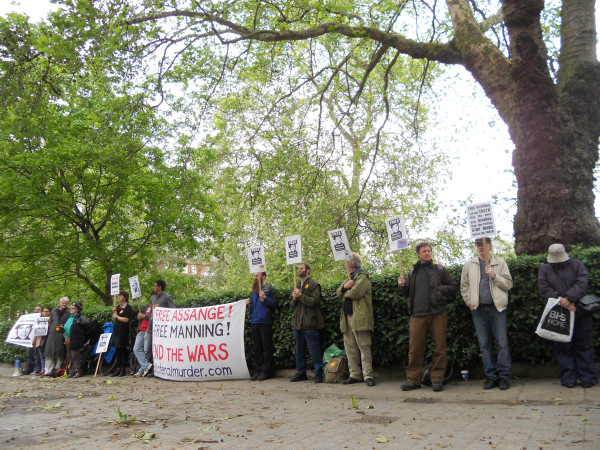 The Brisbane event on 6 June was first in the series, given the nine hour time difference. 12 people held a vigil from 2-6pm local time outside the Supreme Court near the statue of Themis, decorated with images and artefacts and transformed into a shrine for the collateral damage of U.S. led (Australian and British following) wars in Iraq and Afghanistan with a pair of combat boots, a traditional Afghan hat, images of war dead, Bradley Manning, Julian Assange and right slap in the middle an image of 'Obama Torturer'.

The vigil continued through peak hours with lots of pedestrian traffic, lots of lawyers and judges and the like passing by.

The Chester vigil was also held on 6 June. Our fluorescent pink banner was displayed from 3pm - 5.30pm under Chester's most prominent landmark, the Queen Victoria Diamond Jubilee Eastgate clock on the city walls as they cross the main shopping thoroughfare. This attracted the attention of many tourists and their camearas. Leaflets and sunflower seeds were handed out from the arch underneath the clock and we had good conversations with interested passers by, several of whom signed up to get involved in the solidarity campaign.

Report on the vigil along with a few more photos here.

The solidarity event in Exeter went ahead on 8 June in spite of gale force winds but later than planned.

"Information was handed out about Bradley, the upcoming play in Exeter, about how the Court Martial is playing, as well as the 'War on Terror' and transparency issues, WikiLeaks, and Julian Assange's case at the Supreme Court.

"When we finally managed to get our 'display' up, we found that people were coming over and expressing interest. More people than usual seemed to know something about the case. A young man who said he intended to make a career in the Military after Uni, deliberately stopped to say: 'it's right that these things should be exposed.'

"We realised that the War Memorial is an excellent place to focus street activity on in the next couple of weeks leading up to the play and decided to come back several times to hand out more leaflets and promote 'desert' along with interest in Brad's case, as a way of capitalising on the exposure that the play represents."

23 people attended the vigil in London outside the US Embassy from 3pm on 8 June.

"We stood in silence in front of the Embassy holding banners and placards in support of Manning and Assange. Then in a circle we introduced ourselves to each other and some of us gave contributions on ideas of what to do next and updates on Manning and Assange's situations. we agreed to be there again on 25 June for the next motion hearing."

Read more about this week's motion hearing here and at WL Central.

See also: WISE Up for Bradley Manning and the international support network bradleymanning.org.


WISE Up for Bradley Manning