The Queen has vast, secret, Bank of England shareholding

At last making some real headway with this vexing question of who owns the shares of the Bank of England. This ain't nationalisation ma'am! 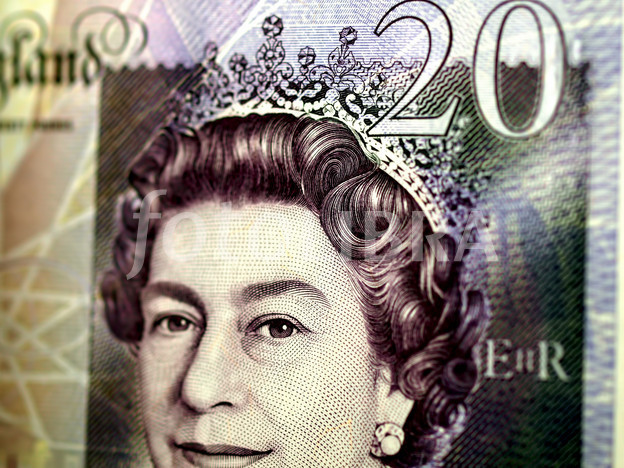 2 Extracts from
WAR OF THE WINDSORS
A Century of Unconstitutional Monarchy
By Lynne Picnett, Clive Prince and Stephen Prior
With additional historical research by Robert Brydon
Mainstream publishing ­ 2003
ISBN - 1 84018 766 2

EXTRACT 1/2:
THE BANK OF ENGLAND NOMINEES
In early 1973 new legislation governing the ownership of shares was proposed by the Heath Government. This would force stockbroking companies to disclose the names of the individuals on whose behalf they bought shares (to prevent them gaining a controlling interest in a company by buying shares in several different names). The Queen was concerned that this would mean that details of her private investments would be made public, which would allow her personal wealth to be calculated - which the royal family had always strenuously avoided - and asked her Private Secretary, Sir Martin Charteris (who had succeeded Sir Michael Adeane in 1972), to express her anxiety to Edward Heath.
The legislation was delayed, but eventually became law - under Labour in 1976 as the Companies Act. However, a special clause was included that exempted a new shareholding company, Bank of England Nominees. This was established with the purpose of handling investments solely on behalf of heads of state and their immediate families. This allowed the Queen's investments and those of her family - along with those of other heads of state, such as the Sultan of Brunei, who were quick to take advantage of the exemption - to be effectively concealed. Extraordinarily, not even the Chancellor of the Exchequer is permitted to know about the Queen's personal investments.
Andrew Morton writes:
The result of this legislation has been to cocoon further the royal finances in a web of mystery. Journalists who delve into dusty share registers find the impenetrable phrase 'Bank of England Nominees' staring back at them when they try to find a hint of royal investment in a company.
The justification for the clause was that public knowledge about where the Queen invested her money might influence the market. However, that this was just an excuse is revealed by a memo sent from the Palace to the Government saying that it is 'to be congratulated on a neat and defensible solution'. In other words, the Palace were pleased that the Government had come up with a way of justifying the secrecy.

EXTRACT 2/2
........Thanks to the legal privileges she enjoys - such being able to hide her investments behind the screen of the Bank of England Nominees - the Queen's personal wealth is literally incalculable. There is no information available to enable it to be calculated with certainty, although a recent analysis by the Independent estimated Elizabeth II's personal fortune to be around £175 million. Of course, the question can fairly be asked why her subjects need to know about her private means, which are quite separate from the government funds intended to pay for her expenses as Head of State. But the distinction is not always clear: for example, although the estates at Balmoral and Sandringham - acquired in Victoria's reign - are said to be the Queen's private property, there is evidence that Victoria and Albert acquired them at least partly with money diverted from the Civil List, in which case surely the state has a claim on them? And when these houses are occupied they are paid for by the taxpayer, on the grounds that wherever the Queen is she is always the Head of State.
What of the Royal Collection - the works of art that according to one estimate are worth around £7 billion, and which contain three times as many paintings as the National Gallery? In theory the Queen holds all these 'in trust' for the nation; in practice she alone possesses them, while they remain largely unseen by the rest of us (at anyone time, less than a half of a per cent of the collection is on public display). There is also the very vexed question of the 'grace and favour' properties, paid for the state but occupied by......


WAR OF THE WINDSORS
CONTENTS
Acknowledgements
Prologue
1. 'A Kingly Caste of Germans'
2. 'The People's Prince'
3. 'Christ! What's Going to Happen Next?'
4. 'A Kind of English National Socialist'
5. 'The Most Unconstitutional Act'
6. 'The End of Many Hopes'
7. 'The House of Mountbatten Now Reigns!'
8. 'That German Princeling'
9. 'In Spite of Everything, He was a Great Man'
10. 'After All I've Done for this F-ing Family'
11. 'There are Powers at Work in This Country About Which We Have No Knowledge'
Notes and References
Bibliography
Index