This is an opportunity to raise awareness of the Apartheid nature of the Israeli State and the need for a sporting boycott of teams that act as virtual ambassadors for Israel. 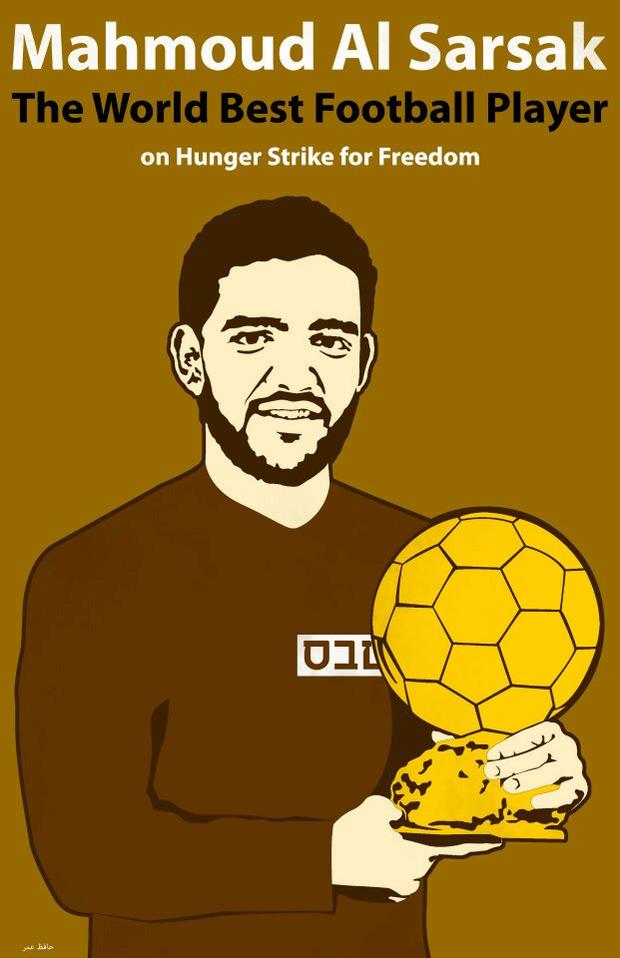 Palestinian teams have consistently been refused visas to travel to competitions, and restrictions on movement both within the West Bank and between the West Bank and Gaza further compound the difficulties that Palestinian footballers face. In 2006 the football stadium in Gaza was bombed by the Israeli Army.

The fate of Mahmoud Sarsak shows the true nature of Israeli apartheid: Mahmoud is a footballer who plays for the Palestinian national team. He is now on his 81st day of hunger strike* – in protest at being detained by Israel for almost three years without charge or trial. Mahmoud Sarsak, 25, was seized by Israel whilst travelling from Gaza to the West Bank to train, and is one of a number of Palestinian prisoners who remain on hunger strike.

The sporting boycott against South Africa was one of the most effective tools employed in ostracising that state and revealing to the world its Apartheid regime and disregard for human rights.

(* info correct as of Thursday 7 June 2012. UPDATE: On 13 June, Sarsak agreed to take milk to preserve his life until his case comes before the Israeli Supreme Court on 14 June)

Football activism group in solidarity with imprisoned Palestinian footballer and all hunger strikers:

From the exit of Wrexham General Station, turn right (onto Mold Rd A541). The football stadium is about a minute up the road on your right (on the A541 roughly midway between the town centre and the junction with the A483 by-pass). From King Street Bus Station, head out of town on Regent Street/Mold Rd, go past Wrexham General Station and the football ground is on your right. It's about 5-10 min walk max.