London ABC and friends make some noise in solidarity with prisoners inside HMP Brixton. 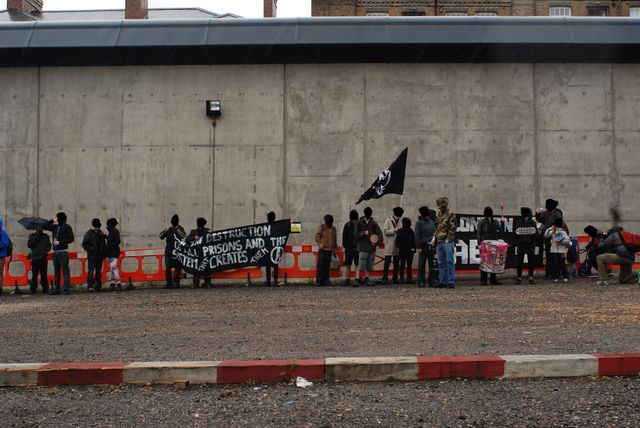 London ABC thought the jubilee was pants, so on the 5th of June 2012 we organised a noise demo at Brixton Prison to show solidarity with all those incarcerated in ‘her majesty’s prisons’. Despite the rain, between 30 and 40 people showed up and brought along a couple of awesome banners, really massive drums and some vegan cake. There was only one cop around for most of the demo. Despite the cop and a couple of over zealous screws unsuccessfully trying to lock some of us into the parking lot, there were no arrests and we were heard by some prisoners inside. There was even a mention of the demo on prison radio! Thanks a lot to everyone who came down and made noise, seeya next time.