Decision (not now) expected any time on Assange asylum application

Reports from supporters outside the Ecuador Embassy in London are that a decision is expected any time on Julian Assange's asylum application.

Supporters welcome at ongoing vigil outside the embassy. 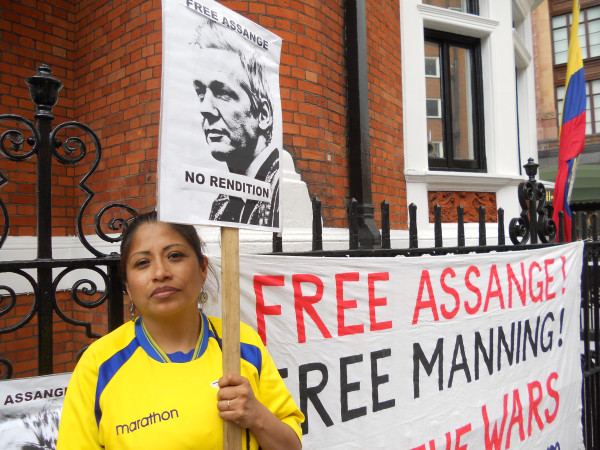 supporter outside the Ecuador Embassy, London

Media has dispersed. Looks like no decision on asylum today.

Update: 6.30pm John Pilger has emerged. a Tweet by RT News that Pilger said Assange was going to appeal to the ECHR appears to be inaccurate. Veterans for Peace UK, supporting outside the embassy, comments: "I heard him [Pilger] say #wikileaks are building a dossier of threats to #assange from USA to build case for asylum."

5.45pm About 30 Assange supporters right now and lots of media, waiting for a statement.

A vigil has been maintained outside the embassy since Assange took refuge there on Tuesday.